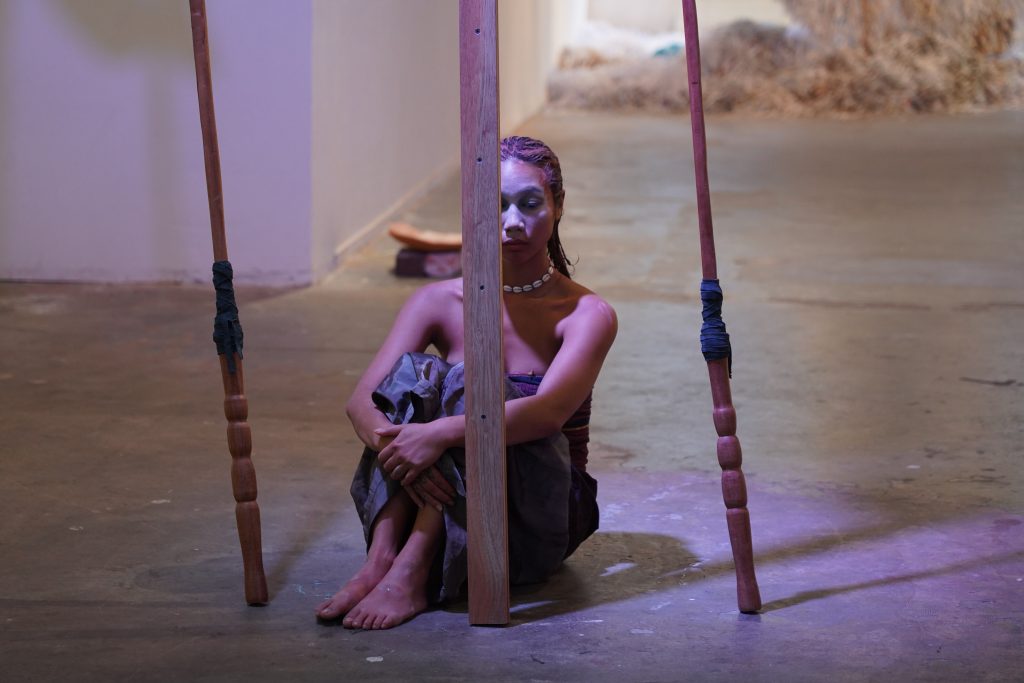 On 26th of November, artist Ratri Notosudirdjo is hosting an OPEN DAY that will showcase one of the performances she and 8 other participants have worked on during her one November’22 residency at WORM.

UUAHIB is a moving landscape animated by sound and motion, sublimated under a large textile. During the residency the group has composed a fictional language, translated from the decaying bodies of beanstalks. They have also choreographed the performance that expresses the stories of potential landscapes through the formation and movement of their un-uniformed collective body.

You will have the opportunity to dive into the performance youself, talk to the performers and enjoy some coffee and tea!

ABOUT RATRI NOTOSUDIRDJO:
Ratri Notosudirdjo was born in Jakarta, Indonesia. Following her family’s immigration, she was raised in different towns and cities across North America. Her research and practice engage in de- and postcolonial theory, centring on contemporary mechanisms of the cultural and poetic identity and often forming new languages, new rituals, and new meanings from them. The works reconstruct these new forms through the exchange and bridging of cultural and existential realities, resulting from cross-disciplinary work processes that engage collaboration with an array of creatives in Rotterdam.

Discover more about the 2022 residency of Ratri here.

This project is part of WORM’s WunderPlatz x SKILLS programme and was curated by Henrietta Müller.

Want to know more about Ratri. Read an interview during her first residency at WORM in 2021
Follow Ratri on Instagram here