Heidi Hörsturz was curator of VIVITECH (31st of October 2019), an evening of audiovisual performances: https://worm.org/production/vivitech/

In January 2020, she presented a sound and video installation in WORM.

Suffocating. That’s the first word that comes to my mind when I think about Heidi Hörsturz’s video installations. Colourful and epileptic, her work provokes mixed feelings: repulsion, attraction and curiosity. It sounds like the lexical field of fascination, and like the usual reaction towards the topic she explores: how do virtual areas and technological evolutions impact the construction of our [digital] identities. She uses elements and visuals from internet pop culture combined with tough electronic sounds, in order to question hyper self-representation, or the division between “real” and virtual identity. In other words, Heidi seems to belong to the post-internet movement (or wave).

Even though some pop elements related to her work are displayed in her work space (mangas, vinyl records, toys), Heidi’s studio is a spacious, quiet and fairly minimalist room. As she explained, she only needs her computer and various mixers and synthesizers to create. Electronic sounds and digital images are her mediums to depict the digital world she evolves in.

WORM: You seem to position yourself as an observer rather than a critic of contemporary online cultures. How do they impact you and our society?

HH: The Internet is a source of knowledge and a great tool to interact and share information. I consider it as a positive evolution, not much different from the invention of the printing press. Embracing it makes me step away from the post-internet movement. It became a part of our daily lives, even if it’s still a privilege. Not everybody can have access to it or knows how to use it.

…I think that the Internet mainly impacted our perception of body aesthetics. People have the possibility to curate their image, and fully control the way they present and express themselves in this second life. Online representations are illusions.

WORM: What is the difference between the way we curate digital self-representations and the way we control our image in the physical world?

HH: When I mention the digital image, I mainly speak about social media. It’s easier to control the way people perceive you when you choose what you publish, how and when. In the physical world, you can’t hide or modify your physical appearance or act all the time. I am fascinated by the way this artificiality dehumanises us.

WORM: Your description of digital representations sounds similar to the theories Guy Debord develops in The Society of Spectacle*. Do you consider the “spectacle” as an alienation?

HH: I disagree with Debord’s critique. The “spectacle” isn’t only negative. I think that people are really aware of the mechanisms behind those representations. Artificiality is always controlled by people. It’s not good to focus only on this aspect to analyse contemporary dynamics. The digital revolution had a positive impact on our society, it improves connections and interactions between groups and individuals, and makes our society less segregated. The alienation comes from the capitalistic system, not from the dematerialisation of a part of our lives.

…However, I have to admit that being surrounded by those artificial elements in big cities is a problem, but not much in Europe. For example, I remember how saturated the space was, when I was in New York. There, you can’t escape visuals and advertisements; screens and lights are everywhere. This confrontation of artificial illusions had something fascinating but also oppressive.

WORM: The way you question and incorporate this artificiality in your work is at the same time seductive and humorous, but also dark and stressful. Would you call it dystopian?

HH: Yes, because our world also has something dystopian. In my art, I only use artificial elements picked from the real world. For example, self-curation is by essence artificial, fit bodies fed with protein powder are artificial… I try to accentuate these dystopian and absurd aspects by combining them with sexual elements, like nudity and Hentaï. However, my goal isn’t provocation but confrontation. I sincerely appreciate [using] these aggressive aesthetics, there is poetry and beauty in dystopia.

WORM: Because it questions cultural and social dynamics, I see your work as political. Would you call yourself an activist artist?

HH: Indeed, my work is political. The unpolitical doesn’t exist because every action and every thought impact “the real”. But my position is paradoxical: depicting and questioning society makes me an activist, but I do not offer any alternative, at least not with my art. I just enjoy the beauty of dystopia, and I am fascinated by things I don’t understand. In general, people stop being interested in something when they start to understand it; the unknown is more powerful.

WORM: Is this fascination for the unknown a way to understand and portray yourself?

HH: My art portrays more society than myself. The female bodies I represent are not mine, but exaggerations of the stereotypes surrounding me. If I had to summarise my practice in a sentence, I would say that  I show the intensity, the speed and the mess of the world, in a more compact form. 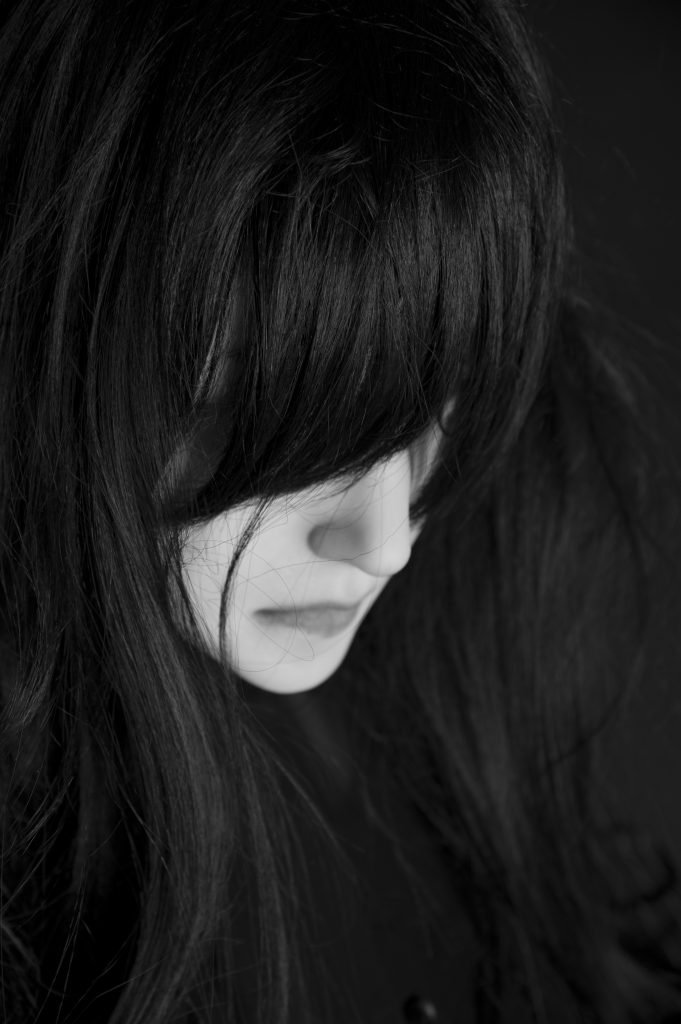 Chapter I thesis 1 “In societies dominated by modern conditions of production, life is presented as an immense accumulation of spectacles. Everything that was directly lived has receded into a representation.”

Chapter I thesis 4 “The spectacle is not a collection of images; it is a social relation between people that is mediated by images.”