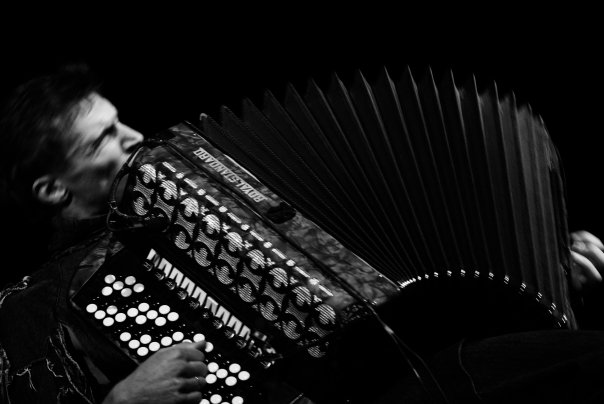 Yegor Zabelov is one of the most original accordion players in Eastern Europe. He is a composer, an author of music for theatrical performances and movies. Zabelov’s music can be described as an experimental mix of accordion, avant-garde, jazz and neo-classical sounds. He’s known to produce amazing sounds beyond the usual accordion music. Zabelov himself finds influences for his compositions in minimalist classics: Philip Glass, Steve Reich, Michael Nyman and also Arvo Pärt, Finnish experimental accordionist Kimmo Pohjonen and jazz trio Esbjörn Svensson Trio. Trust us he is MIND BLOWING live. Not to be missed.

Laura Agnusdei is an electroacoustic composer and saxophone player from Bologna (IT). Her compositions feature the saxophone as the main voice within sonic landscapes that shift between melodies and textures, the song form and improvisation, fusing acoustic, digital and analog sound sources. Her first album Laurisilva is composed of six tracks that invite the listeners to explore an imaginary landscape made from sounds growing and layering like biological organisms within a forest. This, and her debut ep Night/Lights, was released by London-based label The Tapeworm. Laura is also active as a composer; working on scoring silent movies to radio art.

NOTE! Youth tickets are for YOUTH up to 18 y/o, not oldies! If your can’t prove you are “underage” you can’t come in!