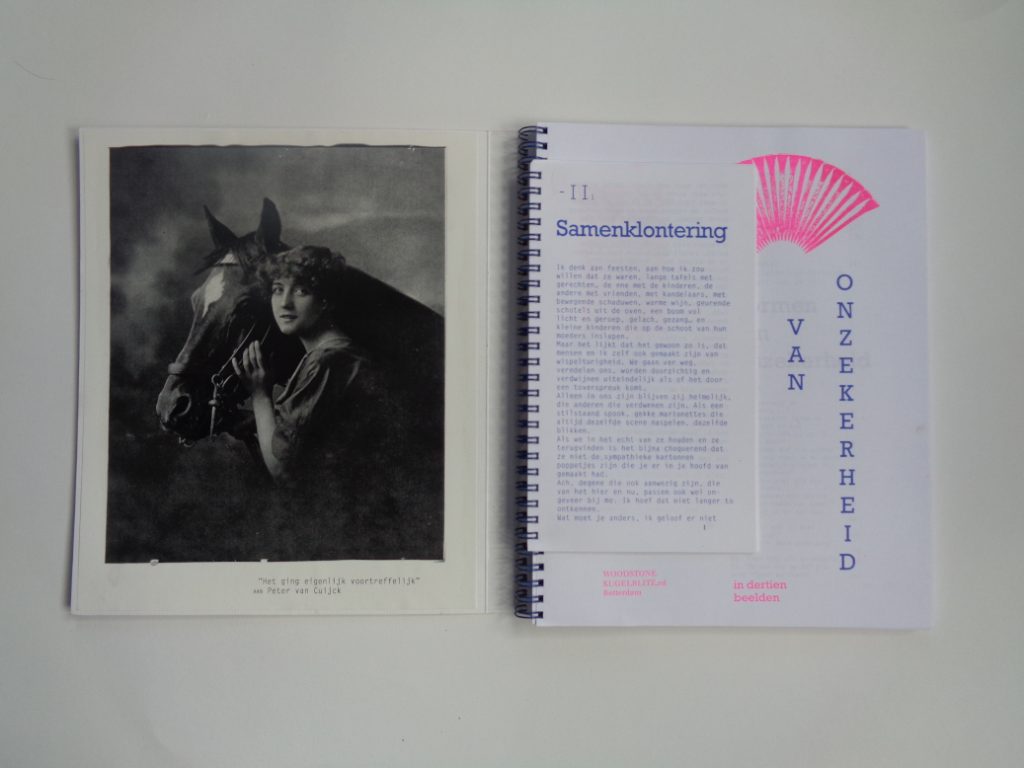 PROGRAMME:
TUESDAY
Woodstone Kugelblitz takes over, installs stuff on walls and tables, nothing is finished of course we still have some books to bind, some record covers to assemble… Come visit us prit stift in hand. Maybe some trips down to the boog to use the cutting machine, you’re invited

WEDNESDAY
Woodstone Kugelblitz tries to demonstrate their demonstration collection. Cutting a record, moulding it in silicone, copying it in wood glue. Not any success is not guaranteed.

And ongoing ephemeral and rockhard new work by kugelblitzers for everybody to see!

During the day two workshops with Heath Bunting
He’ll learn you how to GROW FOOD in the morning,

and to SMASH YOUR PHONE to make useful survival tools from its remains, in the afternoon.

If you stay till dinner: bring ingredients for the IMPROVISATION DINNER we will cook together with some food found on location too.

Followed in the evening by a brand new trans-European all Rotterdammers folk-dance band Gastibelza and dance the:
SCHOTTISCH
HORN PIPE
POLKA
MAZURKA
and maybe even the
HULLY GULLY

Hope to see you there!

ABOUT:
The Rotterdam duo, Woodstone Kugelblitz see their research as a campaign in search of a form that connects
with everyday life. Their way of life and course of action is the work itself; Woodstone
Kugelblitz experiences their works instead of creating something tangible. In this process
factors such as coincidence, luck and setbacks play a role and the notion of ownership
fades. This playfulness creates volatility, at odds with the values of the consumer society, a
field of tension about value and reality that arises naturally with the work.