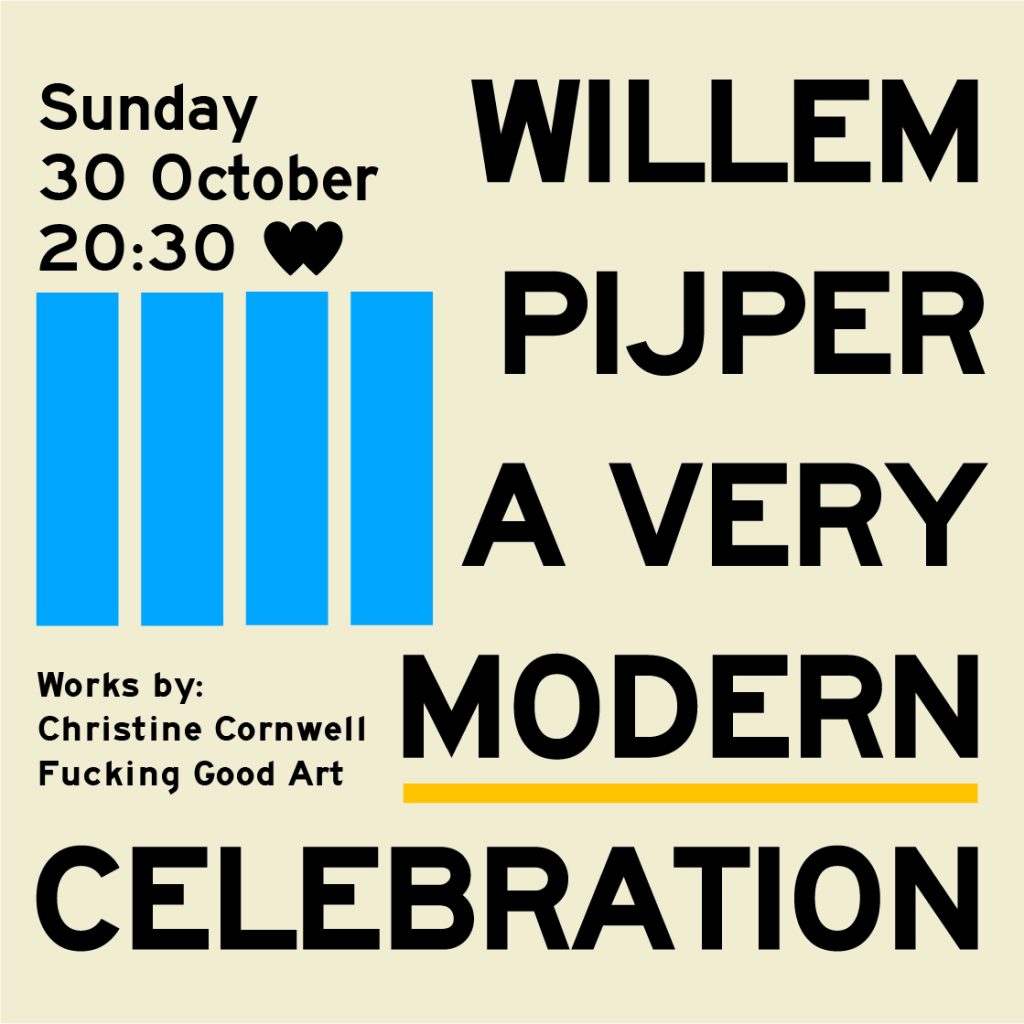 WORM’s programme for the celebration of the composer-writer Willem Pijper consists of a commissioned composition for an ensemble by a Rotterdam-based composer Christine Cornwell, and a radio piece with a printed publication by the Rotterdam art collective, ‘Fucking Good Art’. These new works reflect on the modernist ideas of Pijper, both in his music and how they played out in Rotterdam’s social and cultural life.

Curator Lucija Gregov: “Bearing in mind that Pijper was both a writer and a musician, I wanted to invite artists who create in these two mediums and could address the collective social issues which preoccupied Pijper in his practice as a critic, writer and composer.”

Christine Cornwell will create a piece performed live by an ensemble and fixed media starting with four texts – responding to letters written by W.Pijper – read by people who live in Rotterdam; from different ages, backgrounds and languages. Each performer from the ensemble is paired with a voice and the exploration is between spoken word, music and movement. Cornwell: "As a basis for the sound of the piece, I am going to work from the concept of “four notes”, the genesis of an entire piece and a key compositional trait of Pijper. In my interpretation, these “four notes” can be anything from pitches, words, movements or responses. And it will all derive from the letters."

‘Fucking Good Art’ will create a radio piece which will be made manifest as a podcast (broadcast before Oct 30th on Radio WORM) and a printed publication. Following their research at the ‘Rotterdam Cultural Histories’ project in 2021, they will further reflect on Pijper’s modernist legacy, one that shaped the city as we know it today. On the night, they will do a presentation and talk for the publication launch.