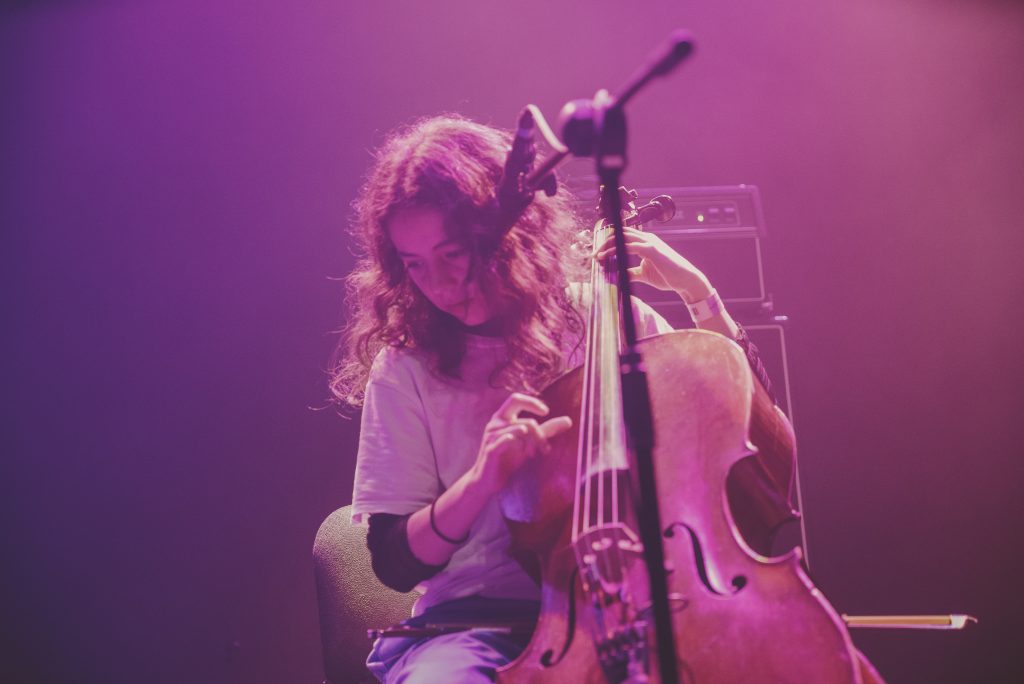 RE#SISTER invites the amazing Mabe Fratti from Guatemala, whose star is rising in the international music scene. She will collaborate with a small number of RE#SISTER members, together creating new music in a number of workshop-like sessions.

Mabe Fratti’s songs are about the distance between the physical world and the world inside your head, the friction between the outside and the inside, and a longing to understand and be understood completely. Her main instrument is the cello, that often perfectly sustains her singing with repetitive phrasings, but can also freely roam in lucid improvisations.

On the night, she will present a concert specially developed with 5 RE#SISTER members! They have collectively developed a story in which many emotions are explored, that will come to life by soundscapes made with electronics, synths, field recordings, voices and acoustic instruments.

Active RE#SISTER member and all over the place! Radio maker in Slovenia, and in WORM, amazing performer/singer/electronica artist with a gigantic charisma on stage: happy to have her as performing hostess tonight!