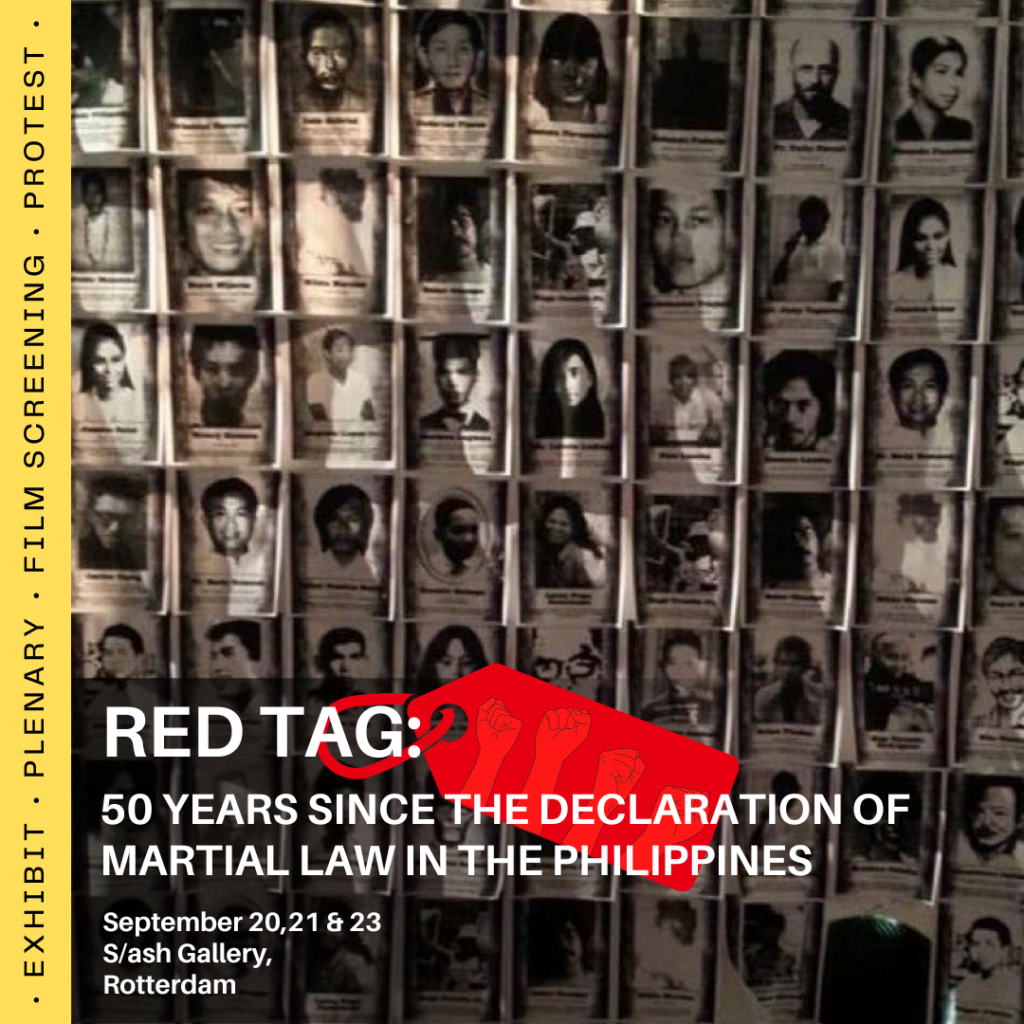 RED TAG is a collection of 21 portraits of the victims and survivors of martial law in the Philippines. Our aim is to show the world the atrocities that took place during some dark chapters in Philippine history through one exhibit, one discussion, and one film at a time. These are just 21 photos of hundreds and thousands of victims of martial law. Many more suffered in the recent extra-judicial killings under the Duterte administration.

The fight against impunity, human rights abuses, and achieving justice is an on-going struggle in the Philippines. 2022 marks the 50th year since Ferdinand Marcos Sr., former president and dictator, declared martial law in the Philippines. The reign of tyranny was toppled by a popular uprising in 1986. During the Marcos years, the country has suffered economically and socially with dire consequences that we still feel. Corruption has been normalised, and people are desensitised to deaths, disappearances and killings. There is no effective justice system, and the Philippine state is not one to be trusted.
Due to the wave of disinformation and poverty, the dictator’s son, Ferdinand "Bongbong" Marcos Jr. won the 2022 elections together with running mate Sara-Duterte Carpio, daughter of former President Rodrigo Duterte – who currently has a case in the ICC for extra-judicial killings (EJKs) in the country.
As Filipinos, we share the struggle with our people back home by extending the call for solidarity and opening spaces for participation and community building as we brace ourselves for the next 6 years of the Marcos-Duterte administration.
We have not forgotten and we will never forget.