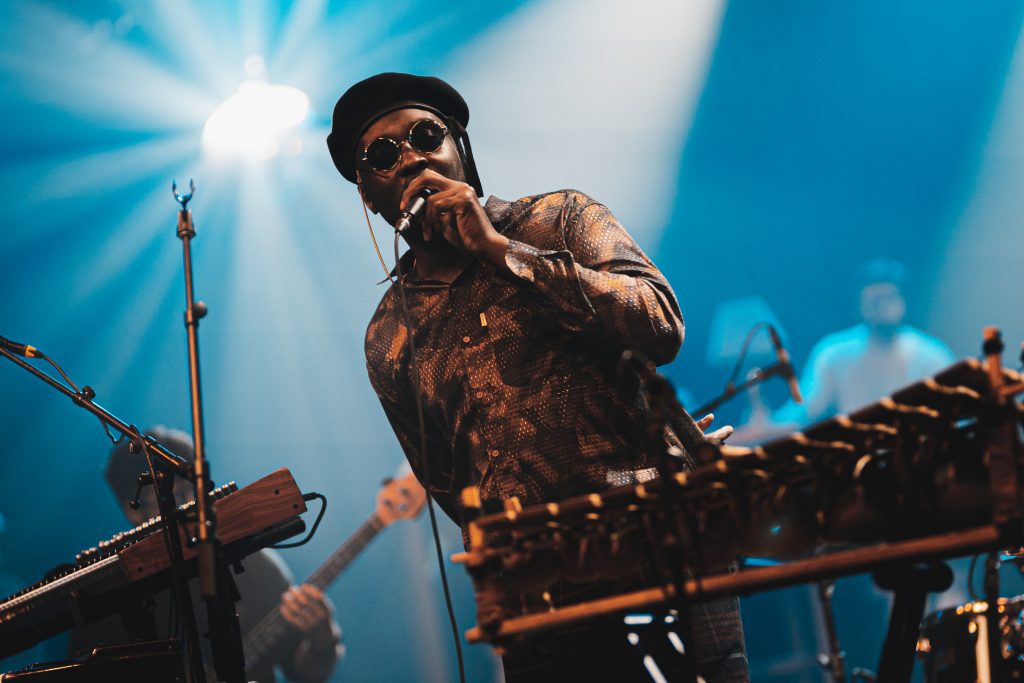 Kevin Adu Yeboah makes music as Kay Slice. There’s no straightforward way to describe his current sound, one that unfolds itself from a hip hop core into afrobeat and highlife – the soil from which afrobeat once sprouted – spoken word, funk and soul. The tracks are full of soul: empowering affirmations set to urgent rap and vocals set to a Ghanaian groove. Kay stitches these genres effortlessly together, creating the soundtrack of his own unique story.

Kay Slice’s soulful hip hop and highlife hybrid is the result of a search for his own self, set against his ancestral land, Ghana. Kay considers music the ideal form to connect deeply with his roots. The afrobeat represents the part in him that he only knew from the Ghanaian birthdays, from the CDs that were played there. His mission isn’t modest: to leave a rich impression of Africa to his generation. Africa as the part of the world where the spiritual force of music is acknowledged and celebrated. With his music, Kay also want to make unseen people seen, embrace feelings that don’t have a home yet.

He sliced it up on National TV at De Wereld Draait Door, opened ‘The Year of Rembrandt’, performed with his live band at VPRO Mundo, received multiple positive reviews from 3voor12 and is named as one of the acts to blow up according to Red Bull. Picture a blend of hip hop, soul and afrobeat: meditations on self-love, identity and everything that is part of the quest of finding yourself.

Entrance rules: This is a seated show with a maximum of 30 seats. No Testen Voor Toegang QR code is needed.