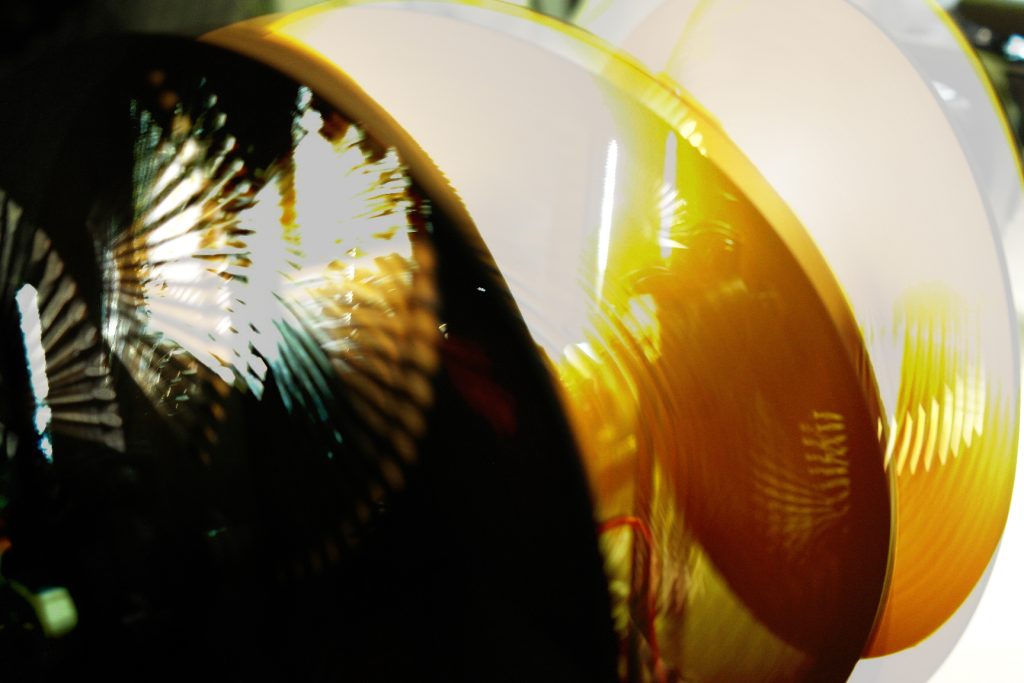 In this workshop we will explore the possibilities of transforming projected light in a live, communal setting. Our goal will be to focus on some of the basic ingredients of the cinematic ritual to create a new type of meal for the eyes. In this case our main ingredients will be light, frame and shutter.

The basis of our exploration will be the 35mm glass slide. We will use organic materials of varied translucency squeezed between glass as our projected medium. Materials that can be used to make slides: butter, bread, ketchup, juice, soap, hair, dust, leaves, toothpaste.

To control the rhythm and intensity of the light we will build a motorized external shutter. Participants will design and cutout their own shutters as well as solder and assemble its mechanical components.

Finally, we will use light sensitive resistors and build contact microphones to translate mechanical movement and light intensity into sound.

Participants are encouraged to bring their own organic materials to create their slides.

Screening of the latest (feature) film ‘Her name was Europa’ by Ojoboca at WORM on Wednesday 2 November at 20.30 (free entrance for Filmwerkplaats members)

Bio:
Anja Dornieden and Juan David González Monroy are filmmakers based in Berlin. They work together under the moniker OJOBOCA. Together they practice Orrorism, a simulated method of inner and outer transformation.

Their feature-length film, Her Name Was Europa, premiered at Berlinale in 2020 and has screened in a large number of film festivals among them Viennale, FIDMarseille and Yamagata International Documentary Film Festival. It has also won multiple awards including the LineaDoc competition at Linea d’Ombra Festival and the Contemporary Surrealism Award at Rizoma Festival. They are both members of the artist-run film lab LaborBerlin.