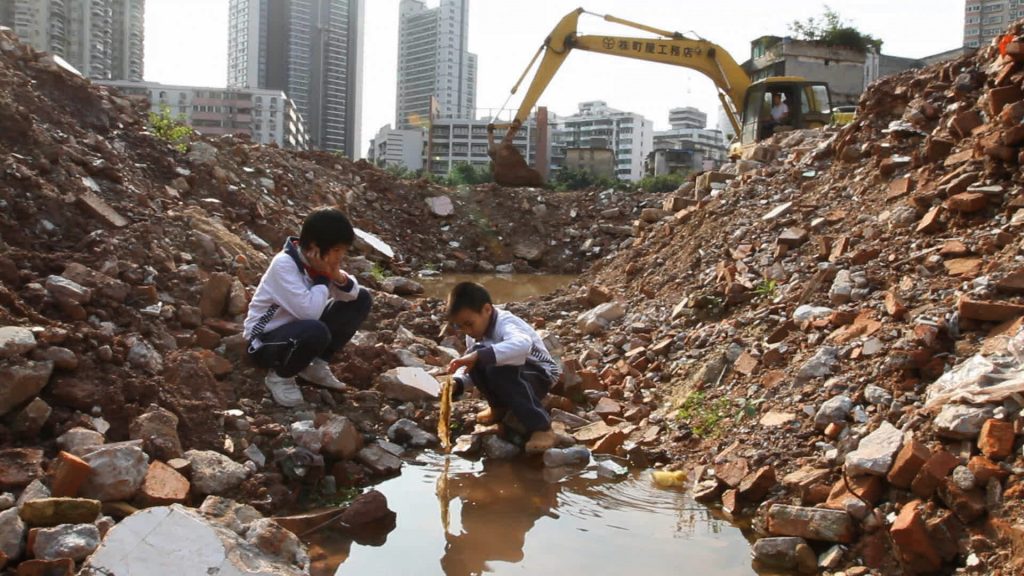 Field Recordings is back! Come to this special preview where we will screen two Dutch premieres, South, a short film by Morgan Quintance , followed by One Says No by Zhao Dayong, a compelling documentary about a family trying to defy the wrecking ball of Chinese gentrification.

In his short film South, artist and writer Morgan Quaintance traces two anti-racist and anti-authoritarian liberation movements – in South London and Chicago’s South Side. Interlinked with the filmmaker’s own history and biography, South is an expressionistic exploration of what happens when speech is muted, bracketed, and ignored. Morgan Quaintance will be one of three attending artists during Field Recordings 3 and we were lucky enough to be able to commission a new work by him, which we will preview on November 14th.

The feature documentary One Says No traces the expansions and contractions of gentrification and urban development in China’s Jilin Province. Chronicling the life of an activist who aims to resist and challenge property developers, filmmaker Zhao Dayong points towards the perflexing power relations between government and citizens. Filmed in the tradition of observational cinema, One Says No is a poignant portrait of a village in flux.

Field Recordings is an annual film festival taking place at WORM in Rotterdam. The event explores experimental film, anthropological cinema and landscape film. Mark your agendas for a whole weekend of Field Recordings on 12/13/14 November!