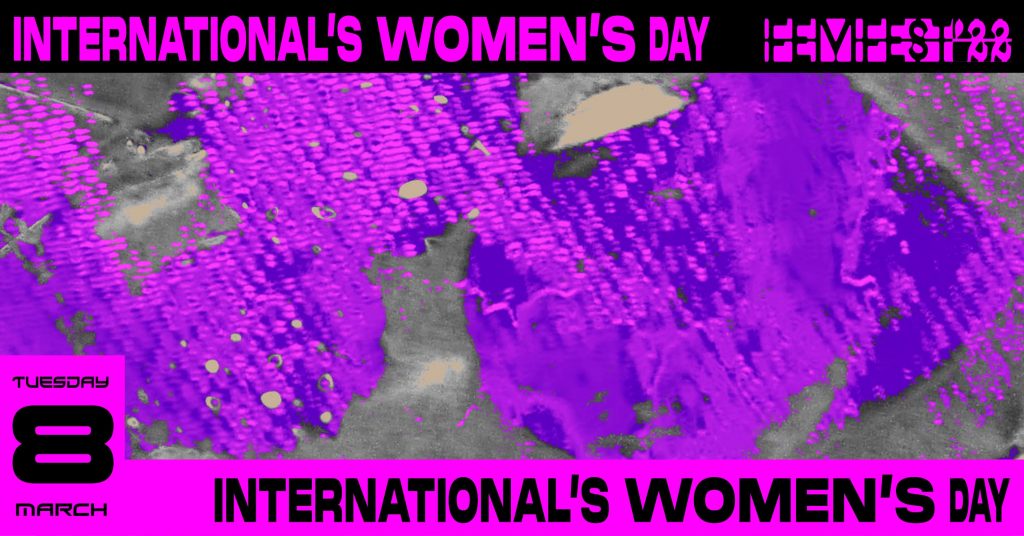 Fem Fest invites you to join our closing programme on International Women’s Day! This year the theme of our panel discussion is the politics of the body: unpacking queer-feminist body autonomy struggles.

Repeat their names was inspired by an event that happened during the International Women’s day protests of 2021 in Mexico City, where the fencing erected by the government to “protect” Mexico City’s National Palace ahead of a planned march to mark International Women’s Day was turned into a memorial. Feminist groups gathered the names of hundreds of women who have been murdered in Mexico, and painted them on the 3-metre high barriers. Using thousands of names of both murdered and disappeared women in Mexico, this piece is a sonic representation of the incredibly powerful image of the names painted on those barriers in 2021. This piece was composed thanks to the support of the Nederlands Fonds Podiumkunsten and supported by Codarts.

Based on the enormous number of disappeared women in Mexico, this movement gathers 997 names of women who were reported as missing (through official channels) during 2017.

Based on victims of femicide in Mexico, this movement includes 3,289 names of women who have been murdered. The list of names has been gathered thanks to the astonishing work of a number of feminist groups in Mexico.

This movement is for all the women who are subjected to the systematic violence that comes with being a woman, and who continue to resist every day.

The politics of the body: unpacking queer-feminist body autonomy struggles

The politics of the body: unpacking queer-feminist body autonomy struggles

The body- is a mysterious skin capsule that carries us throughout our lives while also being a source of pain, pleasure and ethereal human beauty. The body has been the focus and inspiration for feminists everywhere, coming to believe that our bodies are our own at all given times. Our bodies are our own but the reality is that they also occupy an essential role within our societal landscape.

The human obsession with abjection makes it so that bodies that are seen as unconventional, unpleasing and unorthodox have a hard time not being noticed and scrutinized- often by those who believe beauty and aesthetic parameters are harshly drawn lines that no one should cross. How do different bodies navigate and experience the public space? Are these feelings of abjection towards the body of the other dissipating within late-stage capitalism or are they slowly becoming achievable aesthetics? During the ‘’The politics of the body: unpacking queer-feminist body autonomy struggles’’ panel we will reflect on how different bodies experience the world and reflect how we will be able to slowly break and redefine the politics of the body while keeping our right to exist intact and unapologetic.

Can’t make it? You can also watch the panel discussion live HERE.