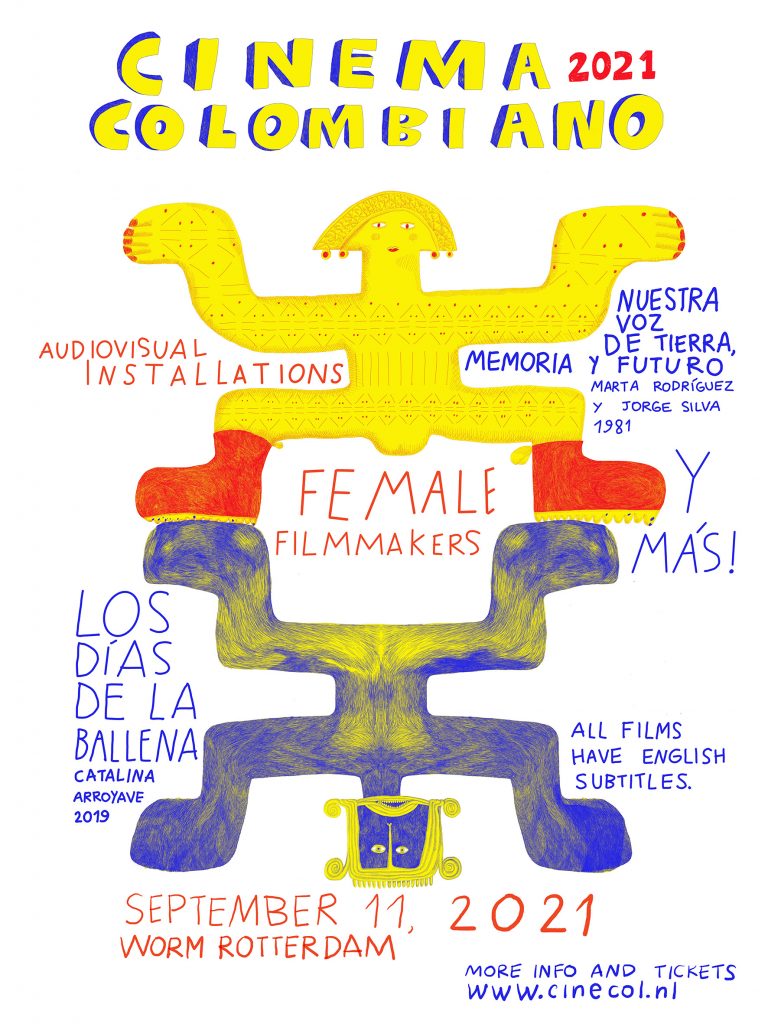 After a long wait, we can finally announce a new edition of the Cinema Colombiano festival! This time with a focus on films made by women, transgenders, and non-binary people, featuring films in which social dynamics and Colombian politics are discussed.

Two films can already be highlighted from the programme. For the first time in the Netherlands, you can watch LOS DÍAS DE LA BALLENA (2019) by director Catalina Arroyave, where two young graffiti artists stand up to the systematic violence happening in their city of Medellín with their art. We’re also showing a remastered version of NUESTRA VOZ DE TIERRA, MEMORIA Y FUTURO (Marta Rodríguez & Jorge Silva, 1981), which reveals the roots of the current political uprising in Colombia. Marta Rodríguez is a pioneer of film in Colombia, who since the 1970s has made visible the indigenous, peasants, and workers struggle.

In addition to the films, radio DJs Mitze Apocalipze and Chucho Vinilo will play Colombian music. There are also audiovisual installations by female artists on display and this year’s poster design is made by powerpaola. The film version of her graphic novel Virus Tropical was shown in our last edition in 2019.

The programme is below, further information will be published on the Cinecol website Due to the limitations of the pandemic, our capacity has been reduced this year to 30 maximum. However, Cinema Colombiano is working on a second part of this edition in Amsterdam – keep an eye on their social media channels for more information.