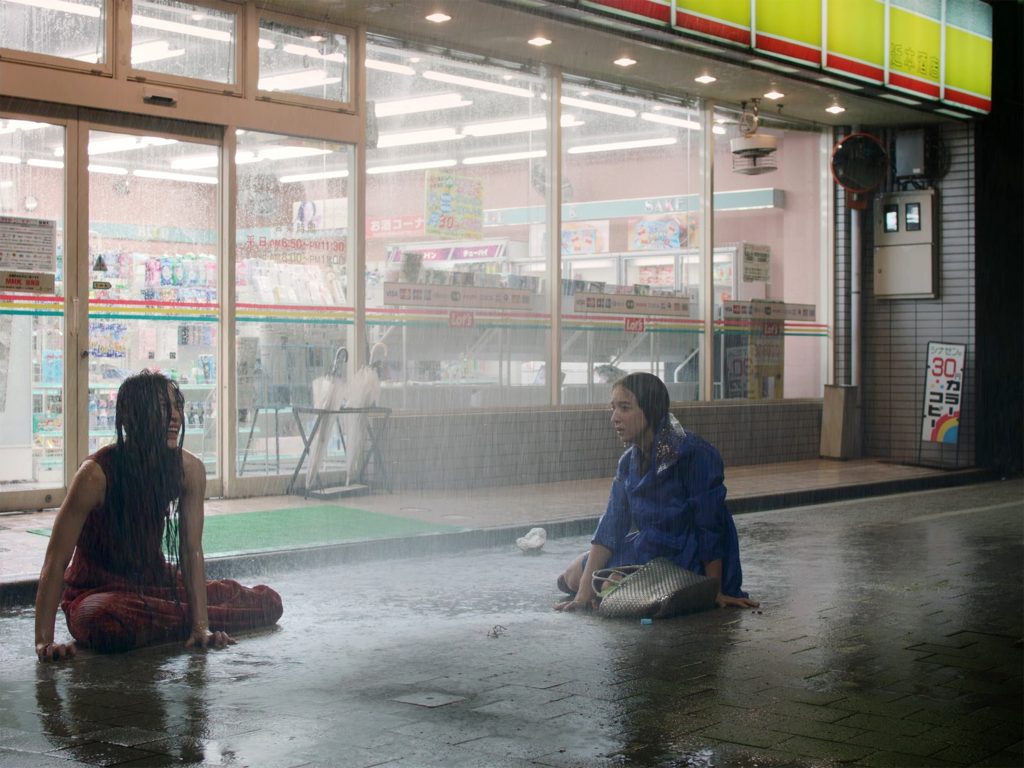 In this silent film, set during one Japanese summer, four young people discover how one book unites them. All four are fascinated with the novel N.P by the late and mysterious Sarao Takase. The eponymous film N.P dissects the young characters’ complex web of relationships. How does a translation relate to the original? How does fiction relate to reality? And what is the nature of the often incestuous interaction between the protagonists?

The strikingly beautiful colours of the summer define the mood and atmosphere of the film, turning its complex, dark heart into a serene and glowing meditation on the young and on the influence of past experiences on one’s life.

Lisa Spilliaert grew up in Japan and Belgium. The personal dialogue between two cultures is a common thread in her photography and film work. For N.P, her feature length debut, Spilliaert opted to adapt the novel into a non-spoken film with intertitles. This allowed her to highlight the physical presence of the words. The verbal silence is countered by newly commissioned compositions by noise rock legends Wolf Eyes (US), sound artist Asuna (JP) and the eloquent synth pop of Stacks (BE).

We will also screen an episode of Growth Record, part of an ongoing video series, normally intended to be presented as an installation. In it, Lisa Spilliaert records the growth of a young boy. As the voice over in the first episode explains: It was his baby, that brought me back to Japan in April 2014. I could have been the mother, because around the time the child was conceived, I also had sex with him. The series spans seven years of growth now and will be presented next year at De Brakke Grond in Amsterdam.

Entrance rules: This is a screening with a maximum of 30 seats.