Interview: Neoliberalism and the Art/ist

Read the interview with Thais Di Marco by activist Chiriro Guezebroek about the potential social role of art in the face of catastrophes and how Neoliberal ideology affects artists’ decision-making. They also talk about other cosmological dreams to overcome “talent”, “merit” and extreme competition through rethinking eurocentric canonic cultural policies.

This interview is part of the actions of the “panelling club” organized and moderated by Chiriro on art and neoliberalism in The Netherlands. The first edition of which took place on June, 30th at Framer Framed (Amsterdam).

Interview: Thais Di Marco on Neoliberalism and the Arts

Living in the Netherlands many have grown up into neoliberal ideology and the longer you swim in the water the harder it is to see it. Neoliberalism has often been theorised and criticised by white men in the sphere of economics. In the following interview, artist and activist Chihiro Geuzebroek discusses neoliberalism in the cultural sphere and art creation with choreographer/artist Thais di Marco, who was born in Brazil and has lived in the Netherlands for the past six years. 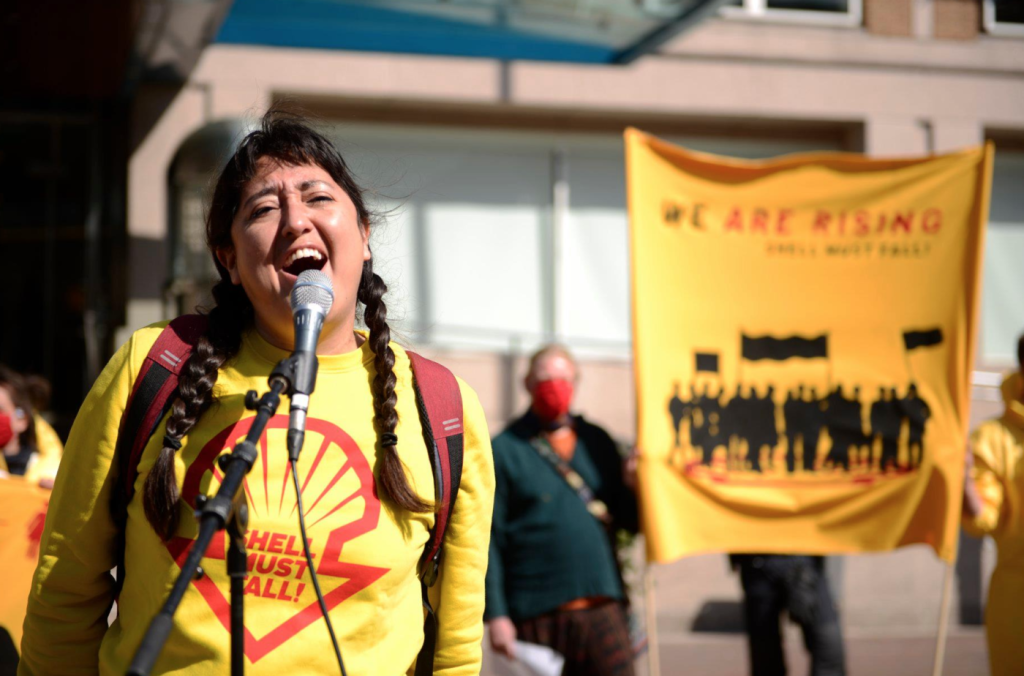 “We will not die quietly” she warned the Shell board at the AGM last year as one of four Shell Must Fall Coalition speakers. As filmmaker, poet, speaker, activist, trainer and singer songwriter Chihiro has been active in the climate movement for over a decade. Participant in Code Rood and Fossil Free Culture (filming), coordinator for Greenpeace (2019), campaign manager for the municipality elections for Amsterdam BIJ1 (2018), cofounder of Climate Liberation Bloc (2017) and the decolonial foundation Aralez (2020). Chihiro is dedicated to restore and restory our relationship with earth and each other.

She recently contributed to the climate activism book ‘Nu het nog kan’ with an article ‘Climate crisis is a colonial crisis” and the nY publication ‘Rape enters the scene’ with an article on Climate and sexual abuse. Her climate justice feature filmed in Bolivia Radical Friends played festivals in the Americas and Europe winning two jury awards. Chihiro is happiest when making music with others, example Shell Must Fall song, and retrieving erased history and relearning other ways of being that have been and are threatened by colonialism. She is currently writing an Indigenous futurist screenplay in which she gets to produce a radical alternative vision for society.