Oudemian live is an audiovisual concert of Mári Mákó’s debut album. It is a sonic journey of finding inner strength through crisis and rebirth.

The title Oudemian comes from two words. Ouroboros, which is a very old symbol of the serpent biting its tail referring to the cycle of life, and Demian, the title of a novel by Hermann Hesse whose main character seeks to be himself in an immoral world. By total coincidence, this combination happens to be a word in ancient Greek, meaning “none” or “not any.”

The meeting of these concepts drives the narrative and musical evolution of the album, which moves from a place of fragility and mystery and arrives at a place of reflection.

This album of experimental electronic music contrasts dark synthesizer drones, glitches, and beats with organic orchestrations of acoustic instruments and the emotive power of the human voice.

It features Mako’s self-designed and programmed electronic instrument called the Schmitt, which works with chaotic sound processes influenced by accelerometer and light sensors. Its constantly changing timbre channels of life’s uncertainty as it cuts through and fragments the flow and equilibrium of string arrangements and distant voices singing mantras. As the album progresses, these elements converge over deep empowering beats that carry through a message of purpose.

The music has been described as mysterious, solemn, but peaceful. Deep harmonies invade the space, the singing hovers, and other voices seem in the background. The title has shamanic intensity, which takes on the appearance of a very ancient ritual.

On the 12th of May, Mári by violinist Matthea de Muynck, double bassist Julian Sarmiento and the visual artists of Oddkin Studio.
This performance at Worm will also be the vinyl release event for the album. 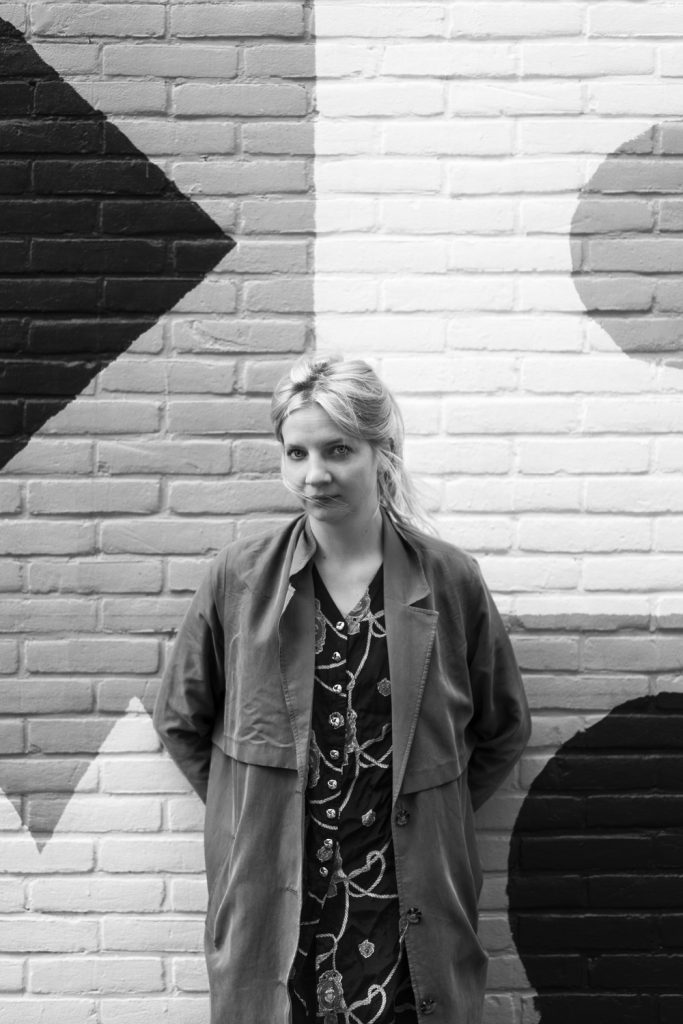 Mári Mákó
Mári Mákó (HU) is a composer and sound artist based in Rotterdam.
In her solo practice, she plays with live electronics, which she combines with acoustic sound sources: voice, amplified instruments and objects. She is looking for unconventional music practices that space for her compositional processes where she challenges the ‘recital form’ of concerts.

Mári is designing her own performative tools with sensors and self-built oscillators. Due to her inventive music instruments, her sound has been described as a mix of the roots of industrial music, experimental electronic and glitch music contrasted with drone textures.