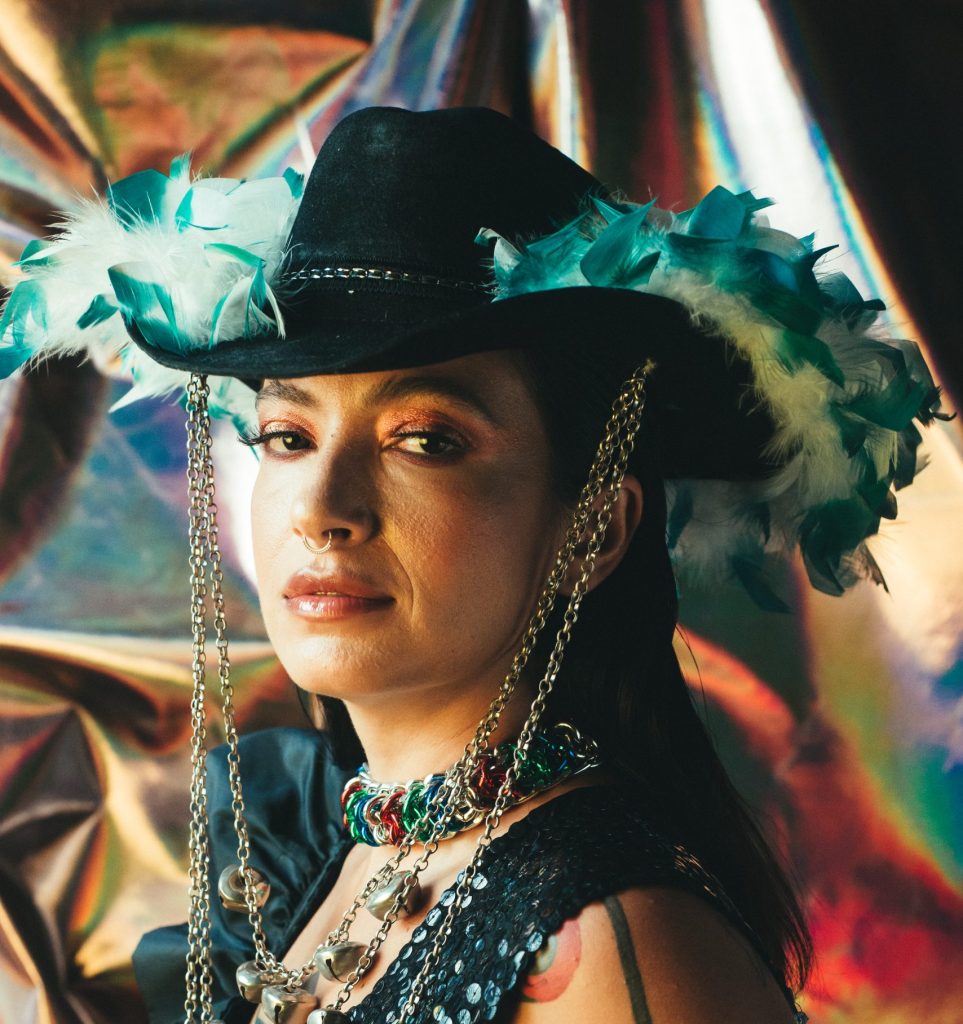 Thais Di Marco (she/they) is a theatre director and choreographer specialising in art production in contexts under conditions of violence with 15 years of practice in performing arts and cultural politics.

Thais was a teacher and project coordinator, for 6 years, of projects at Brasiliândia Cultural Center, the only theatre in the neighbourhood with one of the highest rates of state genocide in Latin America. Later, she shared her research in different contexts such as Ocupa Ouvidor, the biggest cultural squat of the Americas, in the festival Les Echos de Lobozunkpá in West Africa and at the space Bongah in Iran, on power issues and worked in social programs for the democratisation of the arts. Thais went on to study Lucha Libre at Escuela Arena México.

Currently, she works with partners to either reform or destroy the art market as a totem of neoliberalism, corruption, cosmological violence, heteropatriarchal systems and white supremacy.

Since she started working in The Netherlands, Thais was sponsored by AFK for the project Dr. Stranger Folks in partnership with the artist Ehsan Fardjadnya and Prof. Judit Kende, and did Spreekuur modality for a duet piece. Thais was co-choreographer of the piece Omni Toxica in partnership with Paula Chaves, supported by Veem House for Performance and Theater Rotterdam, and was a resident artist of New Adventures by Dansmakers, Nineties Lab by Nineties Productions, among others.

She has been a student adviser for SNDO alumni students Karina Vilalfan and Raoni Saleh and for Das Theater alumni Rodrigo Batista and Mariana Senne. In the European context, Thais held projects with partners at Beursschouwburg – Brussels, Centrale Fies – Italy and Ballhaus Ost in Berlin and started the social movement for artists: The Octopus Artists Against Necropower and Neoliberalism.

In 2022 – 2023 Thais develops The Goldfish Bleeding Club in collaboration with WORM.