Richard Foster talks about the opening nights of SNACKBAR; a new series for Dutch and Belgian acts on a Tuesday night in WORM Central Station. 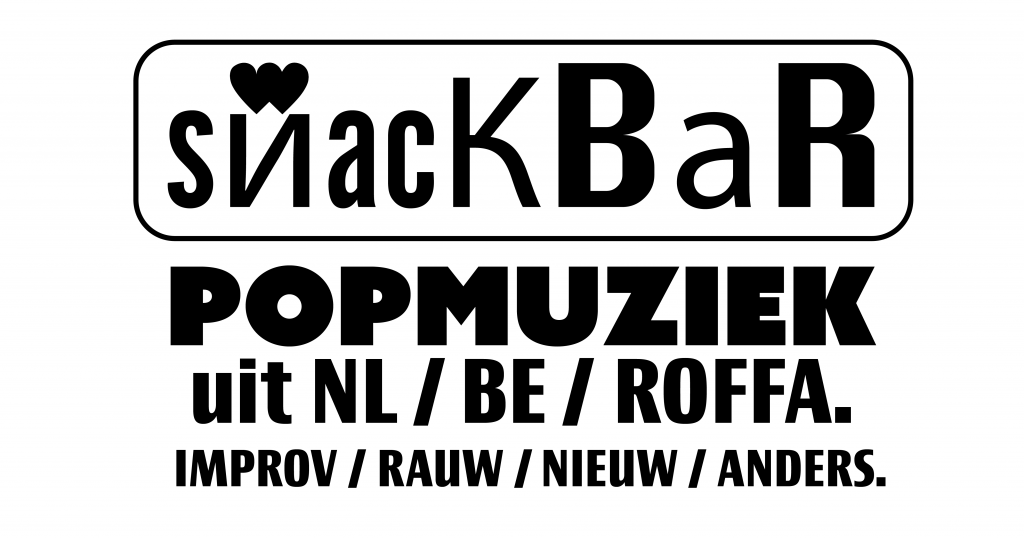 We can never recreate the past. But we can certainly print the legend.

A recent report on culture and entertainment during the first year of the pandemic claimed that Rotterdammers missed seeing live music the most. The months of silence also made me think of all the great times I’ve had watching live music in the Netherlands. Many of these gigs ended up in articles I wrote for Incendiary Magazine, Louder than War and The Quietus over the years. I thought of those great nights at SUB071, OCCII, Helbaard, WORM, Meent-era Roodkapje, O’Ceallaigh’s and Kult, Katzwijm, Vrankrijk or some temporary venue somewhere in Rotterdam, Leeuwarden or Dokkum(!). When everyone mucked in, shared hi hats and snares and had a good natter before and after the show.

With SNACKBAR I wanted to reignite that spirit after a terrible time for all of us. And do that Wilsonian thing of printing a new set of legends. I’m an artist and a writer so my creative world is less to do with audience interaction, but even I found it tough going this last 18 months. I really don’t know how musicians coped. Even if we have more restrictions in the winter of 2021-22, we have to keep going, somehow.

WORM’s production and door teams are part of the SNACKBAR family; the accent is very much on all colleagues enjoying the nights. Otherwise, why do it? They have been the unsung heroes in these times.

We’ve had three events so far, all different. As befits the brief. The first night – still under the restriction of a 30 person maximum, saw Dennis Weijers and SEGADEATH. Dennis had emailed my old colleague Jan Hiddink and Jan forwarded the mail. I’d never heard Dennis’s music but was blown away by his interpretations of Philip Glass and Steve Reich on accordion and using a modular rack which he seemed to carry around in a flight case of sorts… It turned out Dennis was in Dutch pop stars The Hype too. Wild! On the night Dennis played a specific, part preprogrammed Glass piece that set up a killer show from SEGADEATH, Rotterdam’s Non Binary synth hero. A whirlpool of vocoder, samples, squelchy 80s synths and a predilection for John Carpenter-style horror tunes filled the void, super!

The next show – SOON and Tramhaus – was jam-packed, due to the fact that restrictions were eased and everyone wanted to see a show in the flesh, to misquote an old Blondie song. Despite a crazy power outage, Amsterdam electro-drum-guitar duo SOON built up a beautiful and intricate web of sounds that drew on many moods and steered a course well away from the usual chinstrokery. A moving thing! A packed hall then prepared itself for local flag bearers, Tramhaus. The sensuous and powerful five piece quickly locked into a tight groove that looked to balance the simian hedonism of Raw Power Stooges and some clanking post-punk grooves last heard on Swell Maps or Fire Engines seven inches. This noise was thrashed and barked out at an increasingly engaged mosh pit; including the current artist-in-residence (and one of the hottest talents on the music circuit) Guatemalan cellist Mabe Fratte, who joined the Cinema Colombiano crew in a central American takeover of the sweatiest areas of the floor. Despite everything this collision of bodies and noise and (fully clothed) fluids felt mighty good: pheromone injections all round.

The third was an intro Soon to Expire: a wild mix of live opera singing (artfully and mysteriously presented) and a Caretaker warp-off using live 78s and all sorts of pedals. It was at turns spooky, funny and enjoyably baffling, especially the singer’s marionette posing. Don’t believe me? You can see the show below! After that a truly beautiful gig from Ilsha whose chamber folk pop was backed by various members of the Tiny Room label scene; impromptu choirs and a magickal folk leyline laid down from the North (Groningen, Leeuwarden) to the pastoral polderlands of Utrecht and surrounds. A moving gig and the sort of pop music that irrigates souls. And did the DJ really play Sonia’s Italo smash, Boys?

There are two more shows this year, this first on Tuesday 23 November with the mighty Marc van der Holst – best known as De Avonden, a purveyor of beautiful stripped down Dutch language folk rock beloved of the Volkskrant and other august publications. Van der Holst unveils his new project at Snackbar: tape loops and guitar, a sort of warped Popol Vuh sound. The other act is Snackbar the Ambassador, a sort of Beckmanesque “Cabaret Electrique”! Deets here. https://worm.org/production/snackbar-4snackbar-the-ambassador-soft-mitts-marc-van-der-holst/

Thenon 30th, a MIGHTY TRIPLE BILL of GLICE, Global Charming and Goldblum: Need I say more? Two of Amsterdam’s hottest acts and the mighty Goldblum playing a love tape loop DJ set. If you missed Global Charming at Left of the Dial, here’s your chance! https://worm.org/production/snackbar-5-global-charming-glice/ 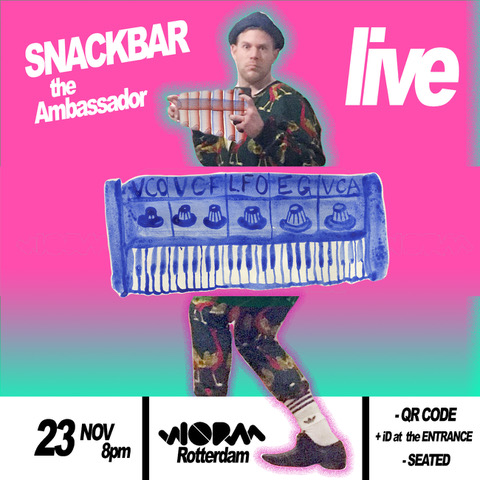