Behold la madre tierra, the two-headed creator of all! The poster design by Colombian artist powerpaola represents the primordial mother, where everybody lives and has the right to live in this world. Her work responds to the theme we came up with for the latest edition of Cinema Colombiano: female filmmakers and the work of non-binary and transgender people. A necessity because of the macho culture dominating Colombia, one that suppresses people thinking differently. Society is in a process of deconstructing imposed patriarchal beliefs. This current year shows that change is possible, with protests manifesting throughout the country. While the sitting government continues to disrespect the value of life, people are claiming equality and expressing nonconformity. 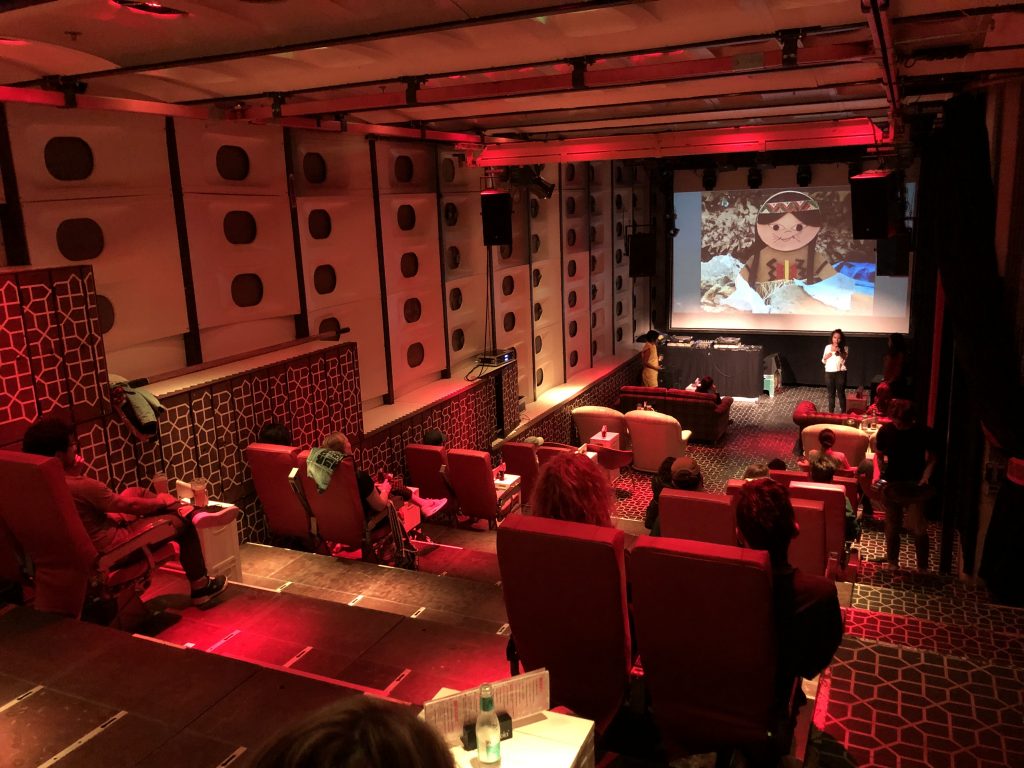 After five editions of Cinema Colombiano in WORM we had big plans for 2020. We’ve expanded the team with Ana Bravo Pérez and Z González, both active in Colombian film, resulting in new perspectives. Our goal was to host a 2-day festival around female filmmakers, invite various musicians and, of course, screen a wide selection of Colombian films. For obvious reasons, we had to postpone our event. In the meantime we’ve started a weekly broadcast on Radio WORM, in which we play film soundtracks mixed with tropical futuristic, cumbia and punk music. When the protests began, this became a space to speak our minds, play protest songs and talk with guests in the studio or through a live transmission with Colombia. We made new friends, such as Here We Draw The Line, who amongst other things, invite artists to make portraits of murdered social leaders. Their exposition of BULLETPROOF MEMORIES was shown in the foyer of WORM during the festival. 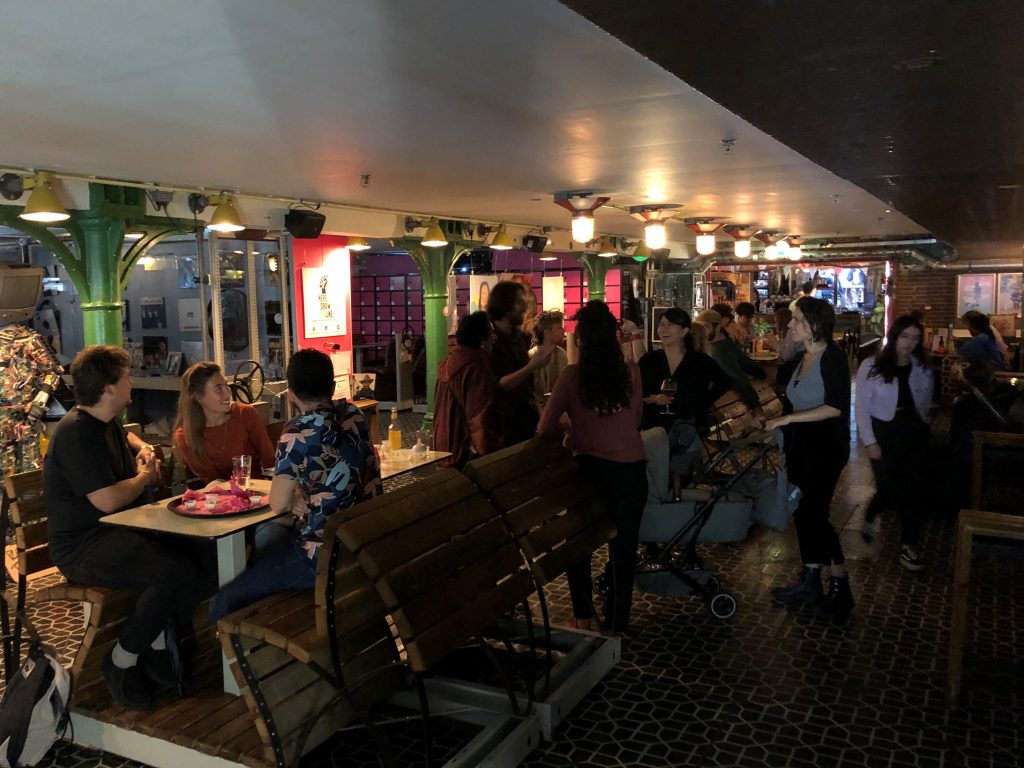 The initial idea behind the festival, to show the work of female filmmakers, became even more important as it connected strongly with the uprising taking place. We are very proud that we could screen NUESTRA VOZ DE TIERRA, MEMORIA Y FUTURO, by legendary filmmakers Marta Rodríguez and Jorge Silva. In a beautiful cinematographic display the 1981 documentary tells about the struggles of indigenous people. Today the film remains relevant because the same problems persist in Colombia. The remastered classic was juxtaposed by Catalina Arroyave’s 2019 debut film, LOS DÍAS DE LA BALLENA, in which a group of street artists stand up to violent threats in the city of Medellín through their graffiti. Four short films complemented the programme all connected to the theme, coming from various backgrounds.

Capacity in the film theatre was limited, due to social distancing rules. Despite those restrictions, it felt like there was a true festival atmosphere present during the breaks. It was great to see people chatting away downstairs in the foyer, getting to know each other and talking about Colombia and the films. The long break also provided an opportunity to discover the video installation CONTINUUM II in WORM’s S/ASH Gallery. The collaborative work was made in collaboration with the Red Comunitaria Trans, a community for transgenders in Colombia, and through a surreal experience tells the stories of six trans women, all victims of the armed conflict. The creative process serves as a healing method, using art as resilience and a tool to embrace their pain, then to let it go. It was an honour to have Daniela Maldonado and Yoko Ruiz from the Red Comunitaria Trans as well as Tomás Espinosa with whom they worked on CONTINUUM II, as our guests in Rotterdam. In the hostile society of Bogotá, where pervasive police brutality is present, the Red Comunitaria Trans provides a safe haven. They’re an inspirational collective with their active participation in the recent national protests. 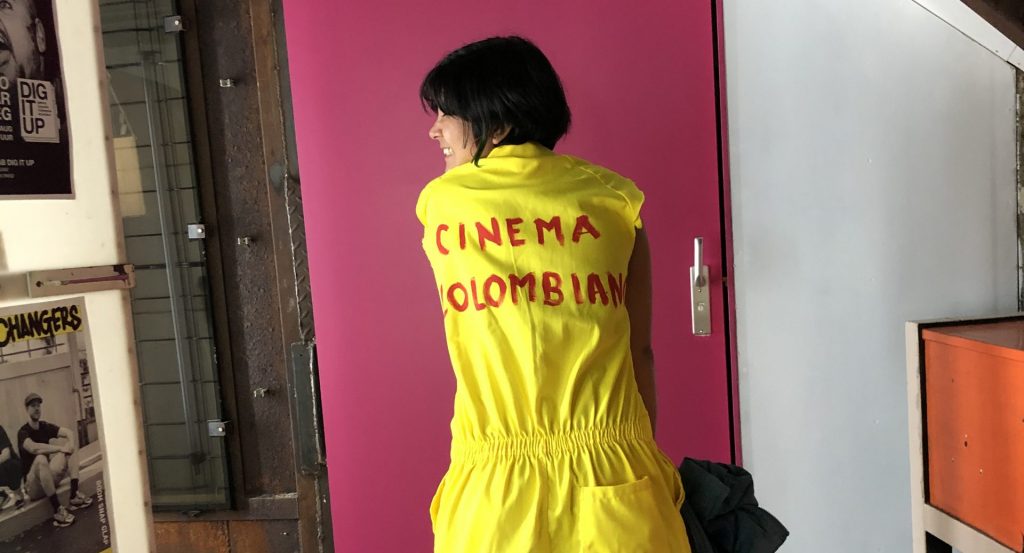 For those that missed out, we’re arranging a second part in Filmhuis Cavia in Amsterdam on the 6th of November 2021. And we already have big plans for next year’s edition, with the elections coming up. Keep an eye out on our social media for the latest updates, or listen to our weekly show on Radio WORM every Wednesday at 16h!

PS1. you can help the Red Comunitaria Trans in their search for a new house, donations are welcome here: https://www.gofundme.com/f/salvemos-a-la-red-comunitaria-trans

PS2. Here We Draw The Line also welcome donations. Furthermore, you can make a portrait yourself and work together with them: https://herewedrawtheline.org/