Last year a lot of plans were cut short, including the Cinema Colombiano festival which took place in WORM every summer since 2015. Luckily, Radio WORM was launched and together with Chucho Vinilo (a.k.a. Sebastiaan) we were able to start a weekly Colombian radio show. Every Wednesday afternoon we play soundtracks, film fragments and Colombian tunes that go from cumbia till punk. We have fun and are quite relaxed making our programme, but since the end of April, we have dedicated our show to serious matters. On the 28th of April a national strike started in Colombia. It started because of announced tax reforms, but that was just one of many reasons to protest. People were fed up. Unfortunately, the government answered with violence and repression. Despite extreme police brutality, the protests are still going on today.

In the last few weeks we have invited guests to discuss the situation in between records. Somehow, we, the Cinema Colombiano team (which aside from me consists of Ana, Luisa and Sebastiaan), felt the need to go a step further. That’s why we started a petition to ask the Dutch Ministry of Foreign Affairs a.o. to reject the human rights violations committed in Colombia during these days. You can check out our website www.cinecol.nl for a bit of background information as well as the petition to sign. We would be thankful for your support!

As a Colombian, I am glad to be part of this revolutionary time, even being overseas. This is like an awakening where people dare to protest in the middle of a pandemic to stand against their oppressors. This is the time where statues of conquistadors are toppled. This is a time for change, and although I carry the name of Mitze Apocalipze on the radio and I sang in a band called Los No Futuros, I do believe in a bright future. Because in the outskirts of my hometown Cali, the most beautiful mushrooms grow from shit. 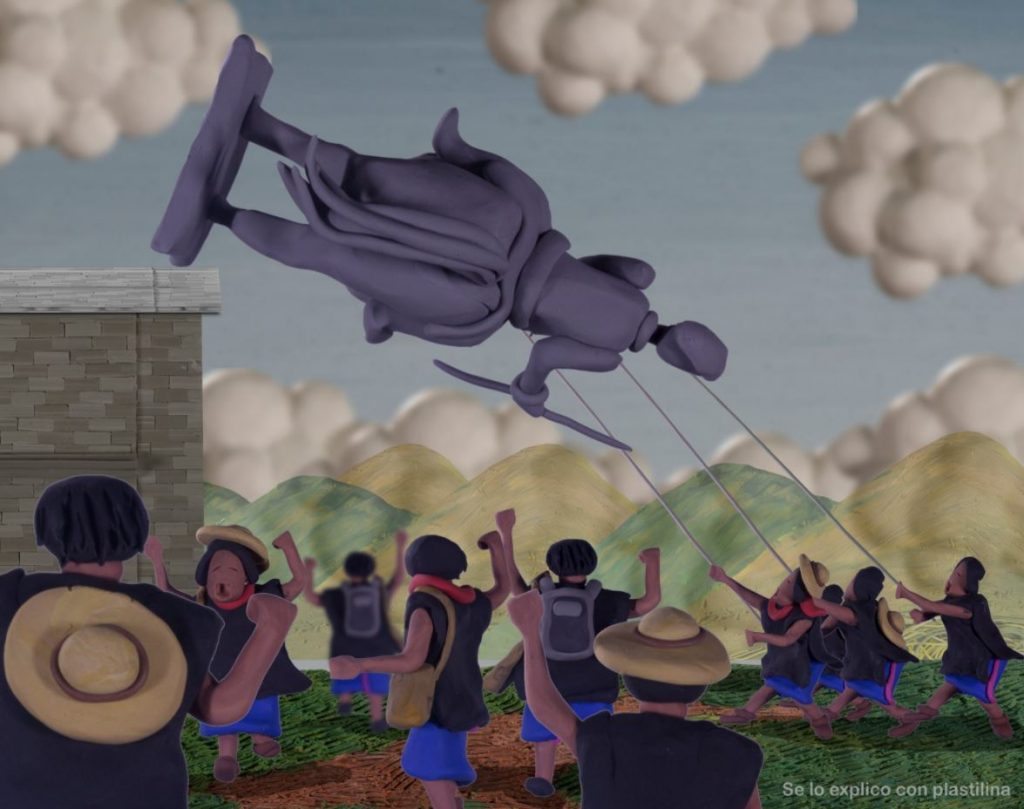 In the meantime, we will continue our resistance by making noise on the radio and organizing the upcoming edition of the Cinema Colombiano festival this summer. I look forward to see you in person there and talk about all the things happening in my country.