The making of SOUND OF PROTEST (the podcast)

For the next year, WORM will investigate the potential of collective singing as a means of personal and collective transformation. What power can be discovered through the act of singing together? What types of political changes can occur through making sounds and noise together?

She wonders ‘Has the Netherlands lost its activist voice? Do we only march when it is geopolitical? And where is the sound of protest that once echoed through the Netherlands with thousands and thousands of voices?” This series will explore the history, loss and re-invention of the chants, memory and sounds we hear at protests will be evaluated and re-examined with activists, artists and the people who have attended and have spoken on protests throughout two decades.

While eagerly waiting for her podcast release, we sat down with Mariam to chat more in depth about the project and her work.

Rae: Can you introduce yourself?

Mariam: My name is Mariam El Maslouhi. I am a podcast maker, co-founder, and co-presenter of the Dipsaus podcast. The Dipsaus podcast has been making a lot of podcasts for the last four, almost five years, and we always had the goal to do more than just audio. So now, we also publish essays on our website- well actually, multimedia platform. And in the last year, we also worked together with a publishing house, and are publishing books as well.

I’m a self-taught podcast maker, and I interview mostly people of colour, mostly women of colour and Black women. I didn’t really know how to make programs around that subject, I really had to teach that myself. There was very little about that in the Netherlands. I have been a social worker for years, I’m an organiser and an activist, and I am very much interested in anything that has to do with equality.

Rae: Beautifully said. You speak specifically about working with people of colour and black women. What are some of the lessons that you’ve learned in this self learning process? Especially since you’re saying that there isn’t a lot of information about that in the Netherlands?

Mariam: The thing I’ve learned is that you have to earn trust. So I can take myself as an example- I was always a little bit hesitant to talk to mainstream media. Because you never know what is going to end up in the newspaper or in a program, and then all hell will break loose. If you say something, your words go through a filter of whiteness. So in my head, I thought I said something very nuanced, and that goes through a kind of filter, and it turns out to be something completely different. And you get a backlash for that.

So as I approached people of colour and Black women, I got a lot of questions, like “who’s it for, and will I be able to see it? Will I be able to know what’s going to end up online?” And so before I even ask a person to be on the program, I share my disclaimers: I will not put it online unless you agree. And from there, you build in a very short amount of time a kind of trust. You tell the other person- “your story is in good hands.”

That is a reputation that I have as an interviewer and that Dipsaus has as a platform that I value a lot. People are willing to share their story with us because they know that they will be in good hands and that they will be treated with care and respect. And I sometimes have to warn people like, okay, you trust us, but it’s still gonna be there in the world for thousands of people to read. And we usually get as a reply, yeah, but we’re in your hands so we’re good.

Rae: So I know in your podcast, you’re talking about your own history, with protests and protest culture. Could you briefly talk a little bit about what the history has been?

Mariam: Well the sound of protest has become so familiar with me, but I never really gave it that much of a thought. And at the last Black Lives Matter demonstration here in The Hague, which was specifically about police brutality, I had trouble finding a sound. Specifically, the Dutch sound and culture of being critical against police.

You have certain subjects that are very common. Back in the days, The Netherlands had a big feminist movement, and squatters fought against neoliberalism. But you don’t have anything that says, defund the police. And that is something I struggled with, after almost 10 years of organising.

As I’ve been researching this history, I’m becoming more aware that the sound of protest has to be more rooted in a political ideology, and in a type of theory. So for the last 10 years, I’ve just said, okay, we need a demonstration. Let’s go. Okay, Arab Spring, let’s go. Because there was already a theory, there was an idea, there was a discourse, that was all evident. So, with Egypt, for example, there was Mubarak. That’s a dictator, and you don’t want a dictator. So let’s chase him away. But in the Netherlands when it comes to police brutality, and anti-black racism, it’s not drenched in a specifically Dutch theory yet. We borrow so much from the US- we don’t have the anti-racist discourse ourselves.

Black Lives Matter is from the Civil Rights movement in the US. Black thinkers, activists, organisers have thought about it. They’ve said “Okay, this doesn’t work. Maybe we need this. Or, we should always be grassroots, etc.”

I’ve had this discussion with a friend about the relationship between art and activism. Which one comes first? Are they equal to each other? Can one live without the other? I’ve been trying to navigate those questions. So for example, I felt like the Black Lives Matter demonstration last summer didn’t have a sound. But it wasn’t a bad demonstration? I don’t think so. But was it missing a lot? Yes. Were there hundreds of people there? Yes. Which is good. But were we really making a sound? No. It’s a vicious circle.

Working on this podcast has actually also been confronting me with this. Which also led to me sometimes trying to avoid the work. Because I wanted to avoid that question. It felt like so what have you been doing the last 10 years?

Rae: You’ve been researching a lot of different protest chants. What have been some of your favourite discoveries?

Mariam: Oh, my favourite discoveries. I talked to Nancy Jouwe, and every time I talk to her she always comes up with some new information. She is a scholar who teaches at university about women’s rights and women’s studies. This is the first time I’ve talked to her in the context of protesting and demonstrations.

And what really surprised me is…. I mean, we know that a great movement always has known and unknown people behind it. Nancy talked about this coalition of women of colour in the 90s in the Netherlands. And remember how I talked about the connection between sound, protest, theory, and discourse? They had it nailed down. Here. In the Netherlands.

There were women who were doing their PhD, but there are other women who were doing social work, and they all met. There was no hierarchy. What I feel like there’s a lot right now is the professor from this university talking about activism, and then you have people with no degree at all really putting in the work. And I think there was this very, very beautiful moment in the Netherlands and at the end of the 80s, 90s, where there was this complete solidarity. “I’ll come to help you with helping marginalized Muslim women, but then we have a demonstration for abortion rights tomorrow.” And they all would come. That is something that if you don’t read about it in books, and that kind of stuff, you have no idea that it existed.

I also talked to Anousha Nzume- she is a public speaker and a writer who has spoken a lot at demonstrations against racism. She has been outspoken for years, way before social media. She shared the story of the demonstration 1983 organised when a young black man, Kerwin Duinmeijer, got killed. A tragic event in The Netherlands that I learned about via Anousha Nzume. We tend to think movements against racism like the Black Lives Movement are new, but they all have a history, an origin. The demo’s against racism in the Netherlands in the last 10 years would not have been relatively successful if it wasn’t for the days of the demonstration against the killing of Kerwin Duinmeijer.

And one final small discovery – [my sister] describes this very interesting moment about the first time she screamed at the demonstration. She said as she was more vocal during demonstrations, she’d become more radicalized in her politics. This was a really really interesting discovery to me.

Mariam: Oh, wow, I have so many hopes. That is actually episode three. What I hope is that we learn more from the past. We don’t have to invent everything again. That is a mistake I made many, many times. But we don’t have to. For example, when it comes to sexism within activist groups, I can see everything is being repeated over and over again.

I was also one of those persons who felt like, “okay, never mind that, we have a common goal here. And that is the end of zwarte piet.” So I’m just gonna ignore that you’re being a total patriarchal douchebag. But it doesn’t work that way. If your fight isn’t intersectional within your movement, then what are you doing? So that is something that I hope I will be able to do in the future. Hold on to those values that I’m fighting for, and also implement them, you know, internally.

Because if we don’t do that, then I’m afraid. Now it’s not super controversial anymore to say you’re against the zwarte piet tradition. And I do feel like a lot of white people are entering that activist space, and taking up a lot of space. I already saw it at the last Black Lives Matter demonstrations here in the Netherlands. I was very, very strict on who gets on the stage. Not one white person was allowed…which is in the Netherlands is very controversial.

That’s where the discussion now is kind of moving towards like, who and why and who gets space, it doesn’t get space. If I have to answer your question in one sentence, which will be impossible- we as the marginalized, need to really, really, really protect our spaces. Especially in activism.

Listen to the Sound of Protest 17 May via Dipsaus HERE. 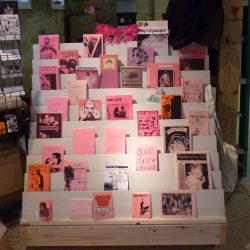 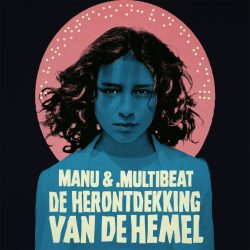 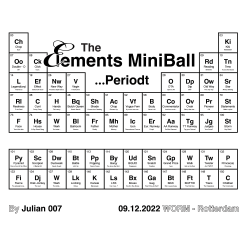 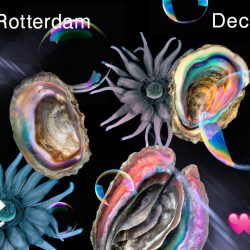 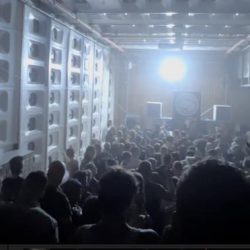 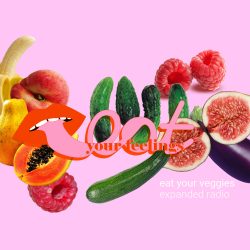 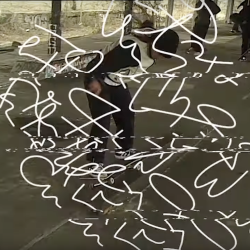 Mystery Session with an audience #1 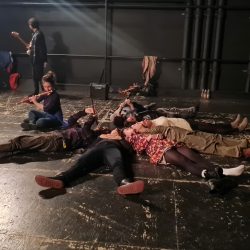 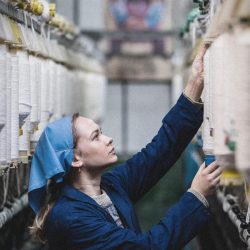