The Story of Synching

I wonder if the series of random events and people in my life are ever going to make a coherent connection? Even if this doesn’t matter it gives me  a chance to introduce the story of ‘how I met Ana, Staš & Blaž’.

Maybe the histories and socio-cultural backgrounds of our “post-communist countries” made me easily sync with Ana Brumat. We are both cruising through Rotterdam’s heady art scene and there was no question that her “Slavic taste” should be shown on my weekly show, “Wednesday Doesn’t Exist With BenKult” on Radio WORM. It allowed us to create a ‘SLAV Takeover’ and gave us a reason for meeting  Staš Kramar and Blaž Pavlica. Their stories about making radio and their understanding of the communities involved in that process changed my perception about the ways radio platforms can be explored. – Henrietta Müller 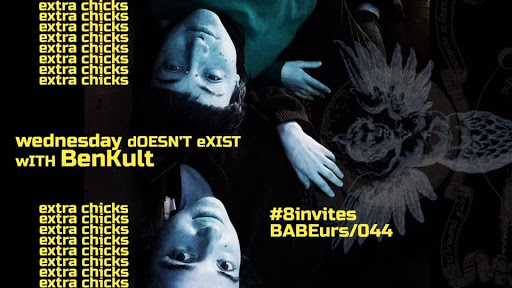 Could you introduce yourself?

S: I am Staš, a multimedia student working as a production and broadcast sound technician and music journalist at Radio Študent in Ljubljana, Slovenia. Producing or listening to music represents an extensive part of my free time. I also enjoy collecting vinyl and studio gear or going out field recording and shooting some film on a nice day. I currently live in Rotterdam because of my 4-month Erasmus+ internship at Operator Radio where I also work as a sound technician and help setting up online live streaming events during the ongoing COVID situation.

S: A good radio station in my opinion consists of a sound foundation, a solidly defined cultural and political position and a quality and diverse programme. I think that a vibrant and connected community built around the radio station itself is important as well.

Why and how did you start to work on the radio? What’s the motivation?

S: A good friend said I should do a try out as a technician at the radio. Besides Radio Študent is an educational institution that educates its prospective staff during the annual auditions: so you can start working with no prior knowledge in the field. I have an interest in music and audio in general. And I already attended some audio engineering workshops and helped set up a smaller DIY studio in my home town before signing up at the radio. But the knowledge and experience I gained at RŠ is still incomparable to any other institution I had worked at. 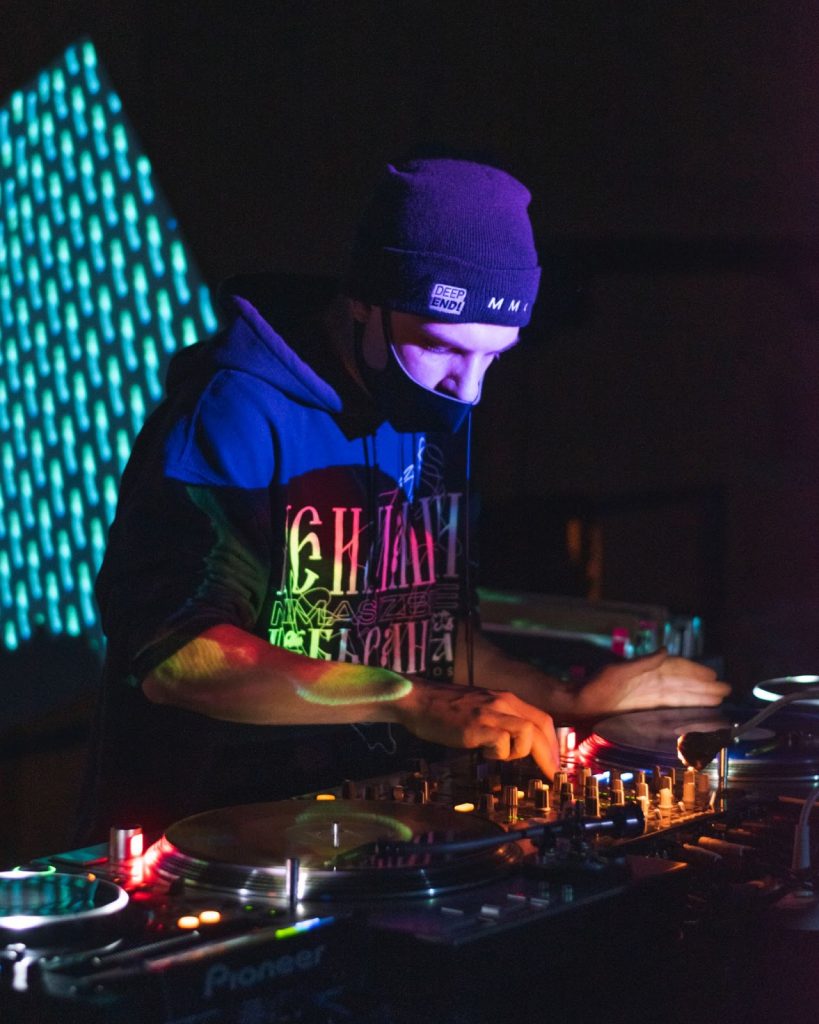 How did working on the radio shape you and your work?

S: Working at Radio Študent broadened my music taste, presented me to many different political views and cultural subjects and educated me well for future jobs in the audio industry. I met many interesting people and worked with lots of different artists.

Can you tell us about the current situation of RŠ and the influence that makes on the community?

S: The funding for the radio station is shrinking every year because of its strong opinions about the current political state of the main student organisation – its founder – and the country as a whole. During the COVID-19 crisis, when the radio station even intensified its reporting and programmes, its budget was cut by 30% – not because of the crisis itself, but as a consequence of the student organisation’s planned disciplining of a media outlet that does not bow to the ruling student elite. I think that Radio Študent and its exhaustive and uncensored reporting is now more needed than ever. Its presence connects open-minded people through many generations in a strong family-like community and promotes overlooked underground cultural content from all around the country. It represents a strong base for the whole alternative scene in Slovenia and helps to educate and train students for various positions in the media sector. 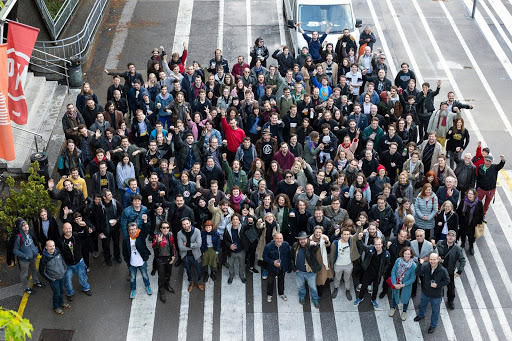 How did the Rotterdam and the Dutch music scene influence you?

S: I haven’t been here long enough to say the scene influenced me yet and the current situation makes it impossible to experience it in a legitimate way. I am lucky enough to work at Operator Radio where I can still hear a quality selection of alternative music and see the styles people like to present here. I also got an impression of what the scene in Rotterdam would look like normally, through some lengthy chats with show hosts.

What are your plans for the next edition of Slav Takeover on Radio WORM?

S: I’ll play some electronic music produced by my friends in Slovenia and maybe play some of my tracks as well.

Could you introduce yourself?

B: My name is Blaž Pavlica and I am an audio-visual artist, audio engineer, DJ and programmer from Ljubljana. Currently I live in Utrecht and work as a website developer. In 2014 I finished my undergraduate study of computer science and math in Ljubljana, around the same time I started working at Radio Študent as an audio engineer. A year later I started a DJ radio show Partijska linija, together with Jaša Bužinel, where we focus on new forms of electronic club and experimental music. This slowly evolved into a series of club events Cosmic Sex, where we hosted local, Croatian, Serbian and also British DJs. I have released club focused music on two local compilations; Chilly space 12 and Gibanica by the renowned Klub K4 from Ljubljana. I released an experimental record Virtual Entheogen on the Zvočni prepihi label, featuring two tracks, both made with generative techniques. I created music and visuals for two dance performances. I have performed with my audio-visual improvisational band Ansambel PRSA, at the start only with audio and generative melodies, but slowly transitioned to analog video feedback techniques and lastly to generative geometry and real time 3D rendering. In cooperation with Ljudmila Lab I have designed and led two workshops, one for kids about hacking a VGA cable and another about programming with Processing. Last year I had a D.I.Y. ambisonics array project at PIFcamp and produced three songs for a short film in ambisonics.

B: I think a good radio station is the one that engages its listeners with critical thinking and diverse content, and opens a space that nourishes these qualities in the community around it. 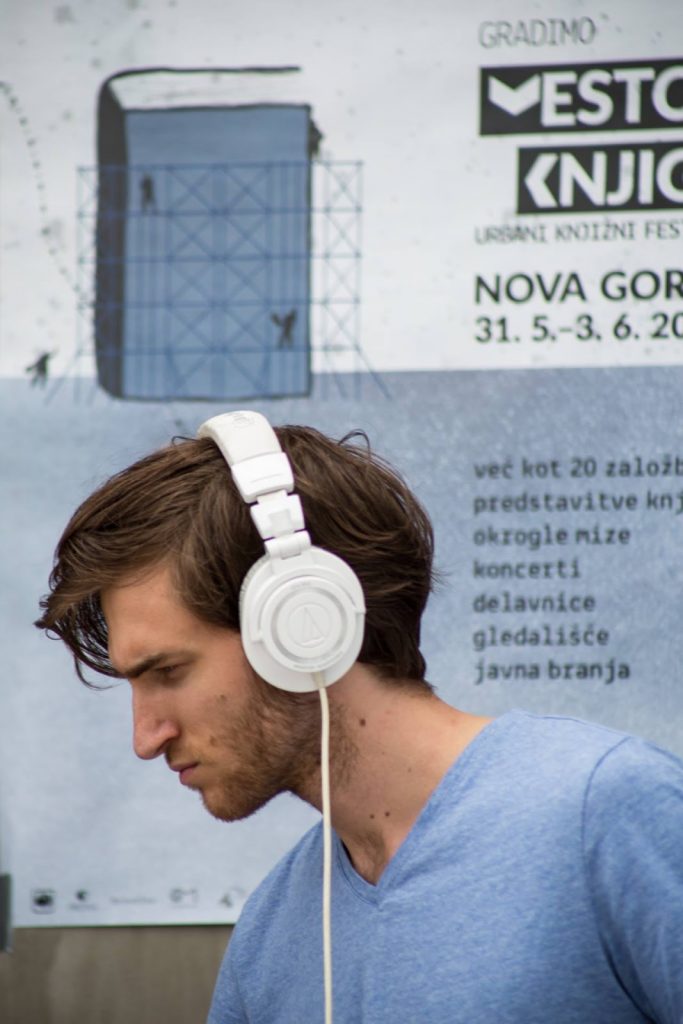 Why and how did you start to work on the radio? What’s the motivation?

B: When I started studying and moved to Ljubljana I started listening to Radio Študent, where I discovered a lot of genres I’ve never heard before. It instantly became the only radio I listened to since their musical, political and cultural content by far surpasses any other radio in Slovenia. I was mostly interested in electronic music and I slowly started producing it and DJ-ing. Towards the end of my degree I heard of the yearly auditions on RŠ; I applied for a technician and was later accepted. I saw it as a great opportunity to gather experience in working with sound and being active in a big collective.

How did working on the radio shape you and your work?

B: Besides the knowledge and experience in sound design, I learned how to be calm and responsive under pressure, which happens a lot on live radio and also how to cooperate with a team to produce something. The shared amount and versatility of music I heard during daily programs has shaped my creative process, so that I don’t try to follow styles and conventions, but mix different influences. While working there I was also exposed to the cultural and political critique, which gave me the tools to see the world and my work differently. 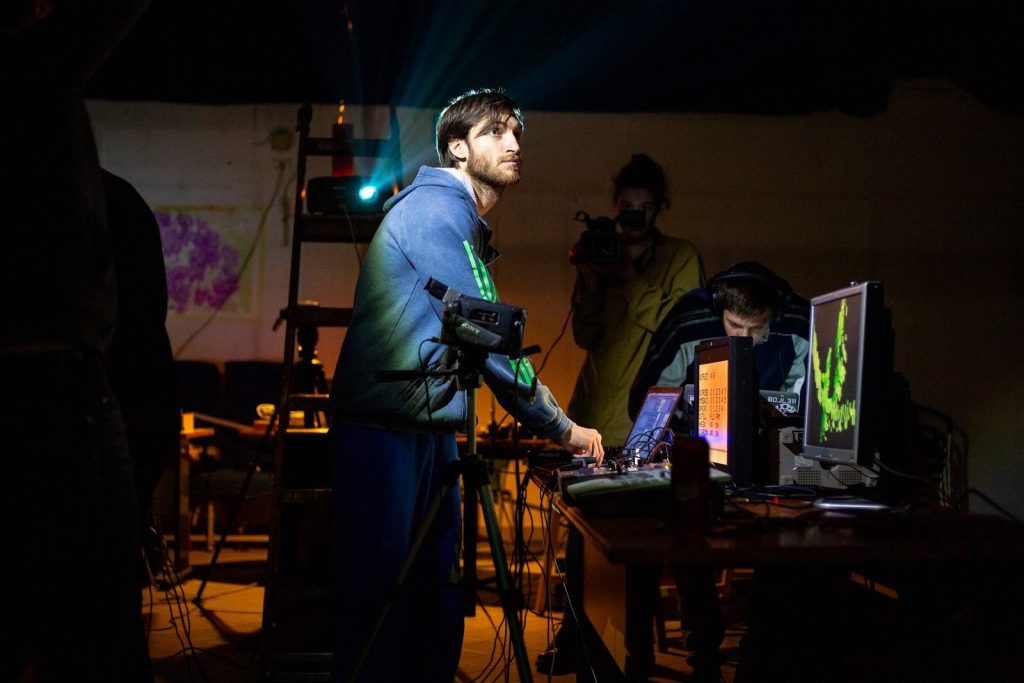 Can you tell us about the current situation of RŠ and the influence that makes on the community?

B: RŠ started a campaign which gathered a lot of support from its listeners and diverse institutions. After that, the student organisation included RŠ into the budget plan again, but with a much smaller funding. Because of this the radio’s existence is in danger, which also puts in danger the community engaged around it. This is a part of the destruction and decline of spaces that encourage independent critical thinking, which is even more important during the rise of populism in the world.

How did the Rotterdam and Dutch music scene influence you?

B: Because I moved to the Netherlands during the second wave I couldn’t experience the scene through live events. I have been inspired by the creative coding and livecoding scene, while meeting some people through the NL_CL meetups and the Signal group. Since moving here I discovered two amazing Dutch labels releasing great electronic music. The first is Nous’klaer Audio from Rotterdam and the second is Something Happening Somewhere from Utrecht.

What are your plans for the next edition of Slav Takeover on Radio WORM?

B: I would like to present some of my favourite Balkan producers of experimental and club music and maybe a special edition featuring live coding music.

Radio Študent was established in 1969 during student demonstrations in Ljubljana, Slovenia. As one of the oldest and strongest alternative urban community radio stations in Europe it not only transmits cultural and educational content, but also educates youngsters for careers in journalism and other functions on the radio station. In Slav Takeover on Radio WORM, these hard earned skills and experiences now flow over borders and merge other microsystems of NL “cultural flora”. Through an inexhaustible, nomadic pursuit of other creative forces we will produce new cultural networks and constantly weave a web which will ensnare other, extraordinary, partners in crime. by Ana Brumat 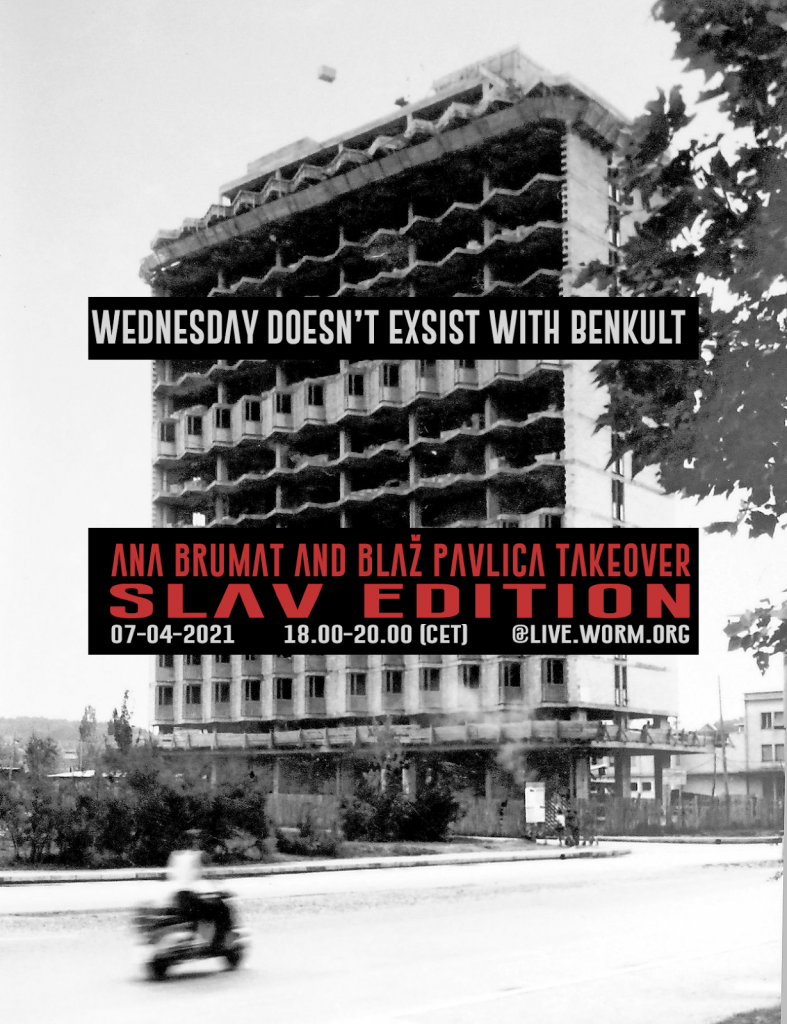