Conversations get you everywhere, along with being proactive in everything you do.  That is the dictum of Rotterdam-based musician and producer Phill-E.

“With all my work I want to push myself, take things a little bit further. I don’t hear boundaries and I don’t colour within the lines. I use what I think is interesting, and then I get involved completely, with whether that’s using an Afro groove or going to Dubai, or to Paris to make a drill track. I need to take the points of view of others into my work. And that process also includes your audience, you have to take care of the audience and go the extra step, always.”

Conversations with others, for example, picked up on the fact that his single ‘Hotbox’ uses G major, a chord often used to invoke a “Christmassy” feeling, something that Phill-E then reworked into the script for the song’s video.

“Music is the main rock on which I base my art. People notice that, they notice the different state of mind in my music. I am very close to my music, it’s me, and as far as I am concerned, my music should speak for itself. And the visuals I use come from this state, it’s me feeling the music.”

At some point over the last year WORM got involved, through management contacts and the good offices of H&V Agency, a Rotterdam-based creative agency and artist management firm. H&amp;V threw a showcase last February and WORM liked what they saw. “I was new in the city and I had just stopped with my studies and my job to concentrate on my music. There was a listening party in WORM and that was my chance, so I grabbed it.”

(Phill-E at WORM. All images courtesy of the artist.)

Grabbing it led to working on a new video clip in WORM’s studios and rehearsal spaces in late February, 2021. Again, with an eye to using innovative techniques and a constant questioning on how the music should be presented. You can see for yourselves soon. There are new plans in the pipeline, thanks to the help of WORM partner House of Knowledge and Fondspodiumkunsten. Watch this space.

(House of Knowledge (HOK), run by Sam Uittenbogaart and Tasha Slagtand, is a WORM partner. HOK supports a large number of new Rotterdam artists with advice and action, and WORM works together with them on various productions. In this way, a growing, shared network of artists can take advantage of a large resource of knowledge and experience.) 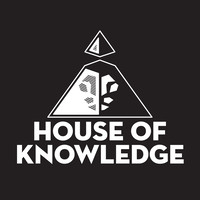