WORM talks to Chris Spruijtenburg about his residency at WORM. We have prepared a video in which Chris walks you through his process visually and a written interview taken by our very own Nia Konstantinova and Henrietta Müller, where Chris talks more broadly about his practise and his fascination with electronics.

WORM: You are currently working on a residency at #WunderPlatz X SKILLS. Could you tell us what you have planned for this?

CS: Well, the plan first and foremost, of course, is to get the arcade machines in working order. During this process I intend to collect some nice information and documentation on the history of these specific machines.

The second thing, as “physicist in residence”, I will be finding some interesting bits where the physics really shines through. On this side of things it’s always fun to find the first working principles behind what’s going. Right off the bat you might be thinking of the processing chips, which are based on semiconductors and ultimately of course, quantum mechanics (what else). But then, in these little “old” machines the screens use Cathode Ray Tubes (CRTs), which operate by flinging electrons, in vacuum, at the screen at insane speeds and energies. It’s actually around a quarter of the speed of light! There they generate light in phosphorescent materials, which is a whole other crazy zoo of physical processes. Then there are the switches, light bulbs… it’s a bit of a cliche but once you dig into something physics really is everywhere.

Anyway, at first my plan for the residency was fixing the electronics in these machines, but it turns out it involves more maintenance, missing panels, locks, and adjustments to non-working buttons that have been gunked up by various sticky fluids. There’s less chewing gum than I initially thought but there were lots of coins hiding in them though! You can imagine, I live off of arcade money now.

WORM: Are you into arcade games yourself? How and when did you start playing games? Which ones are your favourite games?

CS: I think I just missed the golden era of the arcade as a kid growing up, and was never really exposed to arcade culture in general in The Netherlands. I’m actually curious about finding out about how this culture manifested itself, specifically in our country. I do remember always wanting to play the pinball if one was around when I was younger.

My first computer game was probably on our PC, at home. Computers hooked me right in there, typing funny commands into a machine. I remember games like Sokoban (a puzzle game in which you move boxes around..almost like Amazon). Speaking of Sokoban, look out for a new game from Jonathan Blow, inspired by it. I also remember games like Leisure Suits Larry, even. In retrospect I don’t know why my parents let me play it! I guess I typed “buy condom” a lot in the game. Well, at least it taught me stuff. Then there was Digger, Bushido, Grand Prix Circuit. It’s incredible when I start to think about how many games I played over the years! I don’t know if I have any favourites but a good adventure game still hooks me.

WORM: What is your process like? What are some challenges which you are experiencing now with the restoration?

CS: It can be a little scattershot (laughs). I just like to get an overview first. Just starting, gradually, so that I can build a picture. Along the way, I will find things here and there which really fascinate me. That’s when I start to dig into my findings, come out at the other end, and find the next thing to focus on.

As far as challenges go it’s crazy how much work goes into finding all the separate parts: little lightbulbs with specific sockets, bulbs that take 100 volts, weird switches… It really is technology from a different age. Another challenge is deciding between if I want to do a full restoration. Do I make everything shipshape as it was in the 1980s? So should I take off this sticker… or not?. Every bit of the machine tells a little story and it’s a funny tension between what is and what is not “authentic”. An example: the Mortal Kombat Cabinet is from 1992 and on the side of the machine there is a print of Johnny Cage in full kick mode. The print looks a little off, and when you look into it, it turns out the red paint has totally faded! Do I reprint the sticker to make it look as new? Perhaps this would be like repainting ancient Greek statues, because they used to be painted.

The biggest challenge up until now is finding the PCB motherboard for Mortal Kombat, it’s the beating heart, if you will. It somehow got lost in its history at WORM.

WORM: You are a physicist by education and profession, but you are also part of a lot of artistic environments such as TEC ART. What appeals to you in the intersectionality between art, science and technology?

CS: Curiosity for me is a definite driving force. The “what happens if” question and a spirit of ruthless exploration is present in both art and the sciences – coming from totally different points of course. Perhaps the tension and the freedom is what interests me. 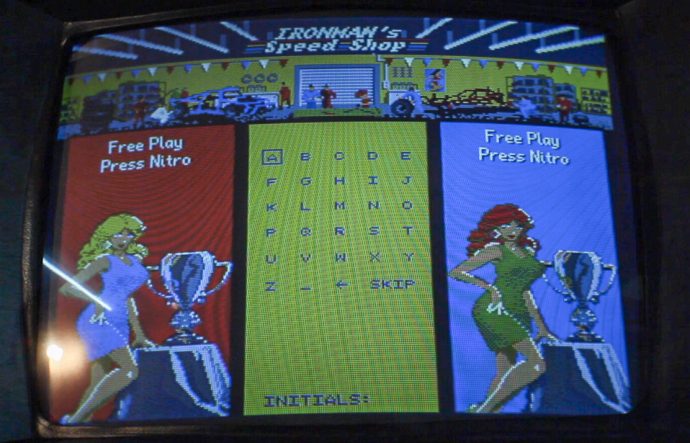 WORM: You are actively involved in @Sickhouse (Enschede). Could you tell us about the cultural scene and activities you are busy with there?

CS: Sickhouse is a cool space. I’m part of a small crew of crazies who are actively trying to find the yin alongside the yang in technology, and connecting deeper questions to games and playfulness. I find it super-interesting to find the connections, as it helps us place ourselves in a world and question our surroundings in a proper way. Not everything should be serious, and we could do with more child-like approaches. In general in society we’ve placed ourselves in very rigid structures of organisation and these practices reflect in our way of life. It’s very poignant to investigate our relationship with and in these processes.

The cultural scene in Enschede itself is pretty small, but very active and creative, and feels a little like a family. The struggle right now is real, of course, and yet there are people doing their utmost. I really appreciate the drive to do something different in an otherwise pretty monocultural city. Without it, I would have left the city long ago. The WARP building has also recently started to be a little more active in this regard. It houses Sickhouse at the top floor, but also houses a lot of independent creatives and has the Spacebar at street level. Finding a different sound and cultural representation is a struggle but I think these people have been doing a great job for years. 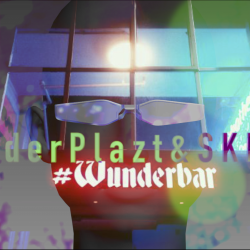 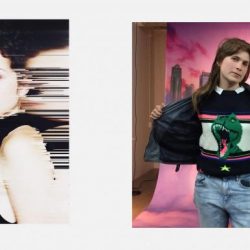 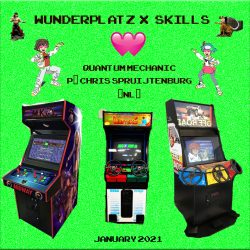 WORM: How do you feel in Rotterdam?

CS: I feel pretty dope. WORM is a really nice space, and I feel at home there. Somehow a familiar aesthetic in collaboration and easy-going-ness permeates the place.

BenKult aka Henrietta also invited Chris on her radio show to talk about physics and music. Dive into this sound journey below.