Tonight is the first time that finally, after a long period of closure, WORM’s audience can once again attend a theatrical performance. The UBIK space is marked out with arrows and lines that space out the seats, but everything seems well balanced. Tonight we start again with the female group, TRICKSTER, bringing HEROPERA back on stage, in a new version.

The scene is full of colourful objects, screens and stage clothes that are used cleverly by four women, who work around standard ideas of ​​opera; together deconstructing the image of the female heroine. The actresses look like carpenters who, from time to time, build a different space in the centre of which the female heroine becomes something else, an active part of the scene and no longer as passive as the classic work wants.

As a spectator I feel the performers’ fatigue in building an ever new, different scene that surprises every time. The skilful use of the body, the stage space and the use of variety stage clothes contribute to giving depth to the theatrical language.

This continuous dialogue between the human beings who move objects, change clothes and change the scenes makes me think that tonight we return to life through the theatre; celebrating the female figure -through its destruction – and in bringing it back to life in a new way.

After the show, we gather in the S/ash Gallery to share drinks together and talk about how we experienced the return to the theatre, even if differently than before, with a different layout of the audience that did not, however, prevent us from experiencing what the theatre can offer again. A new life. 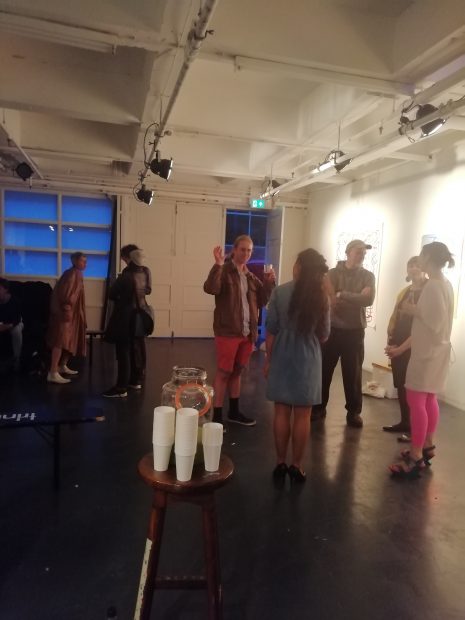