Recently Jenya Gorbunov of Moscow’s brilliant Inturist and гш / Glintshake gives a rare interview, to Richard Foster of WORM and The Quietus about life, work and his time at WORM Sound Studios!

The full Quietus interview can be found here: https://thequietus.com/articles/27693-inturist-interview

Jenya became obsessed with WORM’s KORG mini synth whilst he was here, as he explains in this lift from the interview.

Maybe there’s a link here to the music you’re making in WORM’s Sound Studio. I see you’ve spent a lot of time playing on the KORG mini synth, putting your guitar through it. And you said to me it was making some crazy sounds.

JG: It was interesting to use it, because I found out that it made some unpredictable sounds when you play two notes at once, as it can’t understand what note is playing. It only understands one note. When you take two notes it tries to find one and starts to make unpredictable noises. And I love it in music, when something starts to be unpredictable. It’s so much fun when you listen to your guitar in one channel and the stuff from the KORG in the other, and realise they are trying to play the same things but can’t! It’s very cool. You can make a whole record of this stuff! It’s always funny when you find something new with your main instrument, such as my guitar. 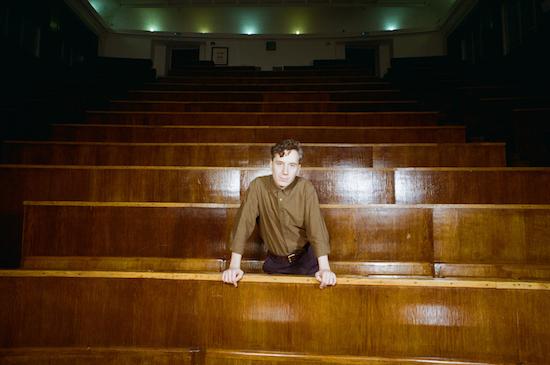