Kolijn Jagersma, Rotterdam-based artist, curator, and WORM collaborator, invited several colleagues (who invited others, as usually happens), to join in her project: an art route curated as a real-life, choose-your-own-adventure, in the port area of the Belgian city of Brugge. The project was part of Konvooi Kunstenfestival, sanctioned by Het Entrepot, a creative “free port” and a cultural centre for young people. At this soon-to-be-gone terrain, since it is part of a reconstruction plan, the WORM pirates came up with an idea to build their clubhouse turned temporary planet, to play, entertain, explore, and make a good old mess.

We came up with grand plans to take over, and hold a mutiny over this treasure island:“We will ask them if they have a tank! To film the missing Tank Girl film from the Pirate Bay archive!”“Let’s ask production for exotic plants! And banken (couches in Dutch) – our planet needs couches to chill, and build weird moon-crater structures! (remember the banken, this is an important part of the story)”“We can drive up and down the terrain, put people in Charlien’s car and do a misguided tour that changes each time and confuses everyone” 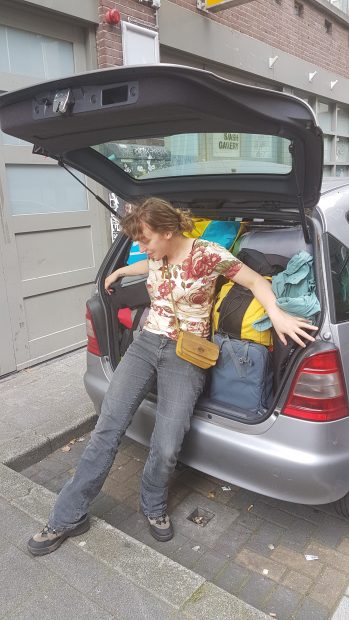 When life gives you twenty benches (banken), you build a fortressOn our first day we managed to squeeze our supplies and camping gear in the car, not get arrested by the police who questioned our presence on festival grounds, and scavenge the streets of Brugge for treasure: we retrieved an abandoned “wegomlegging” (road diversion) sign that would lead unsuspected visitors through our diversion, and the weird-smelling log from the port that we spotted hours before as the perfect candidate for the ever growing banana sculpture. A hyper-energetic Iris gave form to the wildlife of this imaginary land with found branches and her trusty drill.

Banken meant benches and not sofas in the Flemish land. Due to this intercultural miscommunication we now had more benches than we would know what to do with. We made it work! They were our Lego blocks throughout the festival: we built a zine and book display, a stand for the movie projector, seats for our guests, and a place to stack our art supplies and food.

We set up everything feverishly, complete with beamer, speakers, and lights, and were ready for the opening. 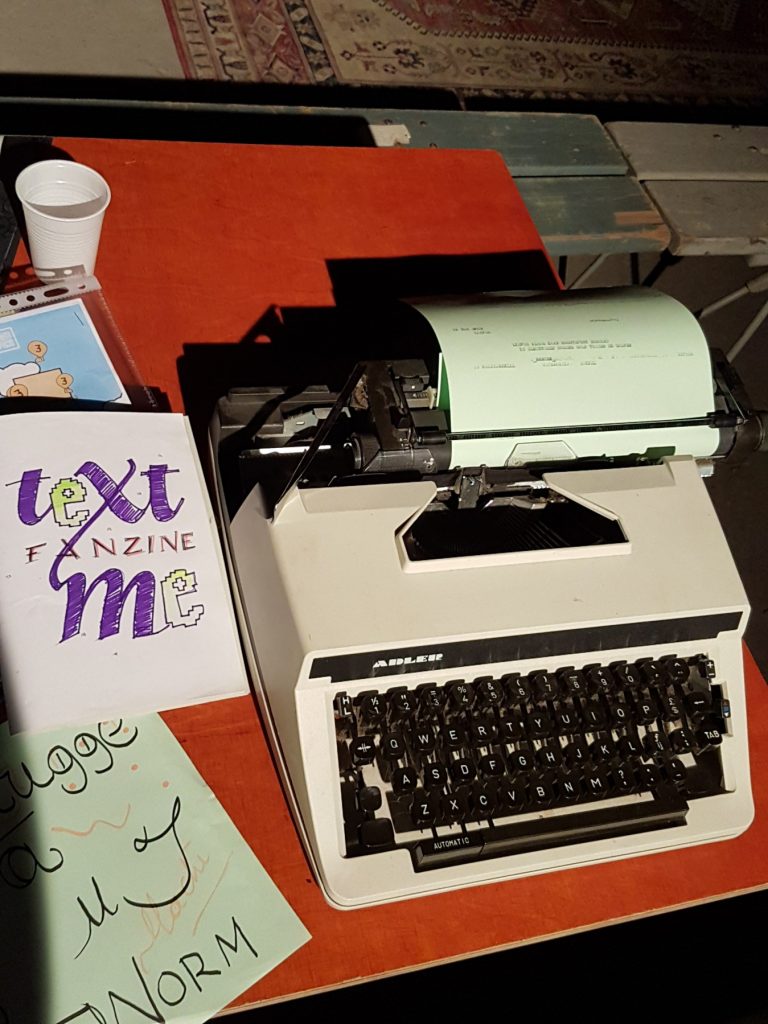 Wegomlegging – our walk-in atelierThe space was open with a different programme every day: The Zine Club and WORM Pirate Bay library opening were on Friday followed by a DJ set by Virgil. Tamara from RE#SISTER gave a modular synth performance on Saturday, followed by a chill Stonerama on tour film screening, where we learned all about insects in horrifying close-ups. WORM Radio took over the main stage for an early set on Sunday. This was the official program, with several things happening simultaneously: weird creature costume stitching, fervent photocopying, visiting our artist neighbours in an alien get-up, and terrorizing local performers with upfront non-nonsense proposals; “let’s perform together! Now? Now!” 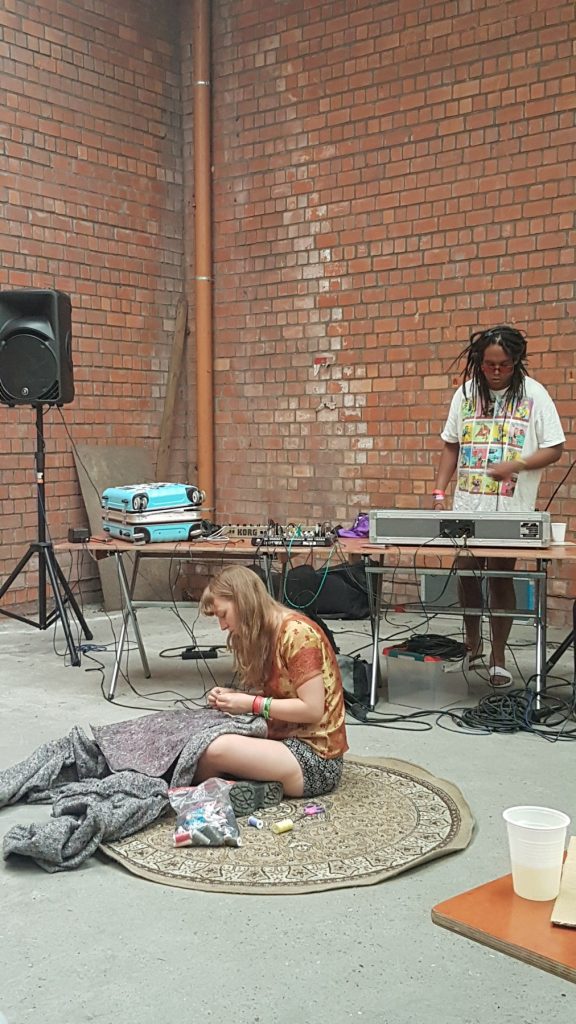 Several guests, artists, students, zinesters, calligraphers, locals and tourists, people of all ages who made zines with us, drew with chalk on the wall, and watched Pirate Bay movies, showed up and became part of our fugitive clan. 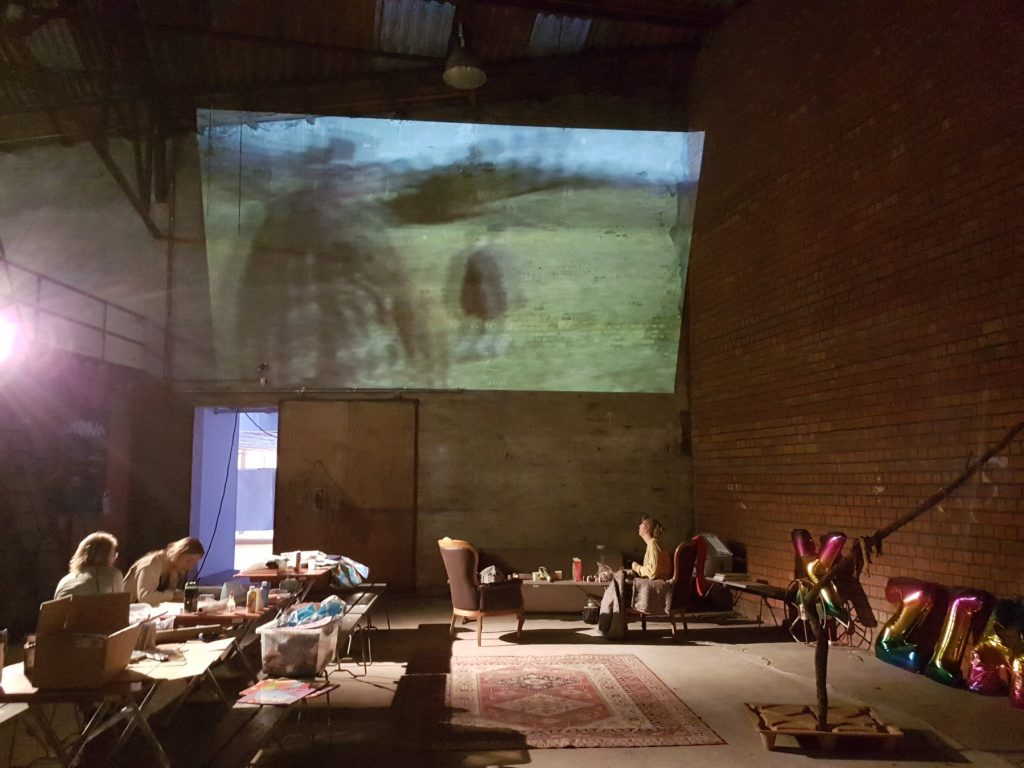 In a blink of an eye, the weekend was over, and we had to perform the final ritual: break down the terrain, with short breaks to eat the leftover snacks, and share our common love for Patti Smith and post-punk. 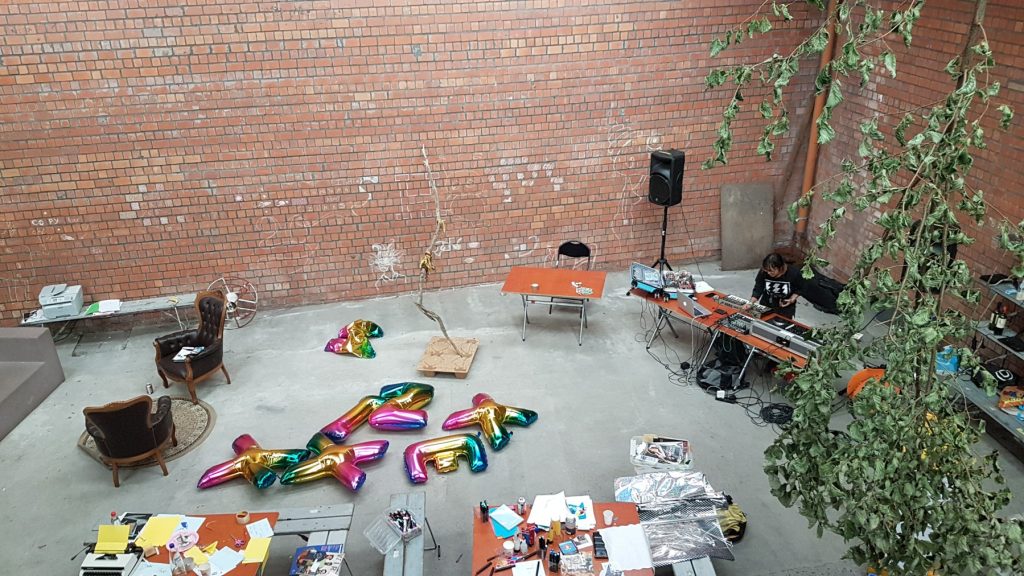