WORM starts a new occasional series where we talk to our friends and partners working, curating or producing at WORM. We start with Roffa Film Club, a monthly night in WORM’s main hall where filmmakers from all walks of life get to show their work and talk about it. 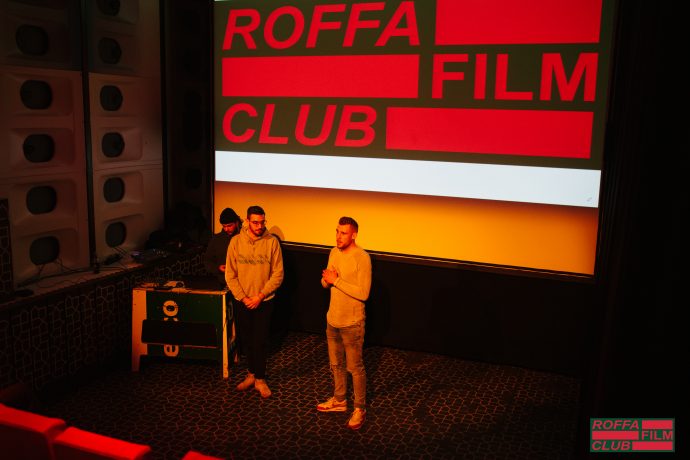 WORM: I suppose I should start by asking you both, what drives Roffa Film Club?

Sanjay: We met each other in Breda while studying International Media and Entertainment Management. While at college we discovered that rather than manage Media and Entertainment makers, we wanted to become makers ourselves. In 2016 we graduated with a short film, and promised ourselves this was the beginning of many more short films and other experimentation to come! However, by the end of 2017 we had made about one and a half short film and a couple of music videos for friends of ours.

I stumbled upon this keynote speech by filmmaker Mark Duplass

Here he talks about making “$3 shorts” every weekend. Basically making a short film, as often as you can. From start to finish. With the resources you have available to you. (the $3 references the cost of DV tapes he had to buy when he started out).

This combined with the spirit of an LA based monthly festival called Channel 101. Started by Community creator and Rick & Morty co-creator Dan Harmon and his friend Rob Schrab. Here creators, anxious to work in Hollywood, could at least show their work somewhere and get a direct response.

Creating some form of free work as often as possible, and at least every month. So you can keep busy, keep creating, keep getting practice, And also having a place to show it, so you could have a direct response to your work, and face to face feedback became the goal. And why we created ROFFA FILM CLUB. We wanted this not just for ourselves, but also for other creators in Rotterdam.

Ahmed: To add on that, the community also drives RFC. Before we started we asked around in our circle and network if an event like RFC would be beneficial to them and they responded positively. And that’s exactly also what we hear each night from new filmmakers. For a lot of them it’s the first time where they can actually gauge a live response for their film.

WORM: Because in a way it’s not really a film club is it? It’s more than that, you are a sort of a locals drop in centre, film enthusiasts night and makers club. Can you let people know what the night’s boundaries actually are?

Sanjay: We ask for films that don’t go over the 5 minutes. And ask that it not commissioned work. It needs to be work that the creator is passionate about, and preferably comes from themselves. We sometimes allow music videos, if the creator had complete creative control.

Ahmed: It can be anything really, from the most abstract experimental mood piece to a short comedy sketch. We do try and encourage people to create something each month and submit it, to make it a routine thing so that they themselves can try out new ideas. As far as audience it’s also a good mix. Most of them are filmmakers but we’ve also had a lot of people who are not makers themselves but just love film and are open to new experiences, which is good I think because they often offer a different point of view.

WORM: RFC can act as a safe space too…

Sanjay: Yes 100%. What is shown and discussed during a RFC night, stays within the four walls of RFC. We also encourage people to show work that maybe didn’t really turn out the way you wanted it to. Or just experiment with stuff you’ve never done before. You can probably learn more from things that don’t work, than things that do.

Ahmed: Exactly, it’s a place where hopefully you can show your failures and instead of being discouraged by it, you’re inspired to create something else. We also encourage our audience (of filmmakers and film lovers) to be a bit more critical and come up with constructive criticism that can help the filmmaker. It can be unnerving because people don’t really know each other but hopefully we create this space where people can be honest. That’s the only way you become better. A guitarist can practice on his or her guitar for endless hours to become better but because filmmaking is really a collaborative art-form, it’s hard to keep practicing it to become better. That’s what we also want RFC to be, a place to keep practicing your art-form on a monthly basis. 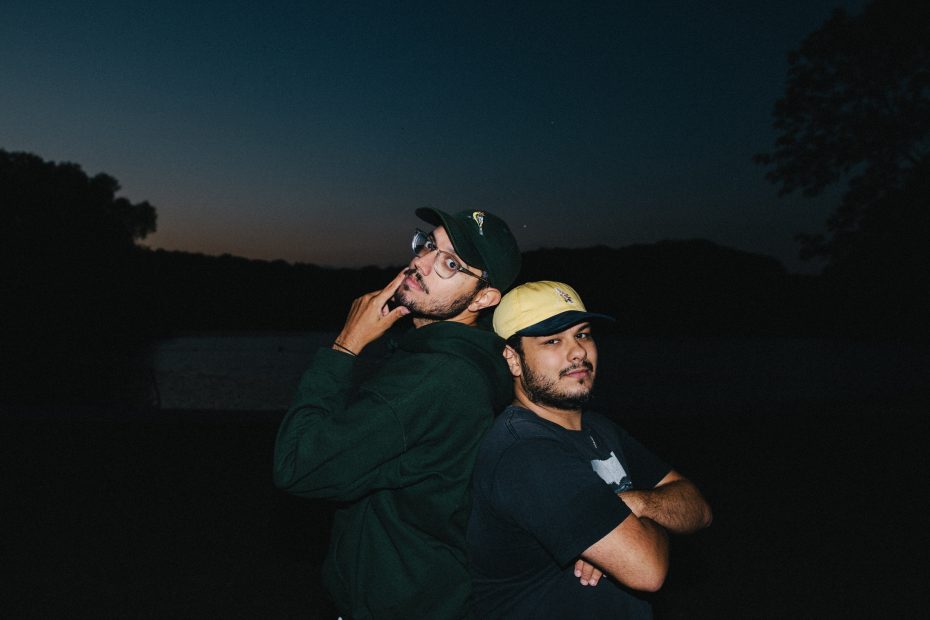 WORM: I remember you took a barber’s shop just off the Witte de Withstraat as an inspiration for your film nights. It’s an intriguing choice as inspiration. Can you tell us more about that choice?

Furthermore, I think the drinks and chats people have at Wunderbar after the official night is done, is just as if not more important as the night itself. People connect, exchange contact information, ideas.

WORM: Roffa is in your name: so the city is part of your thoughts. Tell us about the city, in your eyes. Good and bad.

Ahmed: I’ll try and not to use the cliche answers most people give about Rotterdam but it’s hard. To me it’s a city that’s constantly evolving and never seems to be happy with where its at. It’s always building and experimenting, which kind of perfectly describes RFC’s spirit. The fact that it’s a big melting pot is also extremely inspiring for storytellers. In a lot of ways it’s a great city for a film landscape to thrive in but that hasn’t really kicked off completely unfortunately. So our name is also a little bit of anti-establishment, a subtle ‘fuck you’ to the film powers that be to say ‘we’re doing our own thing here’. The things that make the city great could also be the things that hold it back a bit in some regards. Because of the ever changing nature of the city and because it doesn’t have a singular focus it can confuse a lot of people or industries. But you just have to know how to navigate in it.