If I speak in terms of medium and materials, it’s hard to put Élisa Colette Chéradame’s practice in a box. Although she now produces only fictional movies and documentaries, I could easily guess, regarding her way of editing and her visual identity, that she is a painter and collage artist.

From September to October 2019, Élisa was resident artist in WORM Pirate Bay. She planned to work and experiment with WORM’s archives, questioning the medium of film along the way.

WORM: You define yourself as an artist, a movie maker and film director. During our past discussions, I noticed that ideally, you would like to focus on fictional movies instead of documentaries. You make a clear distinction between documentaries, fiction and art videos. The videos you categorised as artworks involve other mediums (performance, installation), what distinguish them clearly from your other movies.

…However, I am curious about the separation you make between documentaries and fiction. From an outsider and artistic perspective, the boundaries between those two genres are hazy. How do you define them, and why the distinction matters to you?

ECC: My distinction mainly has to do with my approach toward a movie and the methodology I use. Documentary comes before fiction in my creative process.

I use documentary as a research support. When I am making a documentary, I let “the real” guide me. Yet I try to have a neutral approach, to explore my subject and be guided by what I discover. Then, the distinction isn’t much about what is true and what is not (a documentary can be fictional), but about ethics.

…When I work on fictional movies, I usually make my statement clear, and translate personal views and questions with moving images. The way I depict my subject is extremely personal, it’s about my subjective vision of facts and realities.

Both fiction and documentaries are necessarily to my practice, they enrich each other. 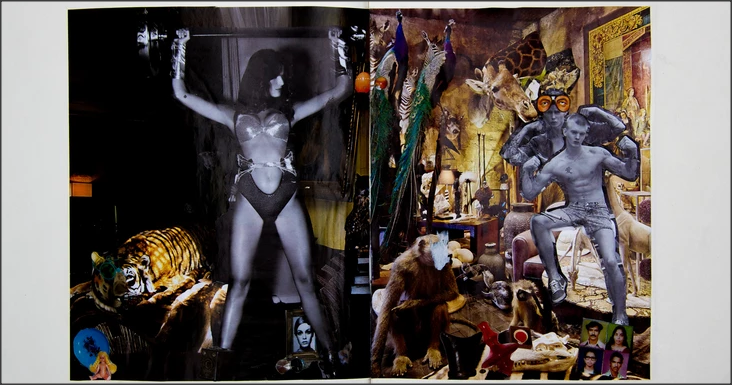 WORM: I see most of your documentaries as portraits of people and places. When your subject is a person, it’s often one of your relatives. Does it make it harder or even impossible to keep a neutral approach when you already know your subject, sometimes in a very intimate way?

ECC: Of course there is a lot of fiction when I portray a person, because I see people as characters. My starting point is always subjective. I consciously – or unconsciously – focus on aspects of the person that fascinate me. And I choose my subject regarding my own interests. From that, I start the documentary process. We could say that the starting point is fictional, but all the following [work] is documentary. Depending on my relationship with my subject (in real life, not necessary while I film it), the person can unveil and reveal different aspects of her or his personality. I always see them in a new way after working “on” them.

WORM: You often use archives in your portraits (found footages, family videos, etc.). When they are missing, you recreate them, for example by going back to places your characters mentioned, even if they were there decades ago. What is their role in your working process?

ECC: Indeed, archives can be anything. They are not necessary physical or related to a medium. They are a tool that helps memory to come back, they link the past to the present but stay something subjective. Archiving and using archives is a way to translate an atmosphere, a feeling, a fact, into something accessible for people who are external to one’s memories.

This (reappropriated) archiving process highlights the fractive aspect of memory and identity. It also makes me see your films as collages (on the material and conceptual level). This notion matters to you. Could you tell me why, and what is your definition of “collage”?

ECC: A collage is for me a reappropriation of reality, a subjective interpretation of things surrounding me. I don’t see it as a physical action only, but mainly as a conceptual general practice and methodology: collecting elements from the real and group them as a base to remember.

…For example, I take a lot of notes, make a lot of lists, and cover my walls with a lot of post-its and images. It helps me organise my thoughts and highlighting chosen elements, while staying a fluid and organic thing.

In my movies, this cut and paste aspect is visible in the editing. I use different quality and sources of images, play a lot with the rhythm, and use a lot of black screens in order to create visual and mental breaks. A collage has various layers, and it makes my movies readable in many different ways. As archives, collages serve fiction and memory, to me it’s the best way to depict reality in a subjective manner.

…This methodology is present in all my artworks, it’s the reason why I don’t make a difference between art and movies. 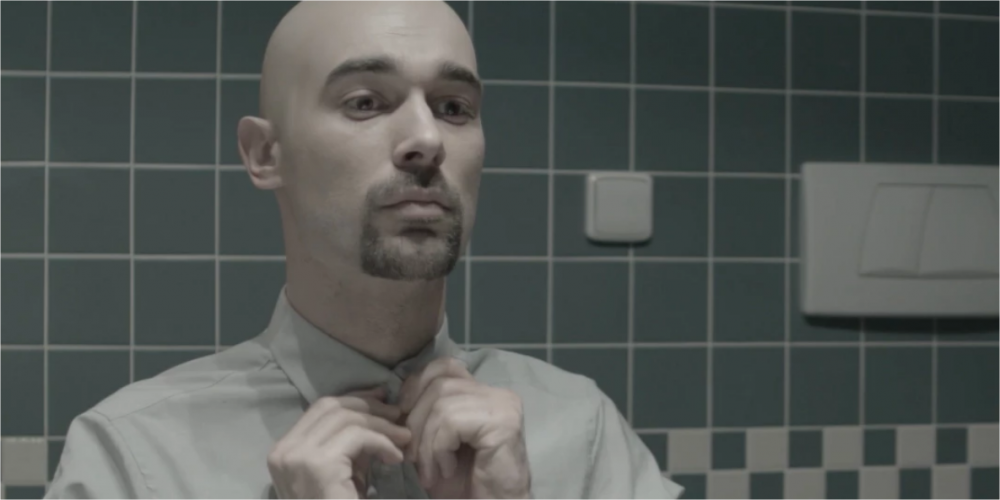 WORM: Indeed, as I know you well, I can confirm that boxing and biking are some of your hobbies, and things you are proud to do as a woman. Are you unconsciously scattering portraits of your own femininity in those videos?

ECC: Maybe… For sure, it has to do with [my] strength and power.

WORM: Your gender doesn’t much influence the content of your movies, or at least only in a discreet way. But does it impact your artist career, or the person you are in society?

ECC: Being a woman certainly has a negative impact on me in the art and cinema worlds. I have to fight more than men to be accepted or listened. Usually, I feel that men want to protect me, and don’t take me seriously, as an adult. When they realise I don’t need to be protected and am independent, they start to objectify and sexualise me. I am almost always in a sexual power fight, most of the men with whom I collaborate create unprofessional sexual tensions. Unfortunately, that’s something lived through by probably all women in the art industry. We need to be stronger than men to be respected. My answer to that is overacting: since equal relationships between men and women in the art word don’t exist, I try to become the dominant one. 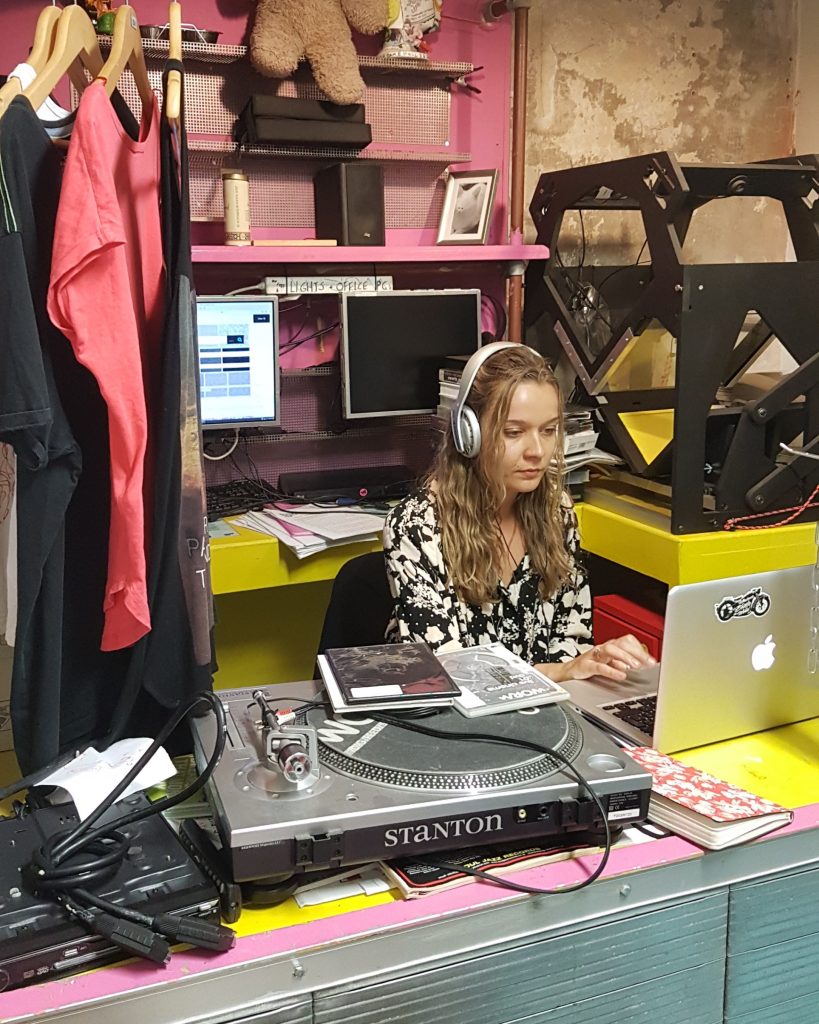 WORM: Concerning your artist career, do you have expectations towards your residency in WORM?

ECC: I am intrigued by the heteroclite aspect of WORM, I see this place as a collage. Being in a new environment always impacts my practice, I try appropriating new spaces and atmospheres by digesting the information coming to me. Also, strangeness and incongruous elements are recurrent in my work, and seem to be part of WORM identity. The way we react to strangeness, extravagance, alterity, and things that are “too much” is often a starting point for me. On a more personal level, I like things perceived as “too much” (pop singers, camp culture, hypermasculinity…).

ECC: Yes, I’ve always been feeling as a “too much”. In my behaviour, my feelings, I can be quite radical, almost animal. Moreover, I speak too much, I move too much, I push too much the boundaries between me and the others, I heard a lot that I was too masculine or too feminine… I like to play with the limits of what is socially acceptable: more I hear that I am too much, more I play and accentuate these inappropriate or disturbing characteristics.