Lookback: WORM Home and Away November 2018

The weekend of the 8-11 November captured the spirit of the brilliant, tumultuous previous two years at WORM and gave some indication to what we are looking to do in a new, more fluid phase, The Open City.

In retrospect our activities the Avantgardistic State also led to a more international, open, and visible WORM. Whether by accident or design, we can’t tell. But it’s happened.

One thing we did know: the world around us was changing. Old concerns over artistic hierarchies had been tossed in the bin in this swipe-through world. Looking out of our ‘bastion’ on the Boomgaardstraat we saw the popularity – some would say gentrification – of the Witte de Withstraat. We saw crowds strolling by seeing WORM as something to look at, and stick on Insta as an #Experience. So we actively recruited and trained likeminded souls, produced and created publications and organised public events. We had to make a mark, comment, engage, in our own way. We couldn’t wait for the world to come to us.

It was fitting to note the end of this period of change with an old tradition; the Requiem. This musical tribute to the previous two years’ artistic activity was composed by WORM friend Michiel Klein and played by Klein and a star band to a full WORM. This intense, beautiful piece was prefaced by a bible reading (an avant-garde act in these carefree times) by volksartiest and Baroque revivalist, Jacco Weener; no stranger to WORM. We clapped, sang, and wiped away a tear or two. Human “huilies”, in fact.

As is the nature of WORM, we immediately packed up our sorrows over the Avantgardistic State and jumped headfirst into something new and mysterious – a film festival that charted “the acute relationship between humans and landscapes”. We asked co-curator Tim Leyendekker to explain further.

The starting point of FIELD RECORDINGS was watching Joshua Bonnetta and J.P. Sniadecki’s ‘El Mar La Mar’. This was a truly compelling experience and while it felt I was watching a most singular art work I recognised certain strategies used in other contemporary documentary films, sparking a curiosity to find out what it was that connected them. Through a mutual friend, Kaya Erdinç, I got in touch with Sander Hölsgens, who wrote an interesting article on ‘El Mar La Mar’ and who had just finished his PhD in Visual Anthropology from Bartlett School of Architecture in London. Hölsgens is also a filmmaker himself. We put together a program for which we created a framework to investigate the forms and concepts of contemporary anthropological cinema and landscape film, in an active dialogue with invited guests and our audience.

A significant aspect of the selected works was the way in which sound and image were deconstructed and re-purposed. This was also the focus of the first evening, in which we presented a listening session with three of Joshua Bonnetta’s sound works, and a conversation between Bonnetta and Hannah Paveck, who works as an editor for feminist film journal Another Gaze. Hannah is currently finishing her PHD on ‘Silence and listening in global art cinema’ at King’s College in London. On the second day we presented the film ‘Silence’ by Pat Collins, a major influence for Joshua Bonnetta while he was making ‘El Mar La Mar’, which we presented that same night, bracketed by an introduction by Sander Hölsgens and an extensive Q&A with the audience. During the (sold out) closing day we presented a tightly curated plethora of art films and documentaries which deal with the way the human body is inscribed in the landscape it inhabits. Amongst many other films, it included the Dutch premieres of ‘Eldorado XXI’ by Salomé Lamas, ‘Optimism’ by Deborah Stratman and ‘Artificial Paradise’ by Chick Strand.”

You can read an in depth festival review of FIELD RECORDINGS, on respected national publication, Filmkrant here (in Dutch).

As mentioned earlier, WORM is making mates in all the places you’d least expect. We want to find common ground (literally and metaphorically) with heavy urban types and Day Trippers, to show the adherents of der Neue Perfektionismus there are no real answers, that making a mess and finding something artistic in the debris >>> Toff, or even Leuk. Or even (brace yourselves), #pictures of of hot chocolates on Ye ‘Gram. Unbelievable isn’t it? WORM is that sand in the socio-cultural vaseline. A good example of our socio-cultural forays was when we teamed up with the fabulous Le Mini Who? to bring “something else” to that popular day festival. The well heeled of Utrecht didn’t really know what had hit them when WORM’s Filmwerkplaats cranked out a flood of projections, making the cavernous Pastoe Fabriek resemble a Warhol movie. “B-b-but where are the bandjes en singer-songwriters!?” screamed the collective Utreg mind. With the Pirate Bay’s day long interjections over some Henry Flynt and brillyaunte and dyverse musickes courtesy of Difficult, Afework Nigussie and MorethanbassX, a new Third Eye was presented. Hours of mild abandon, religious observance, burgers, balloon-headed women, righteous grooving, belly dancing and a quietly raving repeat performance of the Requiem followed. Review via UK site Gigwise HERE. And we welcome all our new Utrechtse friends to the Open City. 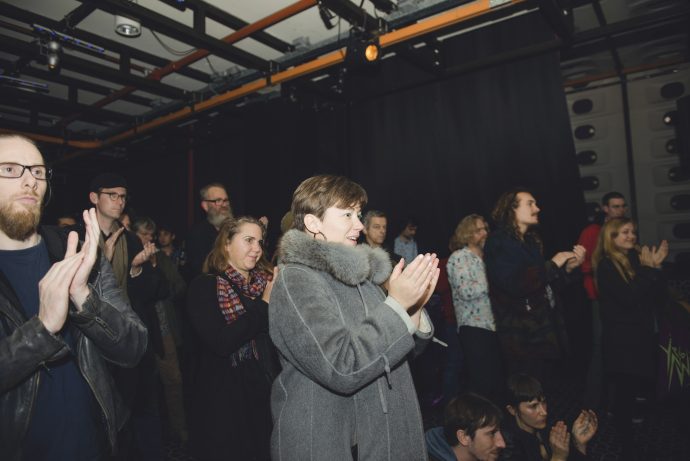 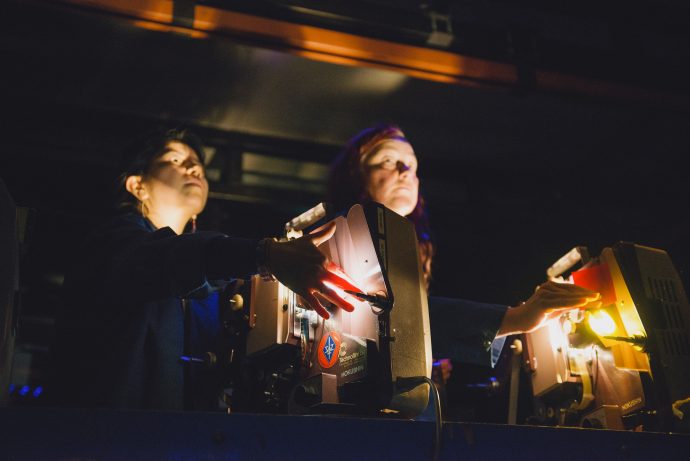 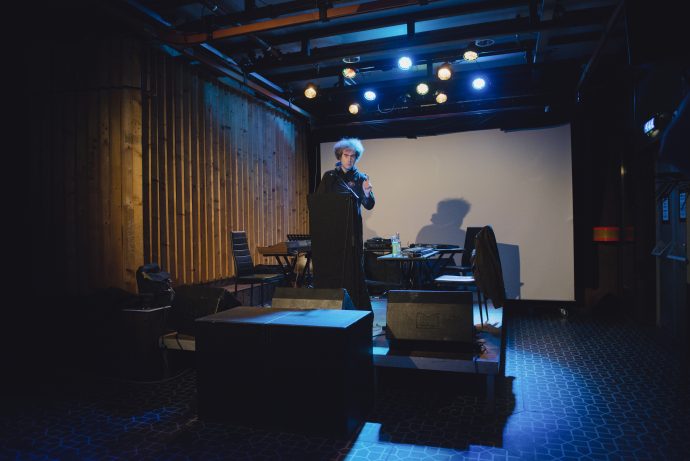 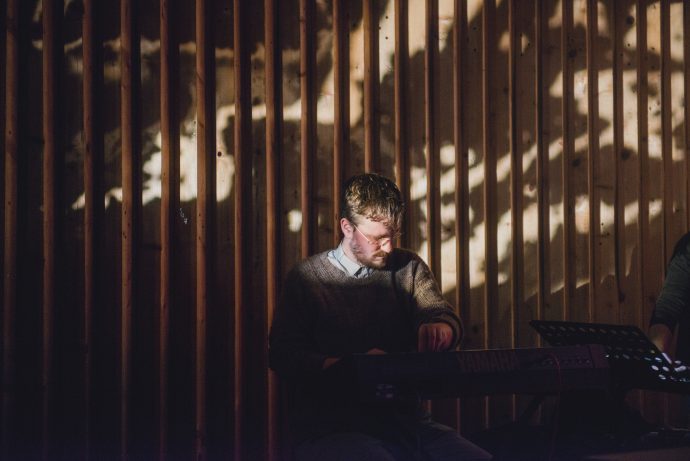 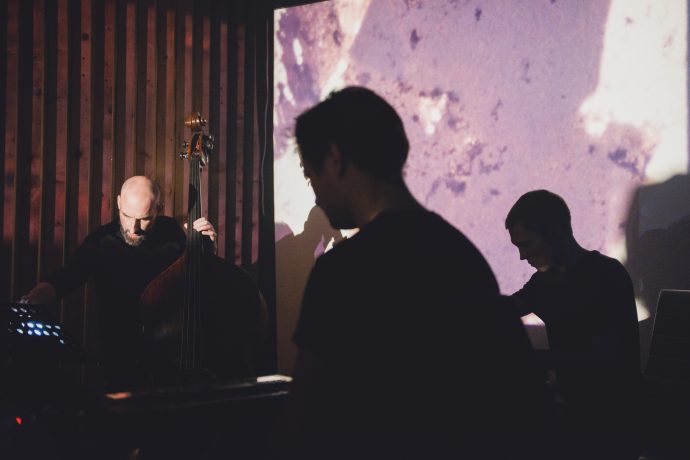