Tess Martin runs Manifest, a regular show and tell night at WORM, one based around the world of animation. This is an enormously varied and ever-changing subject and Manifest’s aim is to understand its diversity and breadth. This is not a closed shop discussion, as both contributors and audience don’t necessarily have to be animators, and consequently the event’s audience is very broad. And the night’s guests, drawn from around the world, discuss work made by others that they find interesting or inspiring.

Manifest is also one of the nights that took the challenge of moving to an online space in its stride during the first lockdown of March 2020. We caught up with Tess to see how things were going just after a new online edition had been beamed out from WORM’s Central Station.

For a taster of what Manifest is all about, you can watch the great episode from Bryan Newton below (and then read the interview!).

WORM: Manifest is now a very popular established series with a committed, “glocal” audience, Tess. But what was it like starting up? Illustrating, animation and film making are lonely businesses, how did you manage to reach out to so many people?

Tess Martin: I like bringing people together. I like community. Even before I was living in Rotterdam I was always organising communal screenings, or feedback sessions, or even touring with programmes of animated films. I think it comes from the fact that the type of animation I do, experimental or independent animation, is so niche, that I always put effort into bringing like-minded people together. So when I thought of the idea for Manifest, even though it was no longer only about “indie” animation, the part that involves reaching out to people felt natural to me. 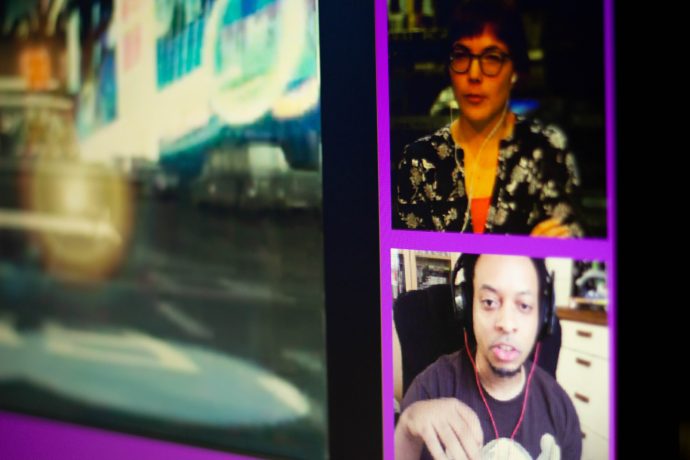 WORM: here did you start organising? And were these tours similar to what you do currently with Manifest? Tell us more about these beginnings.

Tess: My first organised screening was probably my bachelor graduation show from the University of Brighton, back in 2007. I organised a screening at a local cinema to premiere my graduation short, but also other shorts from other students that were completed that year. Then I moved to Seattle and I got in with a collective called the Seattle Experimental Animation Team, and we organised events in public spaces, and galleries. I also curated two programmes of our films and toured with them around North America and Europe, presenting the programme at indie cinemas, film centres and community spaces.

…These endeavours were different from Manifest, in that I was really showing completed work; either mine, or from people I knew. Manifest is a different animal, because we are talking about work made by other people. I got a bit bored of the tepid Q&As with directors that often follow film screenings, and I realised it’s much easier to get a conversation going if you’re talking about work made by others, but that you nonetheless feel passionate about. That’s how Manifest was born. 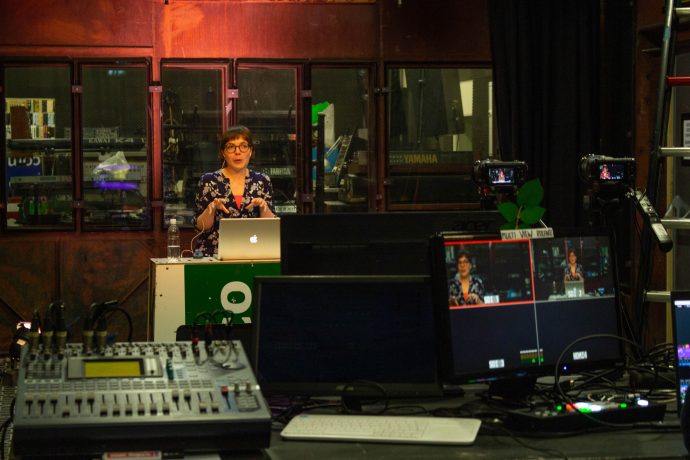 WORM: Tell us about your interest in animation.

Tess: I just make film using animation techniques that are usually hand made in some way. I like to get my hands dirty, and I like to create animation from materials that you still recognise. So I use paper cut-outs, sand, paint, objects, that type of thing. I’ve been making films since 2007. You can check out my work at @tessmartinart on Instagram.

Tess: I like how films, if done right, can help us learn about each other and ourselves.

WORM: What do you think you learn from other animators and illustrators?

Tess: I learn so much from hearing what other people find interesting! I learn about how different people approach their own work, and the curiosity that drives them. I learn why one clip has stuck in someone’s head. And of course, I learn a lot about the clips themselves, which are often “outside of my natural wheelhouse”: anime and computer animation, for example. I’ve learned a lot about that the past 6 years! 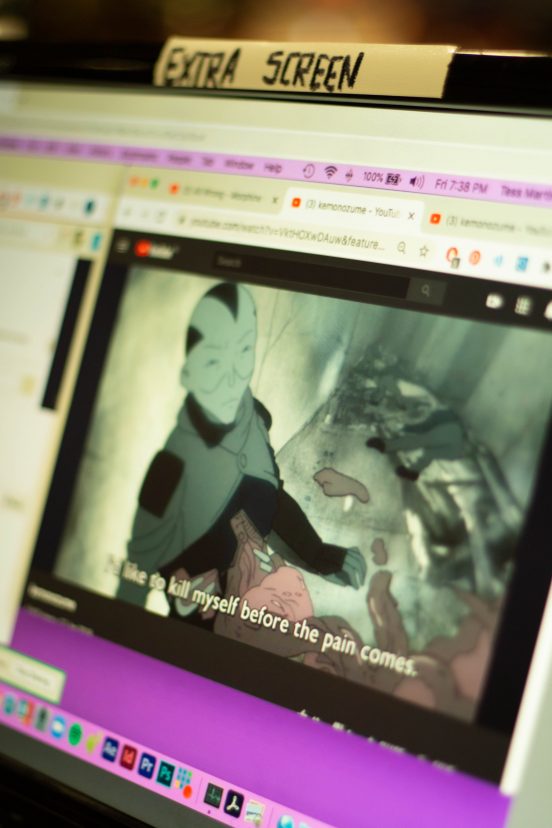 WORM: You were one of the first partners to fully embrace “becoming” an online event back in March. What has the whole period been like as an organiser?

Tess: I would guess, very changeable? In March, April and June I did three online streamed events from my own artist studio, because it was so early on in the lockdown and it seemed doable and, like, it could be really fun. I enjoyed the “broadcasting from my studio” thing but it was also stressful for me, because I didn’t have the benefit of the wonderful WORM technicians to help me out with the technical side. Now that we’re back at WORM, and WORM has invested in new equipment and everything, I can focus more on the content. 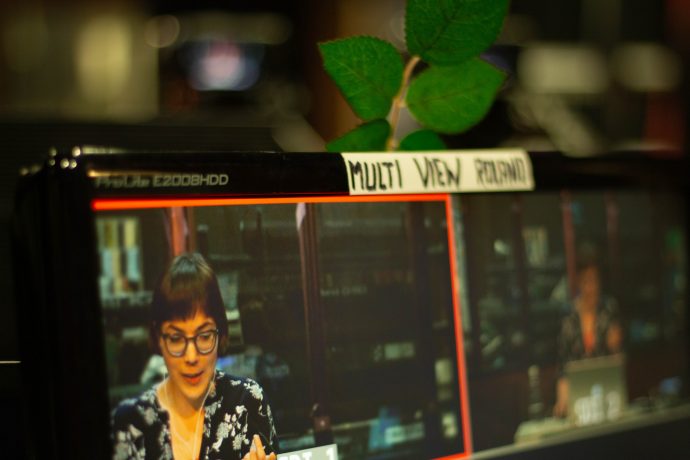 WORM: I take it it wasn’t all “plain sailing”?

Tess: No! For example, it was a challenge for me to stream both the faces of the humans participating, as well as my own screen where I am showing films, and for those humans to also see and hear what I am sharing. I figured it out, but I was using Zoom and at one point the call froze and I had to restart. Not ideal when you’re streaming! The chat box was another challenge. To keep the interactive element of Manifest intact, it was important to me for the audience to have a way of commenting back. This means I need a way to see the comments in real time, as much as possible. But I was just using my own laptop and a sound mixer. Now at WORM the dedicated technicians use a dedicated laptop, a special video box and software program that has its own call feature built in. For sure we’re still getting the kinks worked out, but overall it’s going much smoother and it also looks better. And I can relax!

WORM: I’m glad it’s working out! Any other good bits, even with all the adjustments during those first three shows?

Tess: Yes! The three summer online events were fun because I managed to bring together for each event three guests from all around the world, and it became also a conversation between us four (as well as the audience who was commenting). That’s something new, that I wouldn’t have been able to do normally. So that was cool and unique. 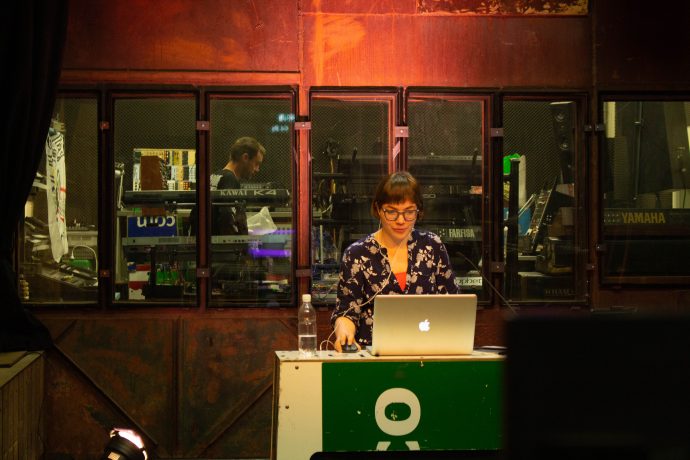 …However, for the new online events broadcasted from WORM, I decided to simplify things and stick to one guest at a time – partly to make the tech simpler, but also to make the events shorter and better for our online attention spans. But still, the guests can be from all over the world, which is great.

WORM: How do you think the animation community has coped, or changed because of COVID?

Tess: By and large I think animators are pretty lucky that they can generally work from home or from their artist studios, even in a lock down; so we haven’t been as affected as people in the performing arts, for example. Having said that, I think we all miss seeing each other at events or festivals. That’s why it’s nice that there are some online events to “attend” and at least you have a shared experience with others in your community.

WORM: Could you ever see yourself going back to the old modus operandi? Just a physical event?

Tess: For sure I could, yeah! There’s something classic about the physical events and they would be much more about the local Rotterdam animation/fan community coming together. But I wouldn’t want to only do physical events in the future, because the online ones are more accessible to people farther out. So I think it will be a combination. 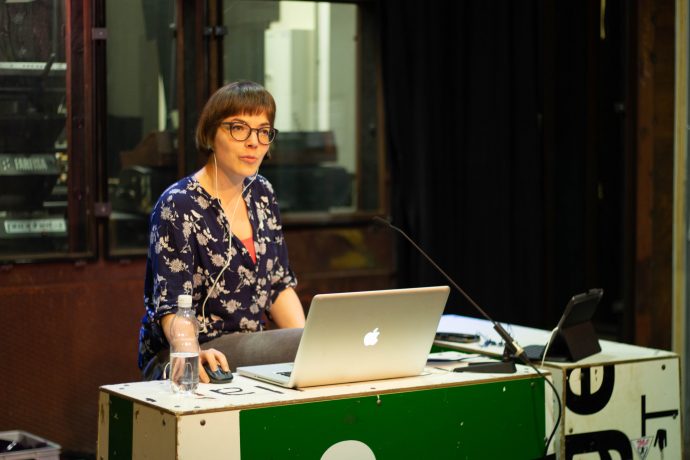