Originally from San Francisco, Victoria Shen is a visual artist living and working in Boston, New England. Interested in the myriad possibilities that a chaotic approach to sound has to offer, Shen was invited to perform at WORM and Mama Cash’s RE#SISTER festival in March 2018. She also took the time to record the material for a new album in WORM Sound Studios. We briefly caught up with Victoria after a hectic week as she was packing her bags for her return to the New World…

WORM: You’ve come all the way from Boston to WORM, and we heard that you brought your own synthesizers?
Victoria Shen: Yup, that’s right. And yes I brought my own synthesizers… you can see there’s this big one (VS waves around what looks to this Luddite like a small shoe box with knobs on) and there are two other smaller synths I brought. These were designed by Flower Electronics. I was working for them, doing printed circuit board layout design and assembly. So they are very special to me. And also because they use circuits that are designed to emulate chaotic systems which means that they are very very sensitive to initial conditions to very small changes – and display wildly divergent behaviours. So anyway I brought these here and…

WORM: You saw all this…
Victoria Shen: Yeah I saw this rack of stuff and I was completely overwhelmed.

WORM: So your own synths met another form of reality and you had a chaotic moment of decision..
Victoria Shen: Yeah, and then they marry with these other instruments. It all leads to more crazy unpredictable regions that I have never been in so…

WORM: How do you come across the moment when you feel: “I really don’t know what is going on here”?
Victoria Shen: I had no idea! (Laughs) Well, you get these moments in sound when you just don’t recognise anything at all. Terra incognito. Of course there are ways to tread through areas, and knowing what process leads to somewhere else but for me the whole point of being an artist is to seek out these unpredictable moments. The “aha!” moment. And coming here is very much one of those moments! 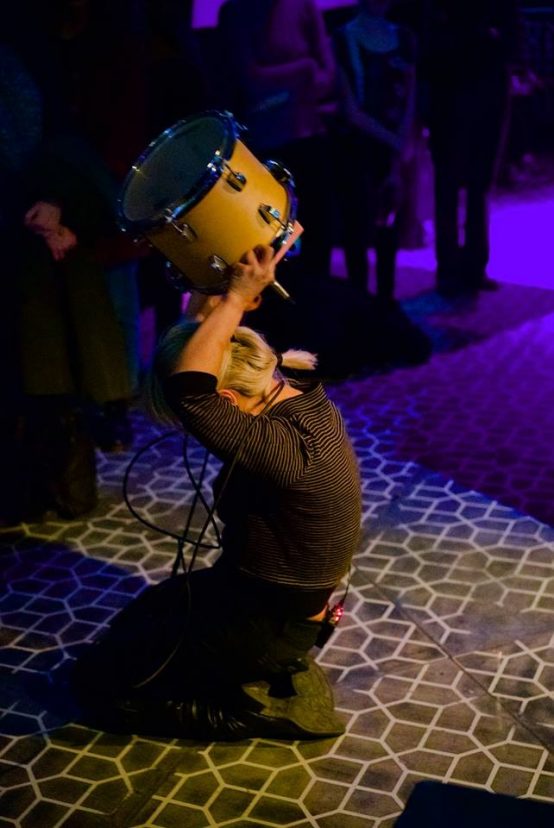 WORM: You are making an album…
Victoria Shen: Yes that is the plan. My strategy is to record as much as I can here, do a little bit of re-listening but don’t make any cuts and on the flight back and at home I’m gonna do some editing and see what makes the team.

WORM: You were also here for the RE#SISTER festival! And your gig came at quite an interesting moment on the night, maybe highlighting a juxtaposition between dedicated talks with a lot of theory and your (if I may say) confrontational approach to a playing live.
Victoria Shen: I think you’re right, there was a lot or rhetoric and reasoning and this kind of Apollonian angle and my tale was more Dionysian, pre-linguistic primal sounds, pure stimulation without meaning. Anyway that’s what I take it to mean.

WORM: And putting contact mics in your mouth. I have to say I wondered whether you’d swallow the mic, bleugh…
Victoria Shen: Oh come on that’s been done before! (Laughs) 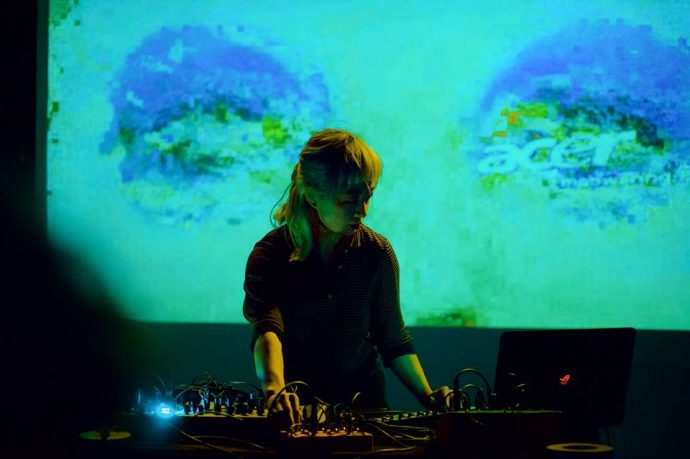 WORM: Ecstatic rituals were certainly on display, like pushing a drum around on the floor. What primordial swamp did that come out of?
Victoria Shen: The thing is, I like my sounds to be very site-specific and the drum is a resonating body for feedback, so using the drum will lead to creating a very specific timbre with the feedback and its position in the room will lead to changes in the sound, too. So that, and inserting myself in terms of my body into the room, invading people’s spaces, that was a parallel angle of physicality for me.

WORM: And that was something you felt needing addressing on the night?
Victoria Shen: Oh yeah all the time!

WORM: I also felt that was also a condition of the Lone Taxidermist gig. That was very Gravesian / Moon Goddess-esque at some point… Now this might sound stupid. But did you feel – as a guest – that the topics that the women were addressing on that night were also site-specific? Dutch, Rotterdam, or did you feel it to be wider?
Victoria Shen: I think it was very Dutch. I’m thinking about the deejays we were in conversation with (Victoria was a panellist alongside DJs Aisek and Evelyn Rae) they come from Indonesia. There is a very specific mindset that I feel is endemic to maybe Rotterdam or Holland. And there is an air of inclusivity but there is a feeling of all of these barriers. As an outsider I can still see them. And I think the strongest barriers are drawn between male and female. Stronger than that between race I would say.

WORM: You also used a very noticeable backdrop to the show. There was a strong visual element to what you did. What were you trying to do with the images?
Victoria Shen: I just like this juxtaposition between pre-recorded and live. Of course the sound is live but I like mixing things in chaotic interactions that I don’t necessarily have total control of. Also it’s not pre-recorded. Just another means to an end of mashing what I have with the moment.

WORM: I liked all the freeze-frame things they were great.
Victoria Shen: That’s datamoshing actually. Datamoshing is an accident – an artefact from recording videos, where there’s a failure of technology – it’s taking advantage of compression. The way you play back video is that you look at a colour pixel and you see which direction it’s going to move and you just extrapolate that movement. It’s using that compression to create these smeary images.

WORM: Normally when people come in here they fall in love with a particular synth. Is there anything that took your eye?
Victoria Shen: Oh yeah the modulars! These keyboards are nice, but I’m more of a Bucchla person.

WORM: How did you look to use them?
Victoria Shen: For the Fenix that I plugged into I really loved using different oscillators to create uncontrollable, unpredictable sounds. I’m not really used to using a sequencer so I just also wanted to explore it, using the chorus, the delay, all the whistles and bells on it! (Laughs) No method but just what tickled my fancy.

WORM: Finally I must ask you about the city. What did you feel about Rotterdam?
Victoria Shen: I fucking love Rotterdam. First off the people are so friendly open and engaged and they are all very thoughtful and they all want to have fun at the same time. They are very down to earth. I also loved the fact that you can bike everywhere and it is SO safe, and all the drivers are so aware of all the bikers.

What I don’t like is that it’s always fucking raining (laughs). It’s been raining every single night! But Rotterdam, it’s like a gritty but enlightened New York. 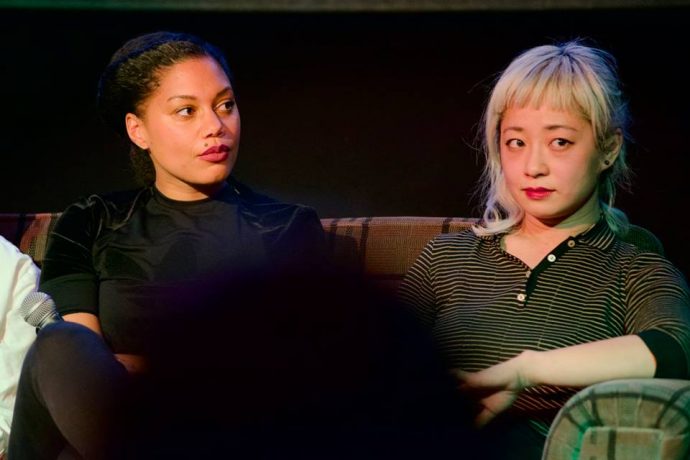