Find the book here at http://thepiratebay.worm.org/items/show/12409

Cyberspace. Or as we know it, the Internet. That one place we can always retreat to, to act the voyeur, the thinker or the troll. But what about the Internet as a medium? We are now living in an age where Google knows our faces, our Netflix binges and what we ate for dinner three weeks ago. It seems a future of algorithms and coded matter seems almost unavoidable at this point, so perhaps we should succumb to what this could mean for our creative output.

Vilem Flusser introduced the idea of “technical images” in 1985 with his book. “Into the Universe of Technical Images”. We now know this universe to be the Internet, but when the seminal text was written, Flusser speculated this notion of a new kind of information. He argued that our way of dealing with media has evolved and will continue to do so, so our means of production must evolve in parallel. The emphasis is on less subjective forms and the idea of an algorithmically produced utopia.

In the chapter entitled ‘To Abstract” Flusser looks at the evolution of language and how it drifted from a visual form to textual, to a new kind of visual. He argues that within the universe of technical images, these ‘images’ are very different from our traditional idea of what an image is, and instead “rely on texts from which they have come and, in fact, are not surfaces but mosaics assembled from particles. They are therefore not prehistoric, two-dimensional structures but rather post historical, without dimension. “This can be equated to the digital nature of the images less tangible than what we used to associate with visuals. He goes on to describe a ladder model with five rungs that show each step into further abstraction, from primitive paintings, graspable objects, two-dimensional imagination, linear texts and finally collapsible particles, otherwise known as code, something he associates with technical images. He argues that this model is not to diagram cultural history but rather to show “that technical images are completely new media” and can be defined as “those that owe their existence to technical apparatuses.” i.e. the computer. 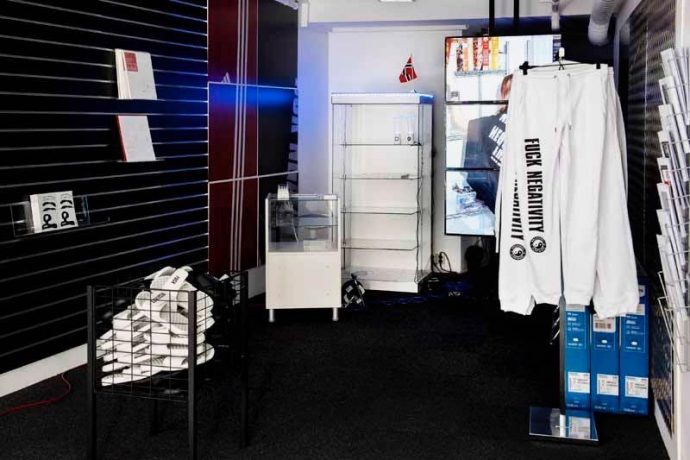 With this idea of the evolution of information and language, I wanted to explore what the internet could mean for new media. In my research, I was drawn to Florian Cramer’s Anti-Media. In the chapter entitled ‘Literature on the Internet’, he refers to El Lissitzky’s ‘Electro-Library’ which is said to be the utopia of the future of book arts. In this utopia, he states that “The printed surface, the infinity of books, must be transcended. “Through the rest of the chapter, he examines the internet as a medium, touching on examples of net literature and the possibility of the internet to be viewed as a literary space. Cramer says that the Internet unifies the function of a book and the images and sounds become textual codes to be read as a novel. With these points in mind, I decided to figure out exactly how we can use the internet as an additional medium.

The internet can offer many benefits as a publishing medium. One big pull is that it makes a piece of media globally accessible, and does so cheaply, bypassing the traditional costly route of acquiring a publisher and overcoming issues with ownership and censorship. With these texts being made so readily available, it also helps to foster interest groups and communities, while also creating a market of services such as ‘print on demand’ to cut costs for writers and artists, creating a whole new creative economy.

Publishing online also creates a more collaborative approach to text, functioning almost as a writing platform as well as just a space for documentation. Think Wikipedia and its constant editing and open source approach for information to be added and edited at will. This can also foster communities online as texts are often written in response to a previous text in a kind of call and response type function. Even comment boards of forums are now seen as creative communities and are often taken as seriously as the work being commented upon.

Navigating through these texts is also something that can be done much more efficiently through the use of search bars and keyword tagging, acting as a database, actively archiving text and digitising library material.

And finally, as a medium itself, using interface software or programming to create a genuine piece of computer literature. We can build algorithms and generative art to create pieces of text and artwork lending itself to the field of art aptly named Net Art. This is a genre of artworks that exist purely on the internet and make use of the many capabilities of this medium within their works. Add to this, the works of Hyperfiction, a nonlinear approach to fiction constructed out of hypertext and its functions amongst many other forms of net art, such as mail art and the highly popular ASCII art, a graphic design technique that uses computers for presentation and consists of pictures pieced together from the 95 printable characters, and it’s easy to see the many assets of Flusser’s Universe of Technical Images.

With these capabilities offered by the internet, it was only a matter of time before artists created works which show this inevitable submission to the web. Take Cory Archangel’s Archangel Surfware as an example. Archangel created a ‘lifestyle’ store made up of items for the internet proficient surfer, such as pop sockets, neck pillows for excessive phone use and internet appropriate leisurewear. These products were created to support the lifestyle of extreme web surfing and despite its existence as an art installation, has now progressed into a successful webstore. The demand of these products shows that we are now also products, but the products of the internet.

So, are we headed to an even more digital future? One where literature exists online and every reader experiences these things differently due to the non-linearity? Maybe we will cease to exist in a physical world and stay within the cosy confines of the internet, publishing our work and spreading our textual viruses freely.

Although there seem to be so many benefits to the internet as a medium, Cramer argues that he believes printed matter will always be at the forefront “literature will be written on computers and the internet, only to end up on paper.” For example, this essay was written to be read on a computer screen, but who knows? Maybe it will end up as printed material one day.