Wartakawarsa: Rites of the Souls 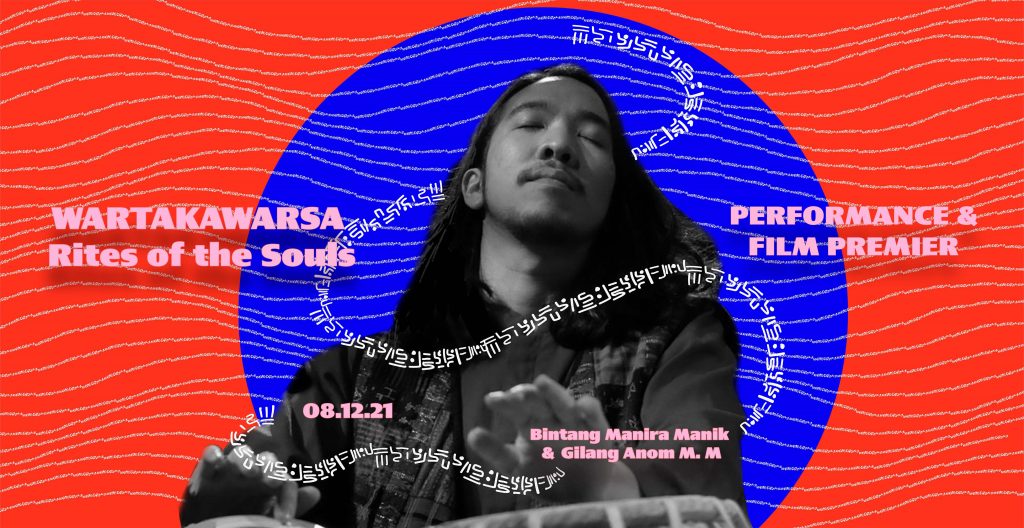 Join us for this new work commissioned by WORM! During a residency this October and November, the brothers developed WARTAKAWARSA at historical Indonesian sights on Dutch continental ground. Each of the chosen locations holds colonial trauma.

The artist duo wants to open up a new relationship of possibilities and future exchanges of ideas, histories and cultures. A new beginning marked by a symbolic gesture of respect by creating a performance based on a ceremonial ritual to cleanse dark memories from the colonial past.

In this performance, Bintang will bring the sonic components of the rites to life. Simultaneously, Gilang will create the movements and the visual aspects of the work. The actions of both brothers are bound in sacred texts that they will chant during the rituals.

On the 8th of December, Bintang and Gilang also premier a short film that documents their journey in the Netherlands. There they transform into Datrawuga Jagad Gala and Jiwatra Nur Gama. The Two Beings come from Orcyworld, a place outside our physical limits, crafted from dreams and imagination rooted in sacred cosmic energy. Through mantra and prayers, they are going to cleanse and bring new energy healing the dark memories in historical places around Rotterdam. Will they succeed? Come and see.

Bintang Manira Manik is a multi-instrumentalist and electronic music producer interested in responding to movement with sound – tribal chant, percussive-ambient, soundscape. He started his practice by playing djembe, later explored various percussion, traditional Indonesian drums, and completed an intense 3-year study of Tabla at Shriram Bharatiya Kala Kendra, New Delhi, India. Besides percussive instruments, he also explored various styles of vocals such as ancient Indian vocal style, Dhrupad and Tuvan throat singing such as Khargyraa and Khomei. Bintang is part of multiple bands active in India and Indonesia. He is also a recent graduate of the World Music Department at Codarts University of the Arts, Rotterdam and creating different projects around the Netherlands.

Gilang Anom M. M. is a visual & performing artist based in Bandung, Indonesia. After his elementary education, Gilang started homeschooling focused on the arts. He was coached in workshops, residencies, cultural exchange programmes and apprenticeships with various craftsmen. Gilang’s art world is extremely rich. As a viewer, you are getting engulfed in the detailed universe constructed by his drawing, fashion, scripts, mantras and comic sagas.