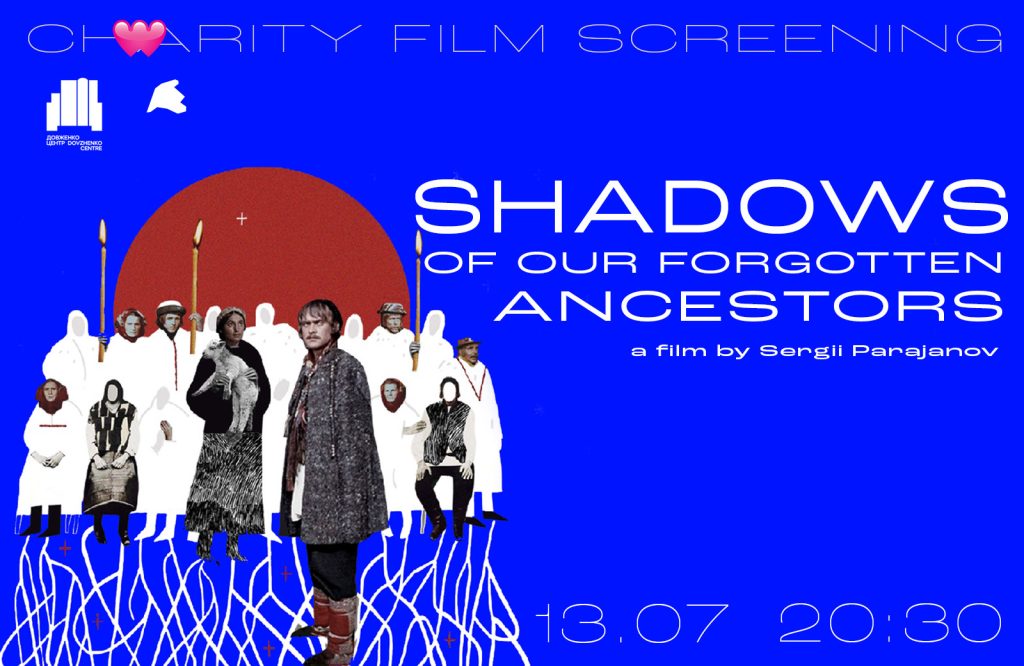 Shadows of our forgotten ancestors was the film with which the Sergo Paradjanov first came to fame in the West. The story, drawn from Carpathian folklore, and set amongst the Huzul people, is a fairly conventional tale of blighted love, but what really distinguishes the film is its flamboyant visual style, its florid romanticism and its delirious pantheism – none of which endeared it to the Soviet authorities. The story begins with a blodd feud between two village clans, the wealthy Gutenyuks and the poor Pallicuks, and ends with a fight to death between two men. The film is a jungian parable: the ‘pure’ shepherd Ivan (Ivan Mikolaichuk) quest for reunion with is own ‘anima’, as represented by true love Marichka (Larissa Kadochnikova). Adpated from novel by Mikhail Kotzubinsky. In Ukrainian with English sub-titles. See also: Paradjanov’s “Caucasus Trilogy”: The Colour of Pomegranates & The Legend of the Suram Fortress. (Ashik Kerib)

To say that Shadows of Our Forgotten Ancestors violates every narrative code and representational system known to the cinema is an understatement—at times, in fact, the film seems intent upon deconstructing the very process of representation itself. The relationship between narrative logic and cinematic space— between point of view inside and outside the frame—is so consistently undermined that most critics on first viewing literally cannot describe what they’ve seen. Adjectives frequently used to characterize Shadows of Forgotten Ancestors are ‘hallucinatory,’ ‘intoxicating,’ and ‘delirious’—terms that imply, however positively, confusion and incoherence. –David Cook, filmreference.com