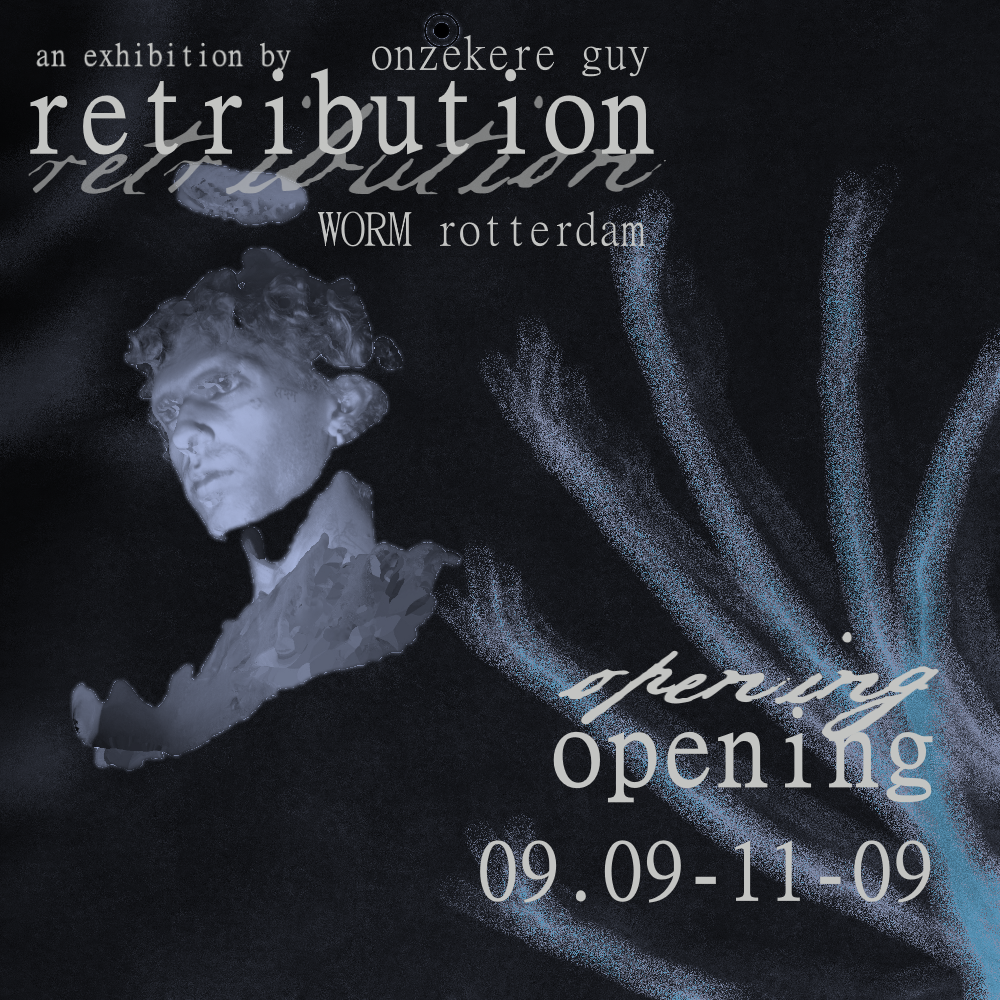 ‘Retribution’ is the artist’s newest manifestation, revolving around self-explorations of of the artist’s recent work, where he invoked the potential to grow again from within, and to make a landscape of expanding change within interdynamics where not much has changed – in the eyes of the artist…

This also meant that the artist had to undergo a heavy mental metamorphosis to even realise this artistic progression and achievement. Onzekere Guy recently released his EP ‘Temperance’, which describes his foundation of balance between the struggle of self, home and affinity that is retractable. ‘Temperance’ was then exhibited in not only a live performance, but an advanced reality technique, where the artist could play with visual elements and affect the senses of the beholder, where the artist is still present, but simultaneously is not.

This new exhibition will now revolve around the past, everything that came before, so that what is now could even exist. You can see it as an in-depth analysis of actions, moments and memories that were created whilst making ‘Temperance’ to get where the artist is now. With parts of colder esoteric vibrances, brutalist and melancholic elements, the artist was gravitated to the mental & physical colder parts of the world and travelled far, before creating his newer work. When arriving back in the Netherlands, his view on audio, visual and crafting changed like never before. This experience made him understand how to manoeuvre within the artistic landscape and make his own unique mark, by implementing mystical, ambient visuals besides the auditorial soundscapes the artist has been known for to create. An experience never given before, and a story never been told in the way this came to exist.