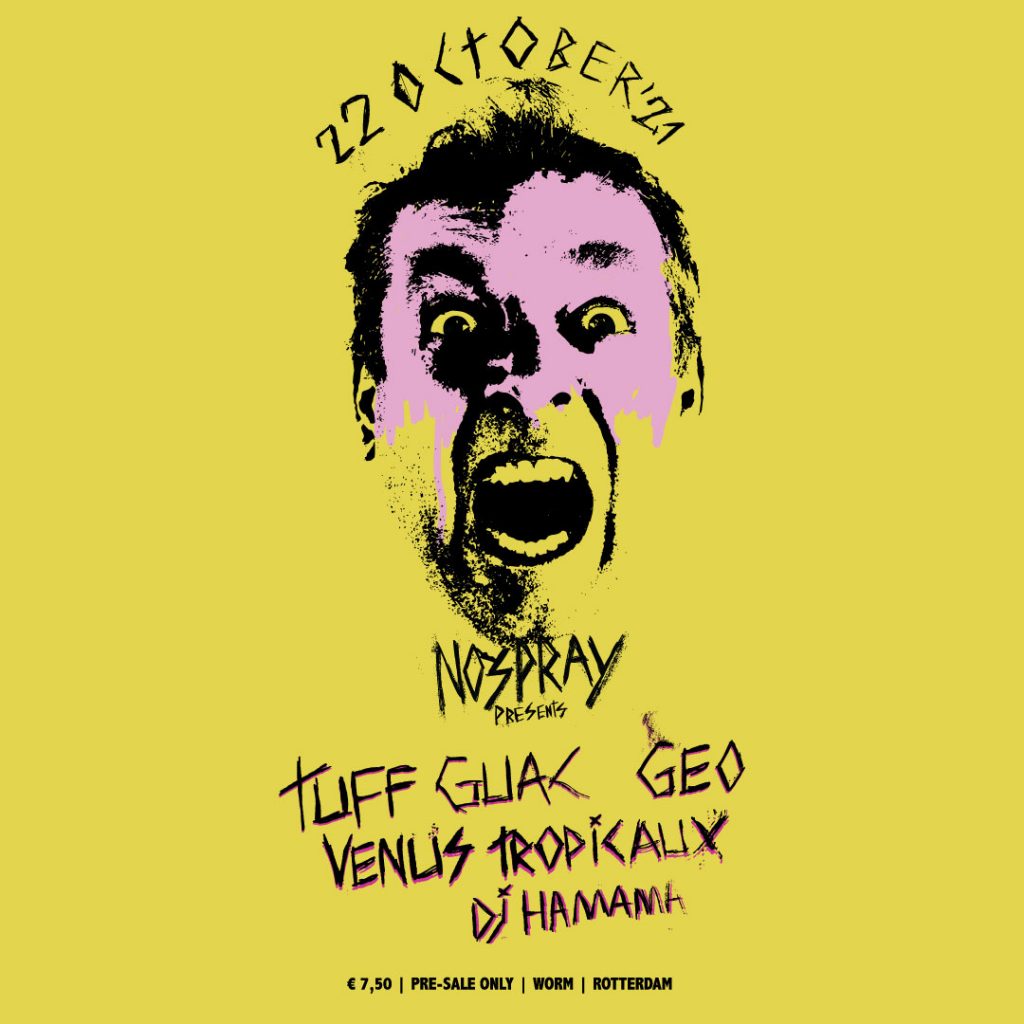 Balancing the fine lines between a funk-infused anomaly in post-punk known as dance-punk and no-wave madness. Imagine taking a chunk of ice cream and hitting that dance floor with a full-blown brain freeze. They are doing a set of first shows celebrating their killer debut EP; this, of course, being one of them. They are stage veterans: playing in bands such as Rats On Rafts, Lewsberg, Santa Fé and The Fake O’s.

You may feel safe in your own bubble, but when that primal beat hits you in the face you know it’s on. This Rotterdam outfit delivers post-punk with a knife fight attitude. It’s primitive, it’s razor sharp, it’s Venus Tropicaux!