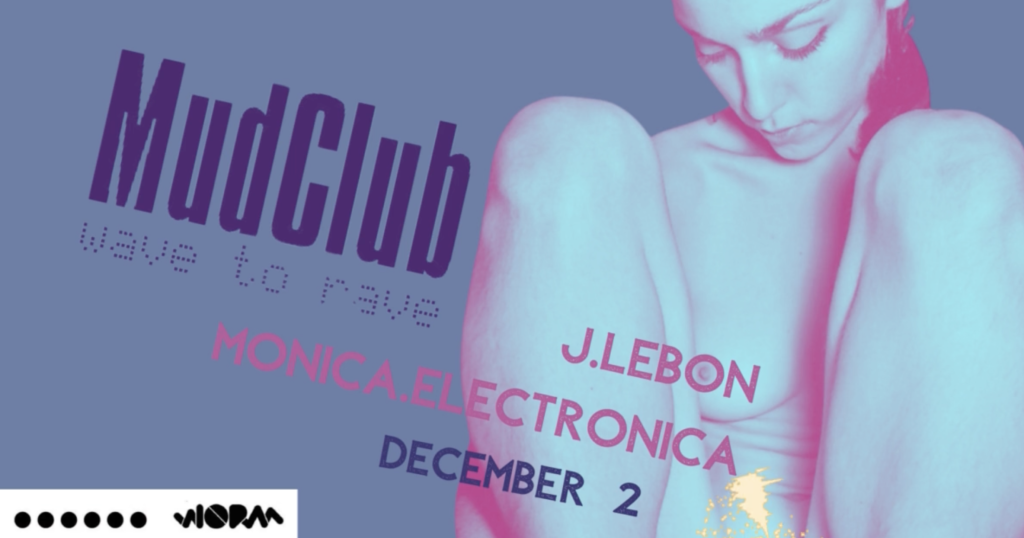 MudClub in WORM is back at WORM! After a wild session just before summer they’re back to kick off the party month on December 2nd.

DJs Monica Electronica and Josz LeBon named their night after New York’s famed Mud Club, where in the early 1980s, artists like Debbie Harry, Joan Jet, Laurie Anderson and Iggy Pop hung out and pioneering new wave acts took the stage. The style clash and "do it yourself" attitude of this scene is integrated by the Rotterdam duo into their DJ sets. From rock to electro, via (new) wave and twisted disco topped off with a little taste of rave.

Come on down and get ready for Disco Not Disco, Post Punk, Wave & Rave at in the Wunderbar cave!

BTW, this is a FREE party!