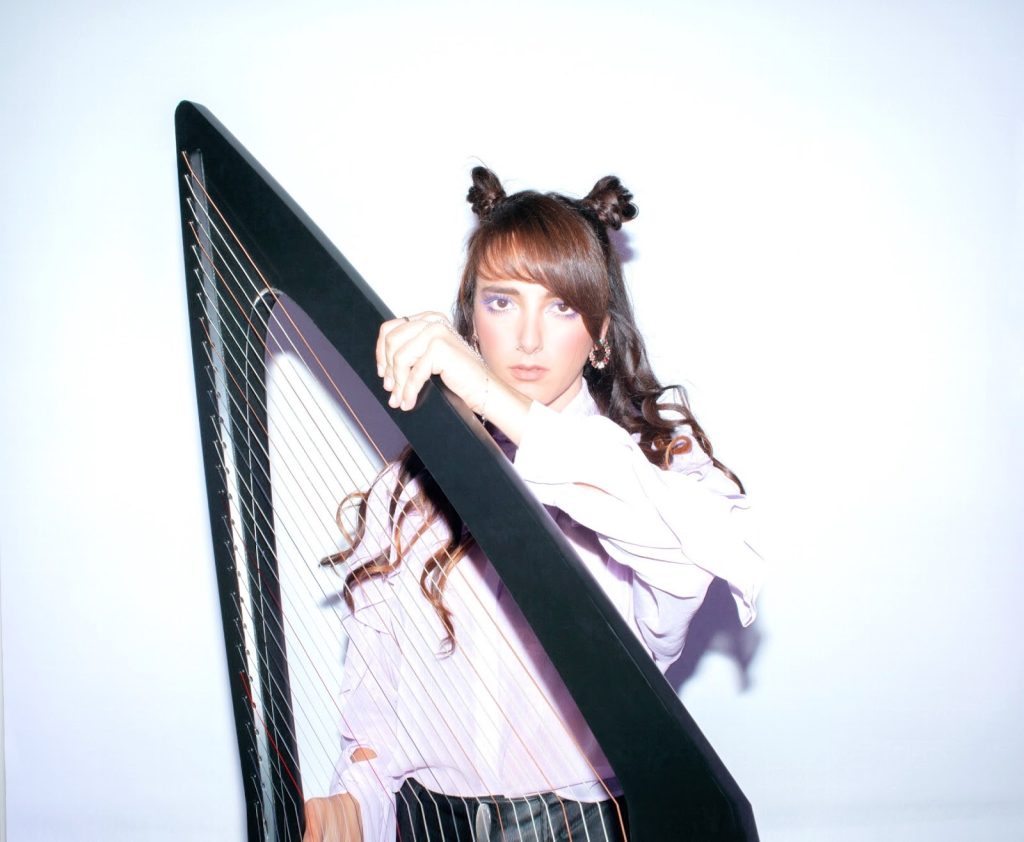 Kety Fusco is an Italian harpist based in Switzerland. In her work, she explores unusual sounds that you would not expect from a harp. Her first album, Dazed, came out in 2020 and the THE HARP, Chapter 1 is slated for release in March 2023. An intriguing artist, recently nominated for "Best Swiss Talent 2022", Fusco has played Montreux Jazz Festival and Liverpool Sound City and is due to perform at Royal Albert Hall in London.

Zbigniew Chojnacki plays accordion and live electronics. A dedicated improviser, he treats music and sounds freely and (un)conventionally. The most important is dialogue and encounter with another human.
Any form that emits a sound, is facilitated to make contact with the audience. And every concert is completely different; a one-off experience. The only constant element is the instrument.
Chojnacki has worked with many musicians: amongst others, Joelle Leandre, TOC, Ramon Prats, Yuhan Su, David Kollar, Ernesto Rodrigues, John Derek Bishop, Mats Gustafson, Colin Stetson, Hedvig Mollestad Thomassen, and Jacek Kochan.

Reviews:
"Chojnacki’s deconstructed and reimagined what this traditional (and often archaic) instrument is through effects pedals, gadgets and nobs, producing a cacophony of strangeness from his deep meditative creative trance." James Thornhill (Under the Radar)

"I suppose when playing an accordion, you can’t help but see it as an extension of the body. But Chojnacki doesn’t just depend on its wheezes and gasps to fill a sound or create a musical alter ego. Rather, the accordion is there to add a counterpoint – often blunt, or expressionistic in approach – to the carefully constructed procession of electronic blurbs, beats and ticks." Richard James Foster (Louder than War)