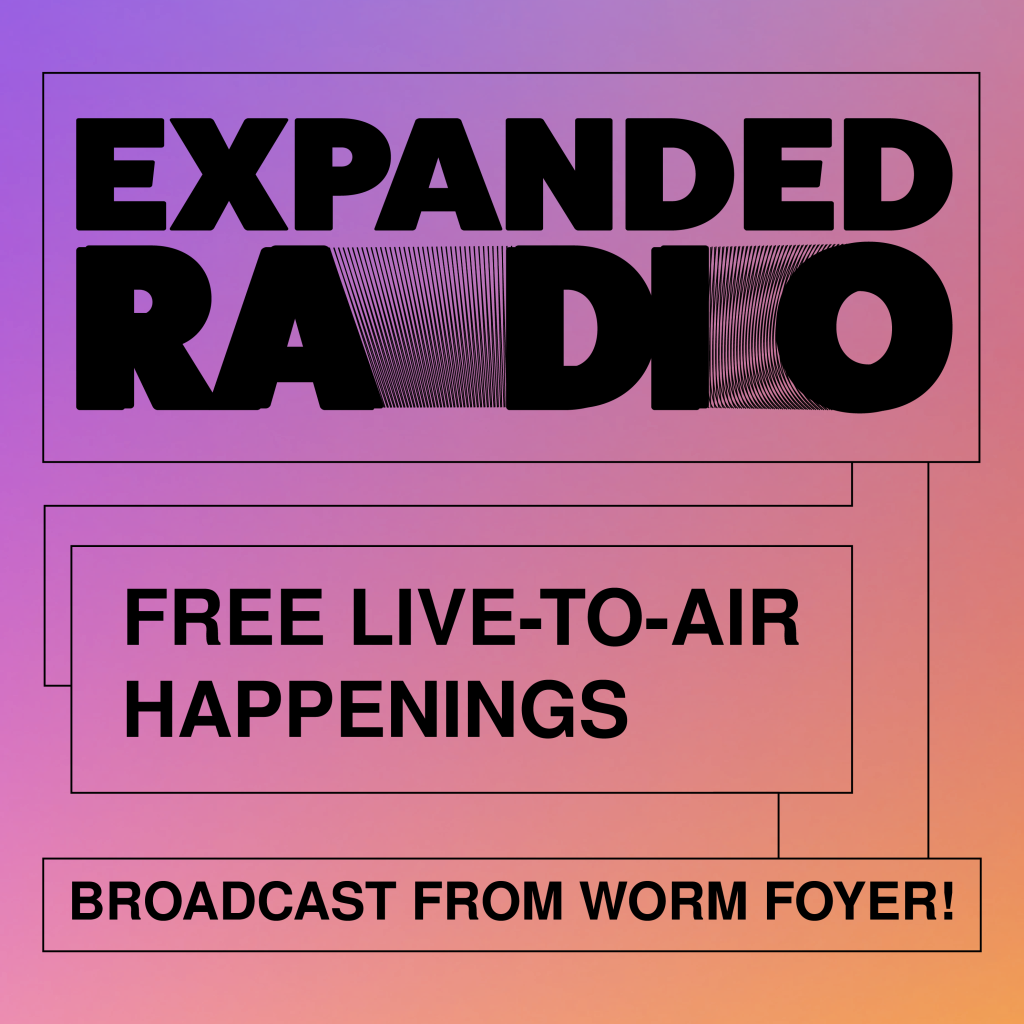 Come down to WORM Foyer and take in some live expanded radio! Expect live gigs, happenings, poetry, noise… the ether made flesh, in other words. This week: The Gaudeamus Award Winner of this year Rohan Chander!

Rohan Chander (a.k.a BAKUDI SCREAM) is a musician based in New York and Los Angeles. His work concerns the positioning of personal experience upon post digital culture, calling attention to identity, body, performativity, and bias. He creates larger, often extra-terrestrial narratives about methods for self actualization. In Wunderbar he will perform DEATH & RESURRECTION, including work from his album FINAL SKIN as well as new work he created for the Gaudeamus Festival and in the WORM studio during his residency. It’ll also include spoken excerpts from his seminar UNLOCKING PERCEPTION: DEATH, INTERFACE, AND QUANTUM METAPHORS which he presented at the Gaudeamus Festival last week.

What is Expanded Radio?
Radio WORM comes out from behind the glass for live gigs and special events with our regular radio makers and their guests, broadcast directly from inside the #Wunderbar. Grab a drink and join us in the foyer, or tune in online. Always free!