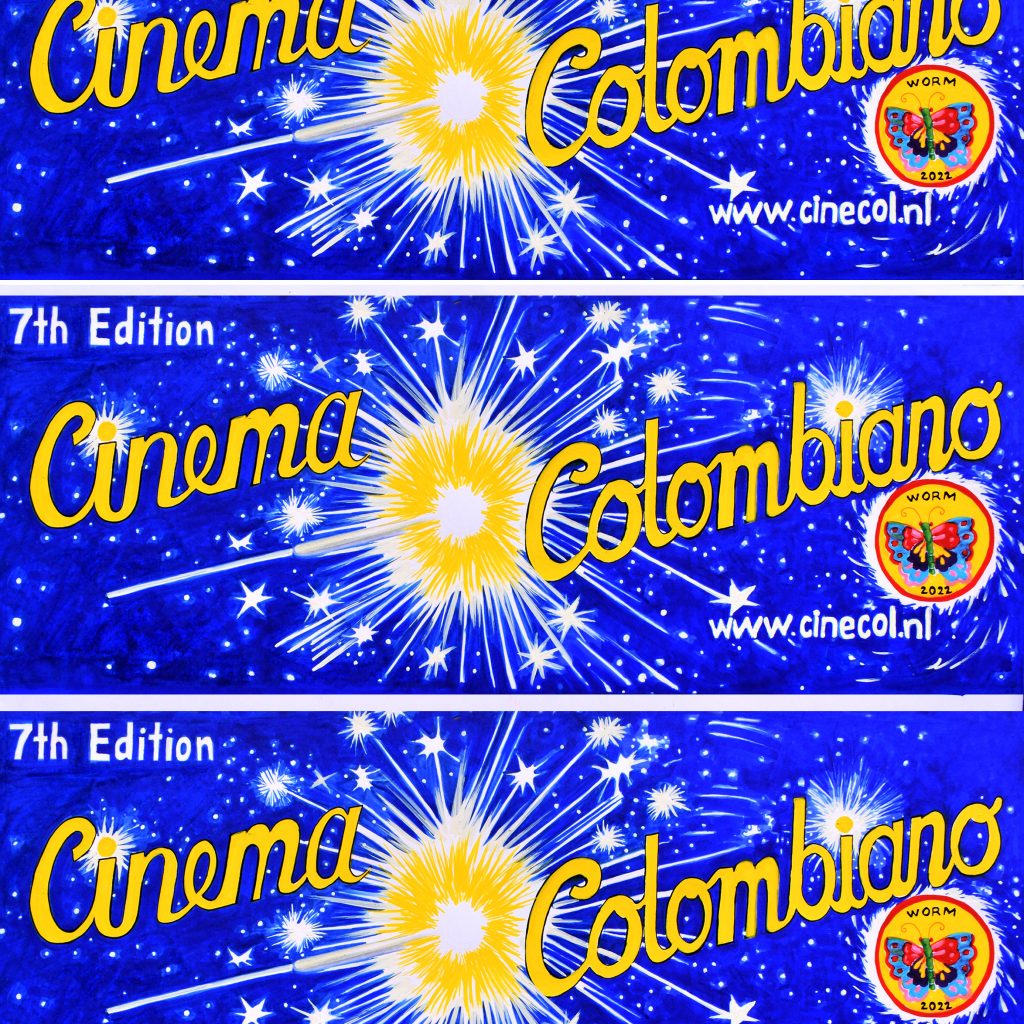 The CINEMA COLOMBIANO FILM FESTIVAL returns on the 24th of September in WORM Rotterdam. The program will be filled with Colombianmusic, food (empanadas!) and of course films that have never been shown in The Netherlands before.

PROGRAMME:
One of our highlights is LOS CONDUCTOS by Camilo Restrepo, which was shot on 16mm and tells the story of Pinky on a trail of revenge in Medellín.
LA VENGANZA DE JAIRO is a documentary on iconic B-movie film director Jairo Pinilla, who at a late age decides to make the very first  3d-film of Colombia.
Artist Ana María Millán researched the special effects Pinilla used during the 70s and 80s, and her video work will be shown in WORM as well.
And Ana Bravo Pérez, also active at WORM’s Filmwerkplaats, will present her short film WHEN THE SHOT.
THE ANCESTRAL RESISTANCE will be present with Bakaçxtepkaçx (including a Q&A with protagonist Daniel Álvarez!) and Truambi by the filmmaker Mileidy Orozco Domicó (Keratuma) from the indigenous embera eyabida.

Expect plenty of music in the program as well, starting with the film Del Palenque de San Basilio, which brings together several of the most legendary musicians and offers an important view on San Basilio de Palenque, the first free town in America!

Afterwards follows an afterparty until late! Stick around and dance the night away with EDGAR NEVERMOO, SATÁNICO CUMBIÓN & DUCKFOOD. *Cinema Colombiano tickets include an entrance to the after party

That’s not the end of the festival, because on Sunday we’ll continue at Filmhuis Cavia in Amsterdam. You can find all details on www.cinecol.nl. Tickets bought at WORM are only valid for the Saturday and give access for the whole day, including the afterparty!

This year’s poster, is designed by the extraordinary Glenda Torrado. Check out more of her work  on instagram here: @glendatorrado