BACK FROM AREA 35 /pre-release/ 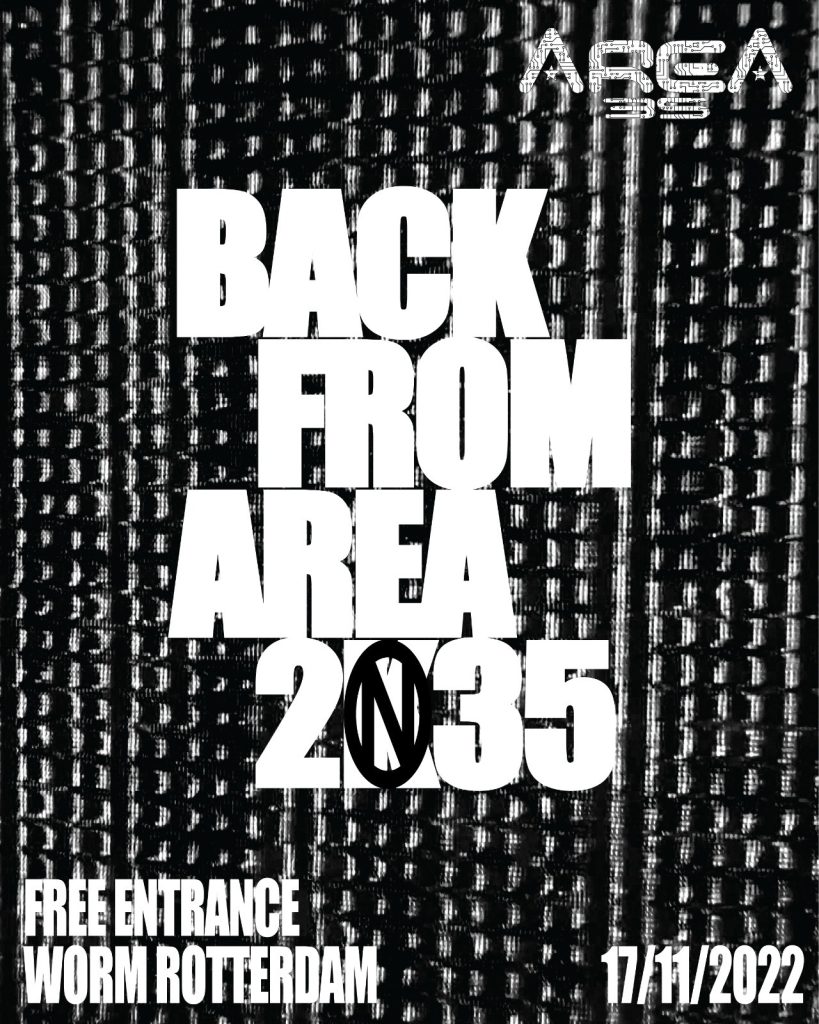 Welcome to BACK FROM AREA 35. This is the release party of Bokoedro’s new mix tape.
Bokoedro’s release party is also a celebration to life after the pandemic. This party will the new door opening his musical career and we want to start it off with a banger!

Bokoedro aka Ben Versluis is of Ghanaian descent and was born in Rotterdam, after which he grew up in Schiedam. The rapper became a cult hero right after his debut and is known for his love of pigeons and the future. Bokoedro is known for songs like Elsa and Dure Ta$$ and his own genre called future jazz.

Don’t miss out on this young talented guy making some new noise in the city!