We are very excited to announce that a small WORM / RE#SISTER delegation will co-curate the ATM event in Seoul, 20/21/22 October! Thanks to a wonderful RE#SISTER member from Korea, Mina Kim, we were invited by Arts Incubator to be their partner this year. The 3-day programme will be an exchange with Korean artists in many ways. It will involve a Live Radio workshop by our Radio WORM Co-Coordinator Ash Kilmartin. It will involve live music by Suzana Laşcu, Hyunji Jung, Tisa Neža Herlec, Henrietta Müller and Mariëtte Groot, a performance by Anne Kolbe, a WORM Pirate Bay programme and A LOT OF RE#SISTER – as there is also a RE#SISTER Korea branch in Seoul we will have many sessions together!
Last but not least, in the ATM Exhibition five video works submitted by WORM will be screened: MEDUSA by Channa Boon and 4 Video Works by Anne Kolbe.

The location for ATM 2022 is quite special: a former Oil Tank area in Seoul, now called the Oil Tank Culture Park. 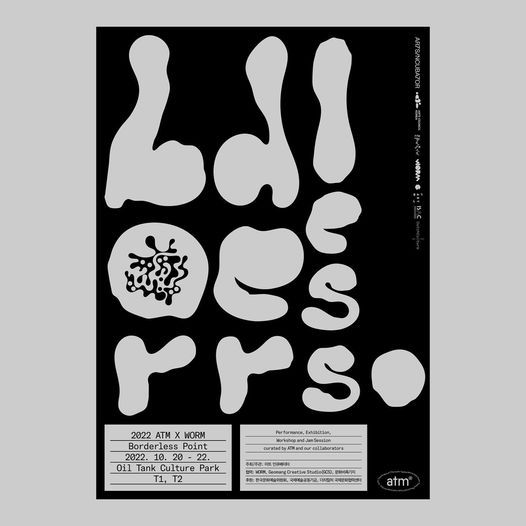