Part of the "WORM TOUCH" weekend

WORM’s S/ash Gallery presents robotic works by the Congolese artist Precy Numbi, alongside photos by the Belgian writer, film director and photographer Michiel Robberecht. All the while, a live action film develops in and around the gallery: starring the waste-robot and trash-superhero KIMBALAMBALA. KIMBALAMBALA comes to life, crossing creative swords with several of Rotterdam’s performance artists on his way through the city. How do these alter egos relate to each other? Will it be a duel, or a dance? Scott Pilgrim vs. the World has nothing on this.

Precy Numbi produced KIMBALAMBALA, a robot-like costume made of car bodies, including their wires and disconnected electronics. It advances without headlights, mirrors, bumpers, driving licences…in the image of society and its “core misconduct.”

Kimbalambala is a vernacular name in Lingala, meaning used vehicle. Many of these African vehicles are no longer wanted in Europe – once their lives there are over, they start a new African life. This causes lots of road accidents, and air pollution. Precy created this work to question the path taken by the world at different levels: technological, ecological and political. Kimbalambala embodies the madness of humans: how will humans and robots coexist? Will pollution dominate the world? Thus, Kimbalambala is also the story of a resistance struggle between people and the machine that surpasses them.

Making this robotic giant was also a positive way to show that creating is always possible, even under miserable conditions. Moreover, by carrying 23 kilos of metal and plastic waste, the artist seeks to show a form of human resistance to the weight that the machine imposes on him today.

Michiel Robberecht uses photography as an important writing tool.  His pictures emerge out of spontaneous experiences and encounters with friends and what people and places reveal to him. But often a scene’s true nature is only unveiled after its captured. A friend becomes a character, a barber shop a mystic refuge and a passer-by a ghost. These mirages feed Robberecht with stories he uses in his films and writings.

​Consciously avoiding snapshots of strangers and rather portraying the life of friends and actors, the pictures are born in between documentary and fiction.

Michiel: “I have always been aware of the danger of exoticism. By using photography as an important writing tool, it has been a quest to look for a language that could surpass that but that would still include my own universe, as well as a receptive attitude towards that what surrounds me. And if there’s one thing I have learned is that it is key to open yourself up. Being able to let your surroundings to give things to you rather than you forcing your gaze upon them.”

Born in 1992 in Kisangani (DRC), Precy Numbi studied visual arts at the Academy of Fine Arts in Kinshasa. He graduated in the interior architecture department, but started engaging in performance arts soon after, as a tool to develop his practice. It soon became his main discipline, with a focus on social and environmental issues: his artistic journey denounces the deregulation of our materialist societies. After numerous workshops and residencies in a.o. Democratic Republic of Congo, Burkina Faso and France, Numbi won the 2019 Solidarity Secular Prize at the international Sculpture Biennal in Ouagadougou. Since 2020 he’s been living and working in between Brussels (BE) and Kinshasa (DRC).

Programmer’s note: I first met Precy in Kinshasa in 2018, when we both participated in the Kinact performance festival. I still remember that initial meeting. He had travelled from Goma, where a political friend of his had just died in suspicious circumstances. But Precy said very firmly: “we are not here on earth to live as long as possible. we are here to do what we think is important.” In his travel bag there was a large robot costume made from discarded car parts, and a laptop full of photos of workshops that he does with (street) children. He creates silent parades with an army of cardboard robots, carrying their dreams for the future on large placards. It is at once very disarming, cheerful, fun and an urgent appeal to our daily lives. Precy previously showed “Keep Live Art Alive” in 2021 in WORM, a collaboration with a Brussels collective, this time I wanted to invite him with his first great love, his Kimbalambala robot, and through this persona introduce him to other performers in Rotterdam so that new connections can be made. 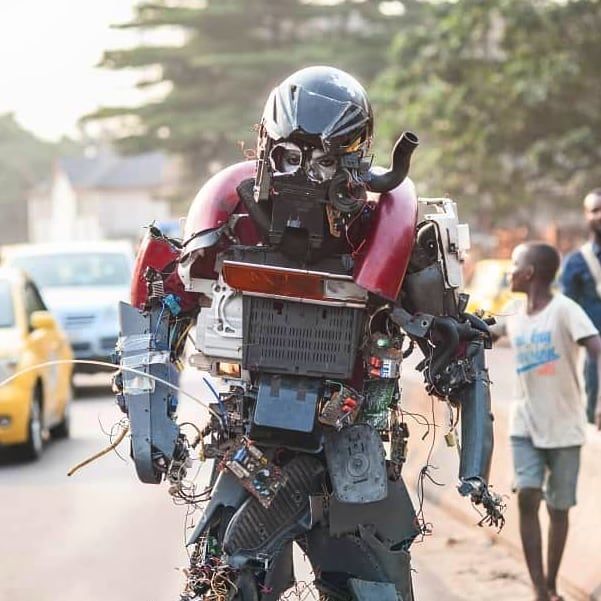 Belgian film director and photographer Michiel Robberecht spent the last few years working and living between Brussels, Kinshasa and Addis Ababa. Michiel got his Master degree in Arts & Literature at the University of Antwerp and during this studies fell in love with cinema. After university he chose to learn making films through a process of self-discovery. He set off to Congo where he lived for half a year in a small village in the Congolese rainforest to make his first independent movie, Peer Gynt. For this movie he won the 2018 award for Best Cinematography at Film Festival Oostende (BE). Michiel’s films and photography are characterised by a magical universe wherein time, people and the places he gets to know along the way turn into fictional entities. At the moment he’s working on a new documentary in Congo, a new short with blind actors set on an island in France and his first feature film set in Eritrea.

Programmer’s note: Once you’ve been to Congo, you come across connections in Europe at the most unexpected times. As example: when my partner returned from Kinshasa in 2019 with a flesh-eating bacteria in his hand, his surgeon told him about his brother’s travels in Congo, and before we knew it we were sitting together drinking coffee in Antwerp. Michiel knows Congo in a completely different way than we do, he speaks the language, he has crossed The Congo River by boat,  and has a completely different network there; but we both know Precy Numbi. In Antwerp, Michiel exhibited an overview of photos he had taken in recent years in the various African countries where he worked, accompanied by a soundscape. The photos are strongly narrative but at the same time mysterious and veiled, in combination with the soundscape it gave a very cinematic experience in an otherwise commercial white cube gallery, I am curious to see this work in different contexts. 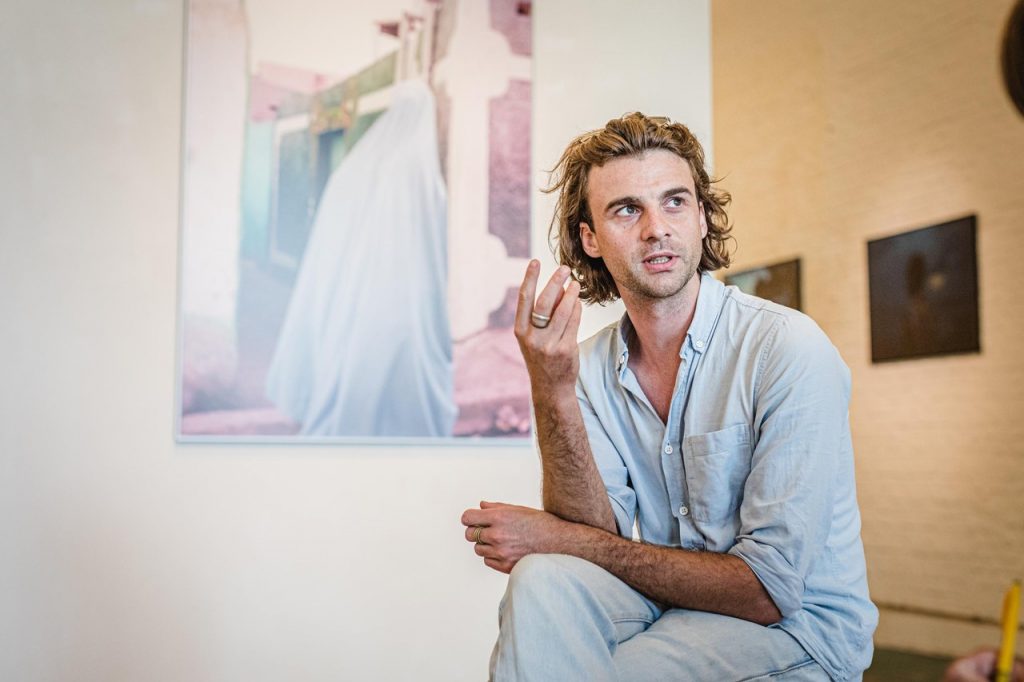