WORM and The Quietus’s Richard Foster interviews Thomas Azier about his performance in UBIK at O. Festival.

Thomas Azier slumps on the edge of a WORM workspace. He’s tired after a long day of rehearsals for his project, Glossolalia, part of the 2021 edition of O. “Festival for Opera. Music. Theatre.” Glossolalia is a live performance based on sound and movement, in which choral vocals and moving sound sources act as metaphors for a chaotic society, where multiple perceptions can exist side by side. Rehearsals in WORM’s UBIK theatre are progressing well, but it’s hard work in a new environment. 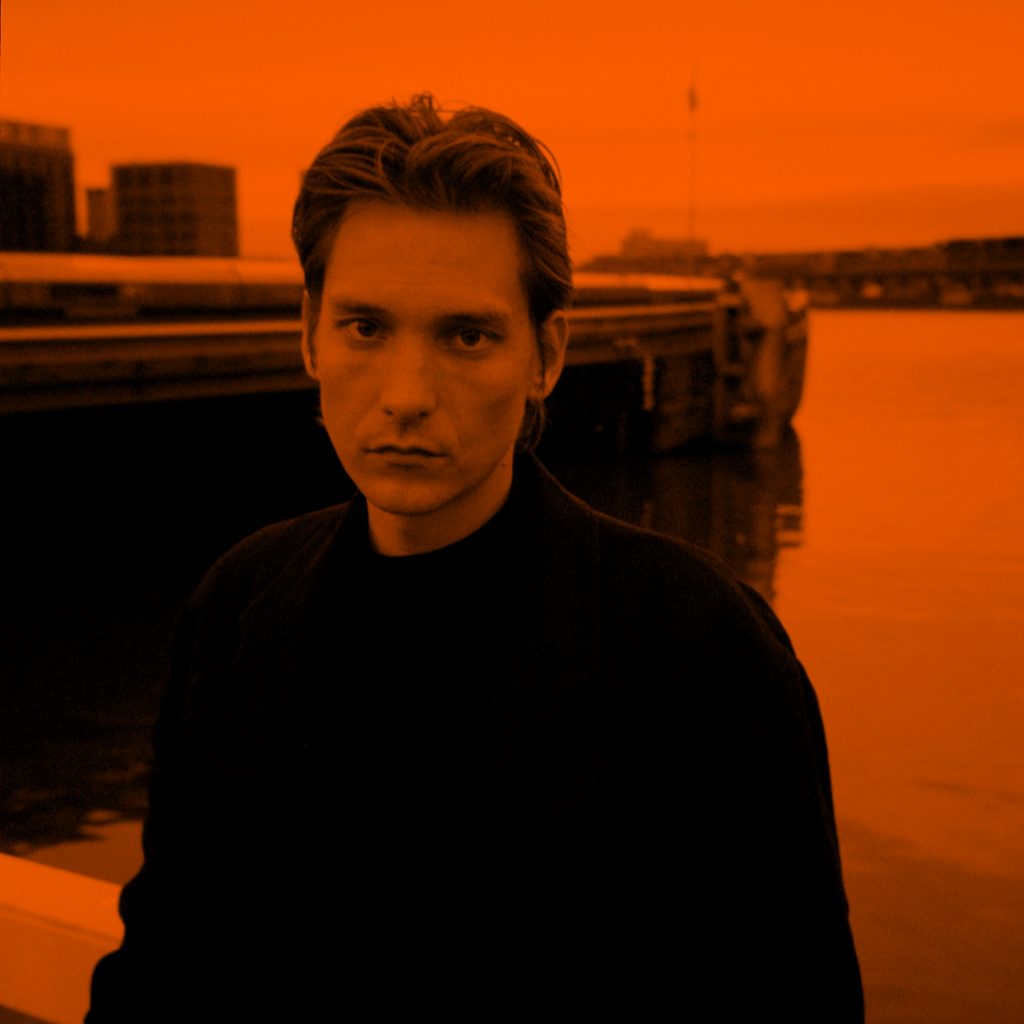 RF: Artists sometimes find things are very different here when they do a residency. And you were parachuted into UBIK

TA: Yes, UBIK is a dance space, basically. And I’m very happy with that.

Because I was looking to test out new [creative] ways for our shared experiences. This desire was growing but before the pandemic there was never any time. If you do the ABC of touring which is; bring out a record and do a tour. All of that. [Sighs.] It feels as if you are pushing a rock up a hill. If you stop, the rock rolls back.

…You need to create time for experimentation and research. And in a horrible way COVID came and it was a perfect time. I needed this time to test these new shared experiences and things that I was upset about, things I wanted to change in my work. As my music and interest in culture matured – I grew up without any cultural background in the north of the Netherlands – my mind has become interested in lots of new, different things. So it was a good time to explore that.

UBIK for me is perfect because I wanted to challenge ideas about the audience and performer, this one dimensional performance. You know the thing, the show starts at 8 o’clock and you’re standing there with a beer… And I always questioned myself why I never liked to go to concerts. I was more interested in a transitional area between performer and audience.

When I moved to Berlin I found clubs very interesting because you could choose where you wanted to be within the music. You could be at the toilet or in the middle of the dance floor. Something in that was so inclusive for me and so fresh, because there was music and there was no endpoint, or strictly beginning and you could do what you wanted, and also just meet people.

Somehow I wanted to put that into a performance, with this freedom as a starting point.

Your music is very romantic, it’s very lush and you fill your music with great swells of harmonies. There’s an awful lot of melodic force in your music. You don’t give space for the sort of tensions silence brings to music.

Completely; and this has been my desire, which has been my desire this past five years. I just released a record called The Collection of Broken Ideas where I explore that. There are two 22 minute tracks where I really get into uneventful music [laughs.] It was so important to do this and as my music is going into ever faster transitions, I need to do these projects. To find the space.

What do you mean by uneventful?

I don’t want to make music where every 10 seconds there needs to be a hook or whatever. I am longing for music that is more spacious, more meditative.

You want a transitional space that other people can walk into?

Yes: I often think that the music I compose is so rich that I can deconstruct it in a thousand ways and it will still be okay. I needed maturity to do that, before I didn’t dare! These last five years or so have allowed me to finally slip into some state of confidence to try things. 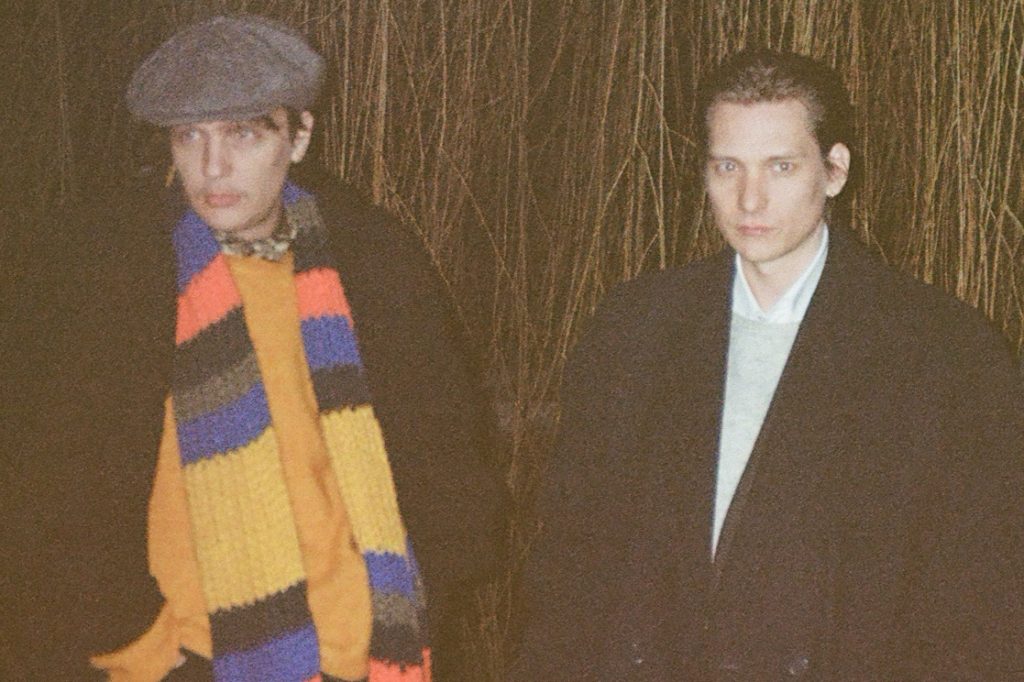 What is it about the north of the Netherlands with all the open spaces?

There is something about the north of the Netherlands that has a feeling of Eastern Europe for me. It feels like you don’t belong to the rest of the country. And there is a feeling of incredible freedom within that. You start doing stuff without questions. The fact I didn’t know all the artistic and musical references my peers had was actually quite a gift because I just got on with doing. I feel I always look back to that, the Friesland of drinking some beers with your mates at the pub. And that’s it! There’s no hipness. You start making music because there’s nothing else to do. And there is nothing to be part of. I never considered what I do as a job because it’s just what I do.

And now you are parachuted into Rotterdam; which also has a weird relationship with space. Because it’s seen as this big city in a smallish land, and also that there are many small, village-like areas and communities in it. And here you are, Thomas, in a black hole in the midst of this, UBIK! You can disappear here, both in UBIK, and in this city.

I completely agree, it’s very different, intriguing here. I have other spaces to use. Your thoughts about space in Rotterdam link into what I am looking for; “something else”.  I am working with singers who worked with Steve Reich – a woman who is incredible. Another singer is from an avant-garde background. She uses her whole face, pulling faces and making the most incredible sound. Then there’s me coming from pop music, making those compositions on my midi keyboard and walking that thin line between kitsch and Baroque, with these incredible singers doing new things.

…Of course I’m afraid but somewhere I have the Friesland kid in me that says “well, why not?” There’s some beauty in that.

Then I work with Bianca who does more spoken word, street stuff.  And everyone I work with here comes from completely different social backgrounds. And we are somewhere where the border between professionalism and amateurism all gets broken down and questioned. I got really interested in the idea of collaboration, and working with people I would never have worked with before, and opened myself to ideas. For instance people with speech impediments or who are hard of hearing can of course be part of a choir. I read that scat and some forms of jazz were inspired by people who stuttered and I just thought, yes! We can do anything. The reality is sometimes difficult because there are clashes with the way people do things, it creates tension. But improvisation is that! We have to use that!

Choirs are interesting aren’t they? They often sing in churches. How does approaching making choral music, in a place you’re not used to seeing a choir work, affect your music?

I’m really struggling with that especially the choir element, the holy feeling. There’s a part of me that likes that struggle. Because I naturally make Baroque music. There’s some part of me that really loves that music. So right now I am fighting against that. It’s the same kind of stuff I discovered in Scott Walker’s records. I’ve been thinking about Scott Walker a lot. How did he do that kind of arranging so well?

I heard a theory, it’s the percussion. Will Sergeant from the Bunnymen reckons that’s the case. Will told me that.

Well that is interesting because what I notice in the work I do in UBIK is that my biggest collaborator is with my guitarist, Obi Blanche, he builds his own guitars and he makes everything that I do that makes sense to me, he derails. He completely destroys everything. He doesn’t understand the difference between major and minor and doesn’t give a shit. He’s just there to make noise. And in that I find something workable.

You keep mentioning the Baroque.  The Baroque – to me – is all about these huge slabs of expression, but the balance is always the key. The drama is already choreographed.  Yet this drummer, Obi Blanche destroys your preconceived sense of balance?

Through working with Obi I have learned to trust other things. I met him 15 years ago in Berlin. He was a guy from Finland who has always chased noise and has an enormous reference library in his head. It took me a dozen years to respect and understand him enough to work together. Because at first you’re just terrified by a man like that! [Laughs.] He gives you 90 minutes of feedback, but I have found that when I take this feedback and compose around it, something amazing happens. That started giving me some answers on where I wanted to go.

How do you see Glossolalia?

We only have two days in rehearsal. We are definitely not there yet and I know I won’t  be happy and I will feel I took the wrong road. I am looking for something more factual and not overly emotional, and I am still working towards that. I’m learning, I really am trying to remove the pop persona but at the same time I try to not get out of touch with pop music. No ten minute noise performance where I’m banging my head on the piano, I promise! More a marrying of the two worlds.

Glossolalia can be seen in WORM on Tuesday 24th August. Details here https://worm.org/production/o-x-worm-o-lab-glossolalia/