WORM: Tell us about yourselves
Roman Hiele + Lieven Martens: We are solo composers and both make electronic music, but with different approaches. I [Lieven] try to process historical structures into something more contemporary; not that you hear that in a literal sense. Roman’s music is very pattern-based with rhythms. We are two points on a spectrum and we’re trying to bring that together.

WORM: How was your time in the studio?
RH + LM: To unite our different styles we really have to be able to gauge each other. The fact that we both work with synthesizers means that we have something essential in common as a starting point. Roman and I are both very inspired by this chance to challenge our musical styles and to go outside of our comfort zones.

It actually happened that we both planned separately to work in this studio, until we realised we should just collaborate instead. Roman has an electronic music label, Ekster, based in Antwerp. He invited me to release a record on this label. I insisted I would only do it if was a collaboration with him.

So, during our residency our focus was on working on this record. We’ve definitely made the first step; we now have fifteen hours of recordings. It’s a lot to work with, but at this point we’ve gotten into a good pattern and we just need to get to the core of it.

WORM: What equipment took your collective eye?
RH + LM: We’ve been working mostly from material that we have on the computer and then running that through the pitch to MIDI synth. This way we can convert audio into a sort of pulse signal. We didn’t use the synths as starting points but instead used them as tools that respond to recordings we already have.

WORM: Why WORM?
RH + LM: Using the equipment in this sound studio was a special opportunity for us. It’s not often that you can get access to this kind of equipment that’s also still in a good state. 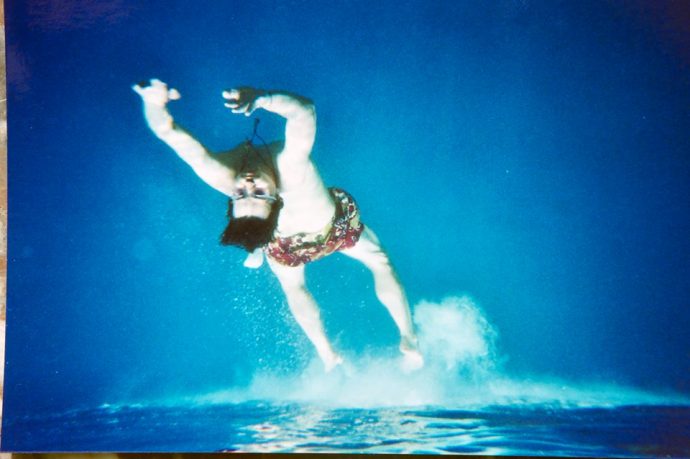