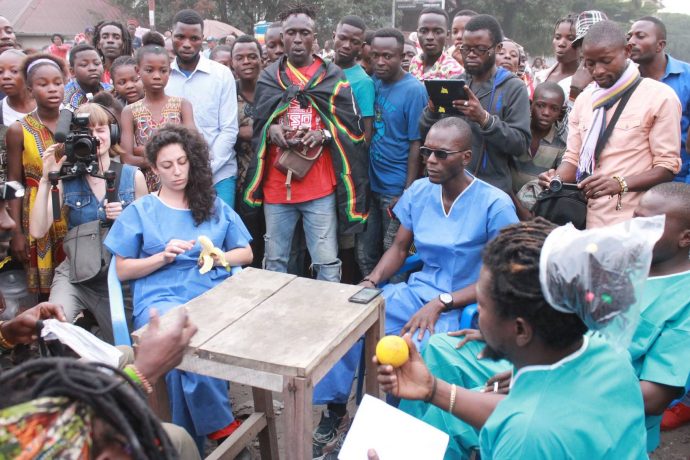 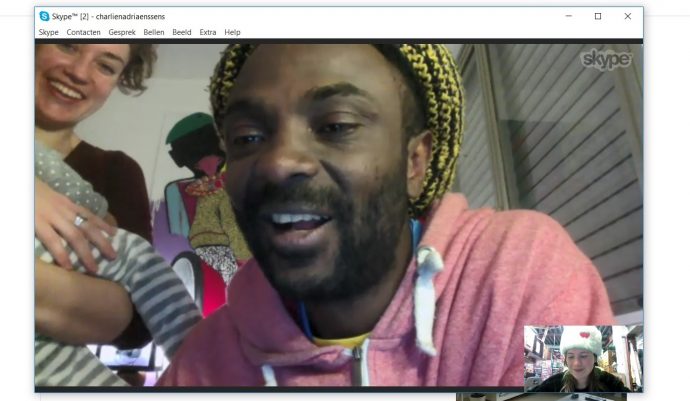 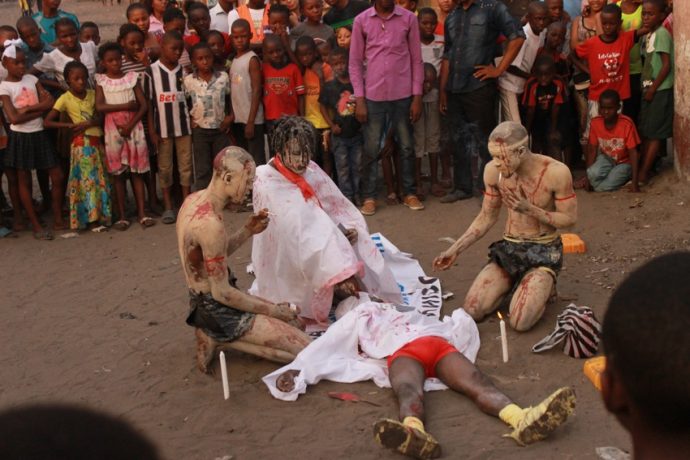 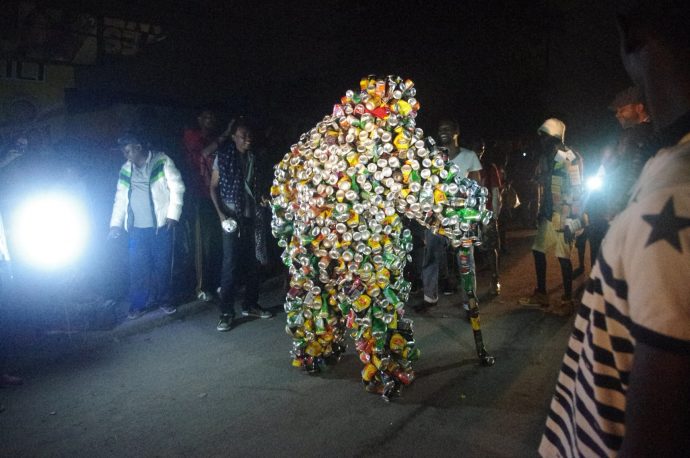 WORM goes to KINACT in DRC – Call For Papers!

Did you understand this text? No? Sorry, but to participate in the festival a knowledge of the French language is needed. But perfection is, as you might have seen, not required. Not French speaking? You can still read about us and support us!

Here’s the deal.
Last year we invited Eddy Ekete and his fellow artists to perform “Les Hommes Cannettes” (the can mans) during our Voodootax Festival in WORM UBIK and Slash Gallery. This first contact was the start of a long term collaboration, because this year we’ll go ourselves to Congo-Kinshasa to participate in KINACT, an international gathering of performance artists from Africa and Europe! KINACT festival runs over two specific time-frames. Firstly 18 – 28 June: with workshops for kids + artists debates, and 2-24 July: the festival proper

The Spirit of KINACT
Unlike other performance festivals we know, KINACT is not about ‘showing your pre-made performance to a different audience’. In fact there is no “core festival”. If you want to participate in KINACT, you travel to Kinshasa 2 weeks before the festival actually starts. You live together with all the other artists and you give workshops to the children of the different neighbourhoods. From the talks with the other artists and workshops, new connections between artists develop and new performances slowly come to fruition. The performances are created in the time you are there, in the middle of the political and social context of Kinshasa at that time, with the materials you find in the streets.

Then the festival starts. There is no central festival space, were visitors pay tickets for venues. The festival, rather, lives in the streets and travels from neighbourhood to neighbourhood, connnecting with all the different areas of the city, combining video projections, debates, seminars, workshops and live performances.

The political and social situation in Congo is very difficult at the moment. But it has always been difficult. KINACT wants to connect and create in a critical but positive way to share with people hope, a voice, some playtime and imagination. See it for yourself:

WORM Residency
To work on the festival, Eddy Ekete and Aude Bertrand, the project leaders of the festival, will do a residency in WORM from March 12-20th. On March 16th during Kunstavond, Eddy Ekete will perform in the Witte de Withstraat. And if things work out (with, you know, finances), we’ll host performance artists from Kinshasa sometime in Spring, 2019. We see it as a connection that will build up over the years and not as a once-in-a-lifetime adventure.

Les Hommes Cannettes
Les Hommes Cannettes was a performance Eddy Ekete developed in his home country DRC, collecting over 200 empty cans that were laying about in the streets. Society’s trash often plays a big role in his expressive and visual performances. By performing both in the streets of Africa and Europe, Eddy Ekete researches the difference in experiencing performances by African and Western-European public groups, ideas on the post-colonial time, and the social struggles and limitations of the art world.