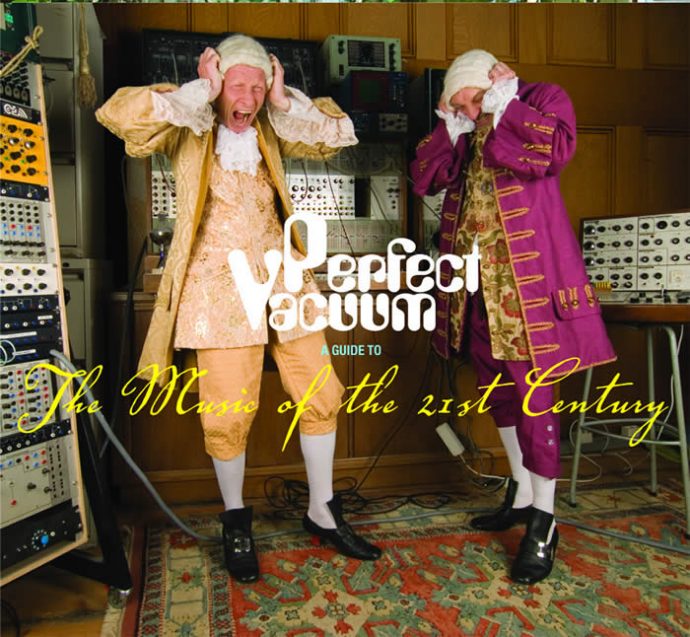 Xentos Fray Bentox was in the WORM Sound Studio from the 19th until the 25th of September, 2016. Together with WORM’s very own Lukas Simonis, he worked on the project, Perfect Vacuum. This character has the habit of continuously reinventing himself as an artist (he’s also known as Jim Whelton, Xentos Jones, L Voag and Dave Marsh to name a few) and has worked on a whole slew of avant-garde musical projects. Luke Fowler made a film about him, The Way Out, a portrait of Xentos and his eclectic career (see clip).

We asked Xentos some questions about his work and his time at WORM.

The opportunity to work at WORM came about when I was over in Rotterdam performing a live radio piece. Hajo Doorn, Lukas Simonis and Henk Bakker were showing me round the studio and we were discussing the upcoming changes to the collection of classic analog synths. For a number of years, WORM has been providing a comfortable home for such venerable and well-regarded instruments as the ARP 2500, an ARP 2600 and and EMS ‘Synthi’ among others. At the end of 2016 these beautiful and unique devices are moving to a new home.

From our discussion arose the very kind offer for me to return to Rotterdam and work with Lukas Simonis on a new project in the studio. Naturally, out of British politeness, I refused. It wasn’t until Hajo and Henk held my head underwater in a bowl of WORM soba noodle soup while Lukas electrocuted me in tender places with a naked mains cable that I accepted. That native British politeness – it gets me in trouble all the time.

Rotterdam is currently on a creative rise. The energy of the city is infectious and, provided you’re open to the abstracted manifestations of this upsurge in imagination and activity, there is much to inspire and drive the creative artist.

Both sonically and visually, the city conjures many surprises and delights for the visitor. Where else in Europe can you get a bad haircut and a tasty Turkish pizza in one shop?

What did you work on while you were here?

I’d previously joined forces with Lukas to work together (over the period 2011 to 2012) on a project we called ‘Perfect Vacuum’. The title is a reference to a book by the writer Stanislaw Lem that is a subversive compilation of critical reviews for imaginary books. Our idea was to incorporate various failed or simply outmoded philosophical and cultural ideas with a rich interpolation of classic pop music memes. The project resulted in a CD and online release entitled: ‘A guide to the music of the 21st Century.’ Naturally, it was nothing of the sort.

In discussing making a new project together at WORM, Lukas suggested that we might find a core for our ideas by producing predominantly ‘electronic’ music. There exists what you might term ‘a cold war’ between the synthesisers developed in the pre-MIDI age and those developed afterwards. However quixotic the idea, the original series of synthesisers (MOOGs, ARPs, Buchlas etc) were designed to be able to imitate any sound in nature. Those early designers envisaged the eventual users building music and sound design without limits.

Post MIDI, from the early-80s onwards, it’s fair to say that the sound palette and creative possibilities of the majority of synths was reduced to a narrow set of options, essentially a limited range of pop and jass-friendly sounds – pads, pianos, organs etc.

For our new Perfect Vacuum project, Lukas and I decided to explore this ‘cold war’, this fault line between these synth designers objectives. The last ten years has seen a return, not just to earlier forms of synth design, but to the increasing development of experimental sound devices. WORM recently commissioned some Dutch synth designers to produce a set of modules for the studio. This convergence of technologies, old, cliched and new, makes WORM studios the perfect place to realise our project and pursue our elusive peculiar desires.

How was that process for you? (and why do you love high ceilings?)

On any number of levels, WORM was the ideal place to work. The constant creative activity of everyone in the building serves to energise the whole space. There’s a friendly buzz running throughout the place that makes you feel welcome – as though you’re working in your bedroom (with the beds taken out!) The high ceilings come in useful when you’ve been sitting in front of an ancient analog synthesiser for three days trying to make the sound of well-endowed rabbit making love to a hungry tiger. By this time you are crawling the walls.. at such times the extra crawl space is necessary and complimentary to one’s health. For audiophiles, the ceilings also lend the studio a rich acoustic character. One of the nicest ways to treat a synthesiser to a good time  is to take it’s sounds out from the digital realm, introduce them to the world by feeding them through a loudspeaker and record the resulting deflections with an appropriate microphone.

Our project, though still in the nascent stages, got off to a highly successful start. Our synthetic  ‘Cold War’ resulted in a strange detente. Buttons were pressed, sonic missiles launched but nothing was annihilated. We would all do well to live in such a happy world! It is here that the myth of the perfect innocence of the artist as a seeker of facts is expanded to surprising levels.

Ash Kilmartin and LIFE – an interview