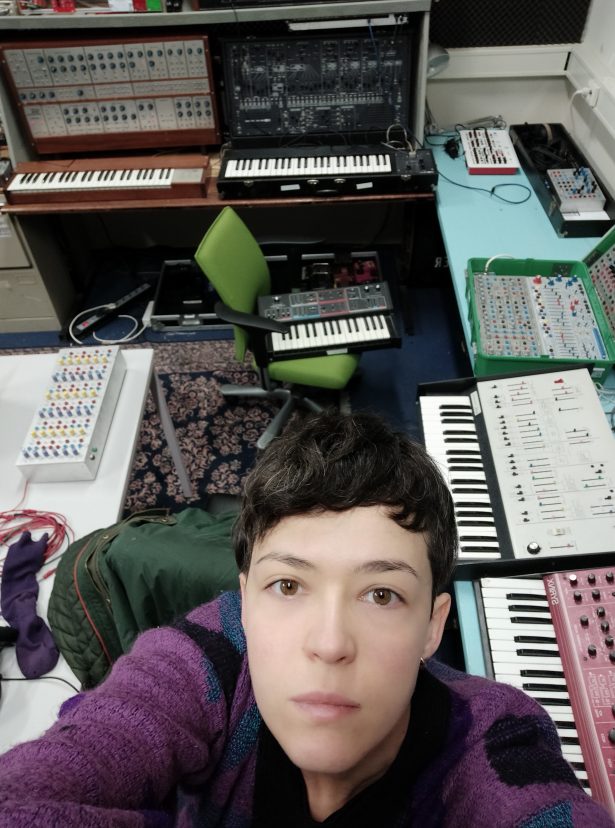 Laura Agnusdei  (IT) is a saxophone player, electroacoustic composer, and improviser from Bologna. Some will also know her as – until very recently – the saxophonist in the brilliant Italian psych-rock band, Julie’s Haircut. Laura spent some time at WORM just before all of this madness took off, working on a radio piece for Dr Klangendum’s radio show. Watch out for that! (we’ll add it here in full when it’s been broadcast).

My work focuses on timbral composition and often, but not always, involves wind instruments and electronics. In November 2019 I released my first solo album, “Laurisilva”, its six tracks invite the listener to explore an imaginary landscape made from sounds growing and layering like biological organisms within a forest. I am also active as a composer and performer for cinema works, mainly scoring silent movies and archival material.

What did you want to make at WORM Sound Studios, and were you “successful” in that?

I came to WORM Sound Studios to collect sounds for my new album. I was in a moment where I needed time and space to focus on making new music. To have the chance to work with instruments that I never touched before was a good challenge to keep my creative energy going, after a period of time spent mostly touring and playing the same live set. I recorded a lot of what I call “bubble sounds”, blips and blops that I particularly enjoy to use in my music. It was very nice to just jam and record, without the pressure to produce a complete track.

Some of this material was then included in a radio piece I composed for “Klangendum” a programme curated by WORM’s Lukas Simonis. “Hand in Hand with a Stranger” is that piece; composed partly during my residency and partly during the Covid19 pandemic lockdown period. It’s inspired by the art of Lithuanian-American videomaker Jonas Mekas, its form is what we can describe as an audio-diary; a collection of personal thoughts, feelings, and small ordinary events that happened between January and March 2020, when I was touring southern Italy and during my residency period in Rotterdam. Nevertheless, these sonic sketches are not presented in a chronological sequence but assembled freely to compose an intimate story where a state of displacement and loneliness triggers an intense and attentive relationship with the surrounding world.

Any particular equipment you had your eye on at WORM?

Nothing in particular, I was just excited to have so many synthesizers around me. I just own one at home so I felt like a baby in a candy shop. In the end I quite enjoyed working with modular synths, which I wasn’t expecting. 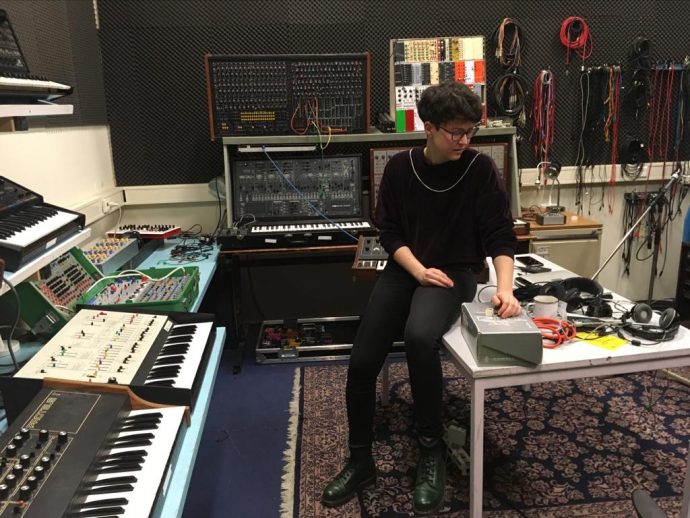 How do you approach making sounds?

I am very focused on the timbral quality of sounds I am working with, and that’s what brought me to electronic music when I was an instrumentalist: the possibility to work with a broader timbral palette than just one instrument. I could call my approach timbral composition, but this doesn’t mean that other components like melody are not part of it. So yes timbre is actually always my starting point and everything else (structure, melody, meanings) seems somehow to result from the timbral aspects of sounds I start to compose with. It is a very complex discourse, because firstly we should agree on the term “timbre”, which is a very slippery one. That’s why it is more often explained with a non-definition like “it’s everything else but pitch and loudness”.

Timbre is always the result of an interaction of more parameters within a single sound.  Furthermore, it could be seen as the combination of different aspects of a sound that give us hints about how the sound is produced: the material involved (e.g., if it’s electronic or acoustic) or the specific gesture behind its production (a string being plucked, an object being hit). In the listening process of timbral recognition, a lot of mental associations are activated; what Gabriel Paiuk defines as “layers of associations”. For example, “these sounds reminds me of a saxophone, but also of a duck  but also has something metallic in its texture…”  Those are the kind of fascinations that drive me in sound making.

What do you think of Rotterdam?

I love it. I lived in Den Haag for 3 years and I always thought “damn, why I am not in Rotterdam?”. There is so much going on and I love its modern architecture and how it is international and full of creative people.

Any plans for the future, if we can look past current events?

Now I am really focusing on new strategies to survive in this new situation and the future seems really out of hand. I think we need new formats to maintain a meaningful way of sharing music, something that can fit and still create forms of connection which are not just online. So, if in the beginning my plan was to make a new record, now I changed my mind. Does this have any sense if I don’t know how and when I could share it outside of streaming platforms? I organized a virtual workshop about live scoring silent movies and I am thinking about how a format like sound walks for example could be good to gather people in safety and to explore this new challenging situation. I don’t feel like, just wait for things to be back to “normal”, because I see the danger of ending up living only inside an online world. I think this particular moment is a chance to rethink our position as artists in society, the future will depend on our presence.

Open City
We use cookies to ensure that we give you the best experience on our website. If you continue to use this site we will assume that you are happy with it.Ok