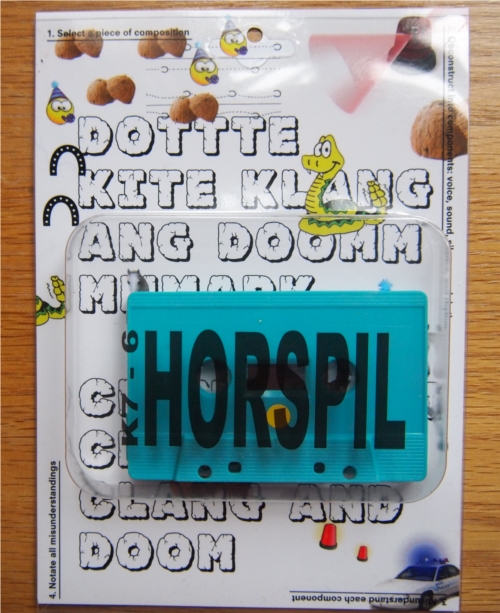 This is part of a new batch of radio plays (K7-6 and K7-7) concocted in the WORM SOUND studio! And in a new packaging, too. Each tape is a split release, this one has a piece by Martijn Comes (sounds) and Martin Reints (poems, voice) called ‘Stretch Limo’s/Moeras’, followed by some ‘making of’-conversations on the A-side, and ‘Polletje Pallieter’ by Sylvie de Pauw, Bart Maris and the X Static Tics on the B-side.

It’s not as enjoyable for non-Dutch speakers though. Especially ‘Polletje Pallieter’ which is a mix of Flemish and Rotterdam heritage nonsense, bursting with funny, cut-up and diverse dialogues and absurd stories. Pallieter was a literary character created by early 20th century Belgian writer Felix Timmermans, Polletje Piekhaar you could call his peer from pre-WO II Rotterdam (by writer Willem van Iependaal).

However, Martijn Comes’s analogue synth workouts are definitely rewarding for the listener. Apparently he also used Locatelli’s ‘Labyrinth’ (easy to get in, hard to get out)…

You can find the full listing of WORM’s Horspil publications in the Underbelly shop.