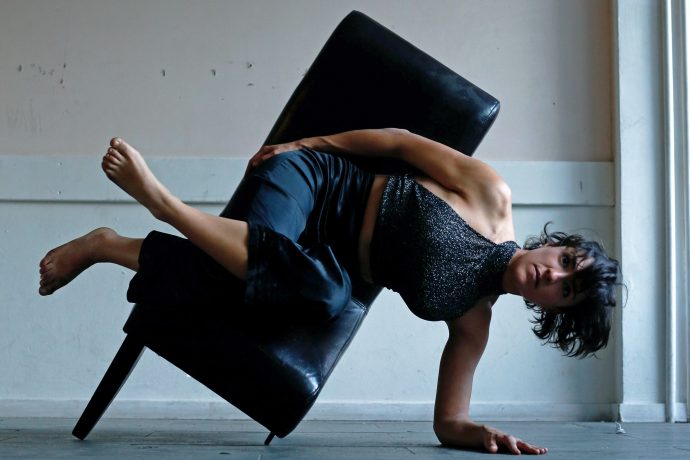 In front of me is Marta Wörner, a dancer, performer and choreographer originally from Spain, based in Rotterdam. During the last year Marta has been working on an installation with two dancers, and also on a project with a Spanish dramaturgist; a long-distance collaboration. We’re sitting in WORM’s backstage, after Marta has finished her performance for IMACO. She’s the one slated to kick off this new series, loosely based on a project I did earlier in Italy – where we opened a new bar and wanted people to instantly feel at home. To do this, we asked everyone to bring an object from their homes to the bar, and then to leave it in the bar. I talked to everyone about where their objects came from and why they took it here. I still have a giant Excel file on my computer with many names and object descriptions!

When I came to WORM, the Wunderbar gave this same impression: a place where people left stuff, like a living room, a bit messy but welcoming, a space with a story. As a new inhabitant of Rotterdam, I wanted to get to know more about WORM, get experience in Rotterdam’s art scene and meet artists. I started an internship for Charlien’s art and performance programme, just at the moment the corona crisis started and everything got cancelled! From our home-offices, Charlien and me started talking about what we could do. Italy was on my mind a lot, so I had to think of the “project with the objects”. People could not be together, but objects can always be together. In the recent past, Charlien had experimented with the idea of “Kill your Darlings” -a series based on how to let go of things and how to create space for the future. The series raised questions like: “Why are we attached to objects? What is our connection to it?” These became central questions for a new project: the performance relay “IMACO”. What we liked specifically was the idea that artists would not only come to perform one last time with their object, but also that they would adopt an ‘abandoned’ object from another artist. You give something, you get something. If we continue this project, who knows, in the end all artists in Rotterdam will have one object from another artist?! We hope that soon all artists can come together with their newly adopted objects;ones which give inspiration for new performances… 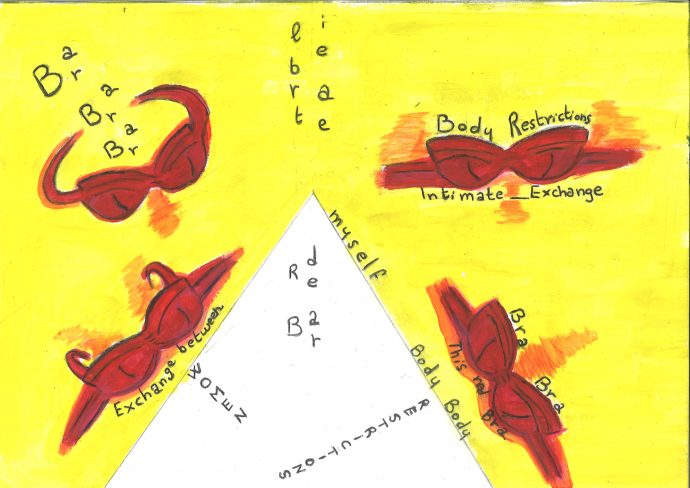 Back to Marta! How did she come up with the idea to bring a red bra as her object? Her research is based a lot around social conventions and the body, recently focused on that topic. “I’m wondering how our body would be without restrictions, and how clothes are a metaphor of that restriction.. These reflections are connected to my choice for the object: the red bra”. Is that a symbol for a restriction of the female body?

What was the story behind this bra, I was very curious about it! “I was looking through my room to find something for this project, when I saw this red bra. It grabbed my attention, and I decided to get rid of it. I have had this bra since 2003 when my mother gave it to me as a present. In my country it’s something that usually women do as an intimate exchange, like a tradition between aunties or a mother and daughter. So I have a sentimental relationship with it, but I also have double feelings about it. It travelled a lot with me over the past few years, but I never used it.”

So Marta decided to give the red bra a nice funeral, by doing a performance to say goodbye to it. The performance gives the opportunity to have fun with it, but at the same time it’s also liberating her, to enact a funeral for something that has to be in a specific place on the human body, as a restriction. “My mother bought this bra in a shop called “Woman’s Secret”, I was really surprised when I discovered that this is a super expensive piece of cloth! For me it’s a really strange thing…that a woman could pay so much for clothes…”

While talking, we were thinking about body restrictions and how clothes are so symmetrical, while our human bodies are so asymmetrical. It seems that our clothes want our body parts to stay in a specific place: “A thing that kept my attention was the regular shape of the cups. The other detail is that the bra has like a stick made of silicon that pushes the tits up” observes Marta.

I’m thinking about restrictions, the double feelings Marta has about this feminine object; how for some people it could be a restriction and for others an important piece of clothing, otherwise they feel uncomfortable. I’m also wondering about the concept of liberating ourselves…with our asymmetrical bodies. I imagine this red bra flying in the sky to an uncertain future. Now: what do you think about these thoughts?